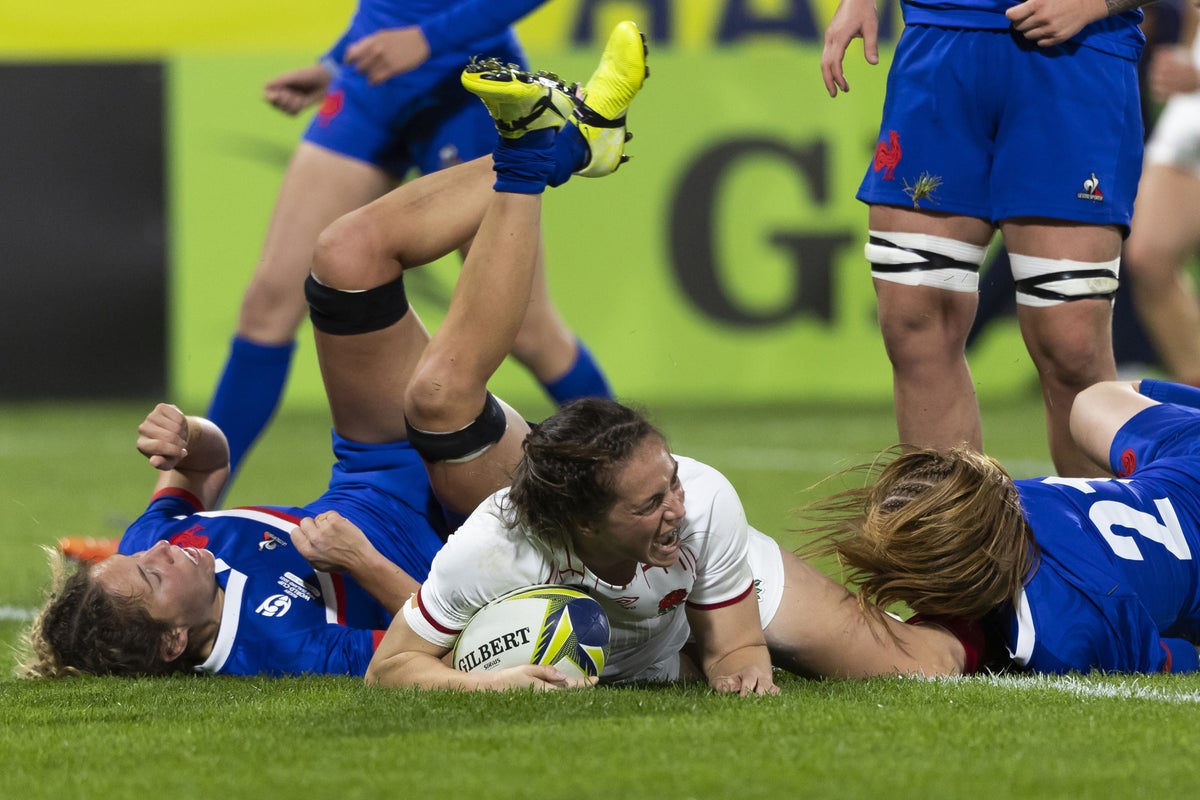 Emily Scarratt scored all England points with one try, one conversion and two penalties enough to give the Red Roses their 27th straight win.

France were overwhelmed for much of an attrition competition at Whangarei, with Alex Matthews and Marlie Packer the driving forces in the England pack.

But France refused to back down and Gaelle Hermet’s converted try set up a grandstand finish from which England emerged relieved with a second win in the competition.

England had defeated Fiji 84-19 in the World Cup opener, but France presented a far stronger test ahead of the Red Roses’ final group game against South Africa.

France, who had beaten South Africa 40-5 in the World Cup opener, found themselves under pressure early on and were severely hampered by the loss of two influential players.

Star scrum half Laure Sansus was eliminated in the 12th minute after suffering a potentially serious leg injury.

Romane Menager, number eight, was knocked out after a tackle five minutes later and also walked off the field on a cart.

England’s superiority was revealed after 24 minutes as France held tight to their line.

After several phases, Zoe Harrison played an inside pass to Scarratt, which showed her power to overtake.

Scarratt added the extras and a penalty at the end of a first half in which France made 127 tackles compared to England’s 35.

The pattern of play remained the same after the break and Scarratt uncharacteristically spilled the ball with the try-line call.

Hooker Amy Cokayne got over the line, but not for the first time a French body had dug underneath to prevent the hit.

Scarratt extended England’s lead with a direct penalty before France landed a sucker after 64 minutes.

Caroline Drouin’s chip found Joanna Grisez in space and the wing made ground before knocking over the replacement Hermet.

Drouin’s conversion made it a one-goal game and England were shaken in the closing stages as France captured the ball and sent the ball wide.

But England held on to claim their 11th consecutive victory over France and continue their winning streak.

Volvo's C40 Recharge, the electric vehicle that could very well suit you

The funeral of Creeslough victims Robert Garwe, 50, and Shauna Flanagan Garwe, 5, will take place this morning