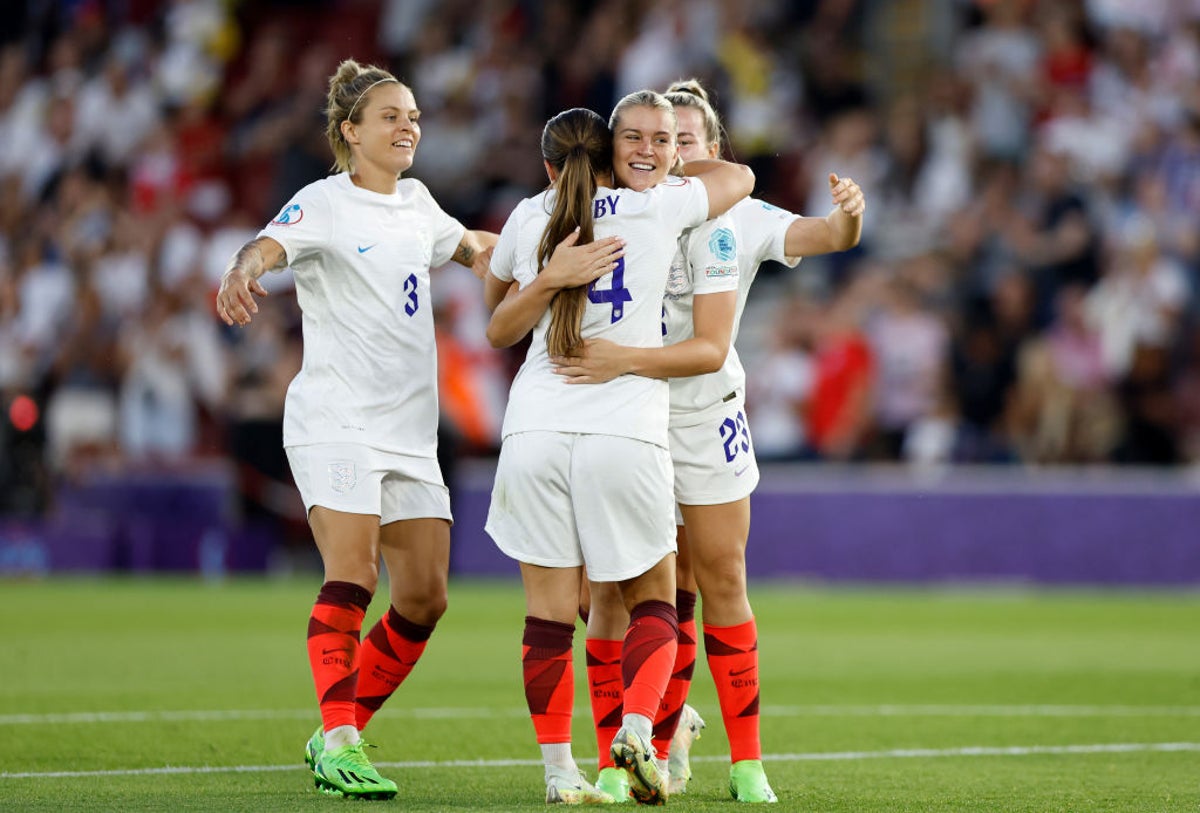 England wanted to round out this group by keeping their rhythm and will go into the knockout stages in full swing. With Sarina Wiegman self-isolating after testing positive for Covid-19 and assistant Arjan Veurink taking charge in her place, the only changes were in the dugout and on the scoreboard.

The same starting line-up that gave Norway a hell of a win scored just five goals instead of eight this time but still forced a resilient Northern Ireland to their will.

Those who arrived at St. Mary’s expecting another mauling had to wait for it. Although it was predicted that another record result and possibly double digits could be achieved, discipline, organization and determination are the qualities that brought Northern Ireland to its first major international tournament and they should not be forgotten anytime soon. During a hard-fought first half, Kenny Shiels’ side proved at times that they could pose a threat of their own.

Barely a minute had passed when Lauren Wade snuck in on Rachel Daly’s right, cutting inside and forcing an unsafe stop on Mary Earps. The England goalkeeper had had as many shots on target in Brighton four days earlier as she had all evening. It wouldn’t be the last either, with Wade harassing centre-backs Leah Williamson and Millie Bright, slipping into the game twice more while the game was still goalless after examining the work of Rebecca Holloway and Kirsty McGuinness.

Those were exceptions to an otherwise expected first half. England were predictably dominant, albeit not with all the early intensity that snuffed out Norway. As at Brighton, an early penalty might have helped speed things up, but referee Esther Staubli reversed her decision to penalize Laura Rafferty for handling a Georgia Stanway shot. The fieldside monitor helped her see that Beth Mead had committed the same offense seconds earlier.

The breakthrough came five minutes before half-time. It was at this point that the mounting pressures on Northern Ireland were beginning to make themselves felt. Sooner or later one of the rebounds would bounce off their desperate blocks and final challenges for an English player. Fran Kirby was the lucky one, although their association with the ball jutting majestically into the top right corner and out of reach of Jackie Burns was not a lucky one.

With their resistance broken and the rowdy group of green-white traveling support finally reassured, Northern Ireland would concede again before the break. Mead sits two goals clear at the top of the Golden Boots standings after her fifth of the tournament fended off Rachel Furness – enough of one to dodge Burns and nestle in the bottom corner, but not well enough to see her as own went down gate. The group stage is often the key to finishing as a tournament’s top scorer and Mead’s biggest competition now comes from one of England’s second-half substitutes.

Alessia Russo was one of three substitutions at half-time, alongside Ella Toone and Alex Greenwood, and she made an immediate impression. On a night when Ellen White was hoping to match and surpass Wayne Rooney’s all-time record for an England senior team, her understudy replaced her and picked up a brace. The first, as against Norway, was a skillful header that converted a Mead cross. The next was her seventh in just 10 caps and perhaps the best, made possible by an exquisite twist to rig Toone’s pass to score and then a clinical, unforgiving finish.

Considering how fiercely they defended for most of the first half, Northern Ireland didn’t deserve a fifth goal over 90 minutes. But when the time came, the Shiels part-time workers were on their feet. Her manager turned away, head in hands, after watching substitute Kelsie Burrows stick her right leg out to block another cross from Mead, accidentally deflecting it into an unguarded net. Maybe Burns called for the ball and she didn’t hear, but even then it was a cruel clean sheet. Russo should have added a sixth late to complete their hat-trick but missed from point-blank range.

However, very little was expected of Northern Ireland and they can leave with pride in their performance, particularly in the first 40 minutes here. Expectations have grown for the Lionesses with each of the 14 unanswered goals they have scored in this group stage. But they keep meeting her.