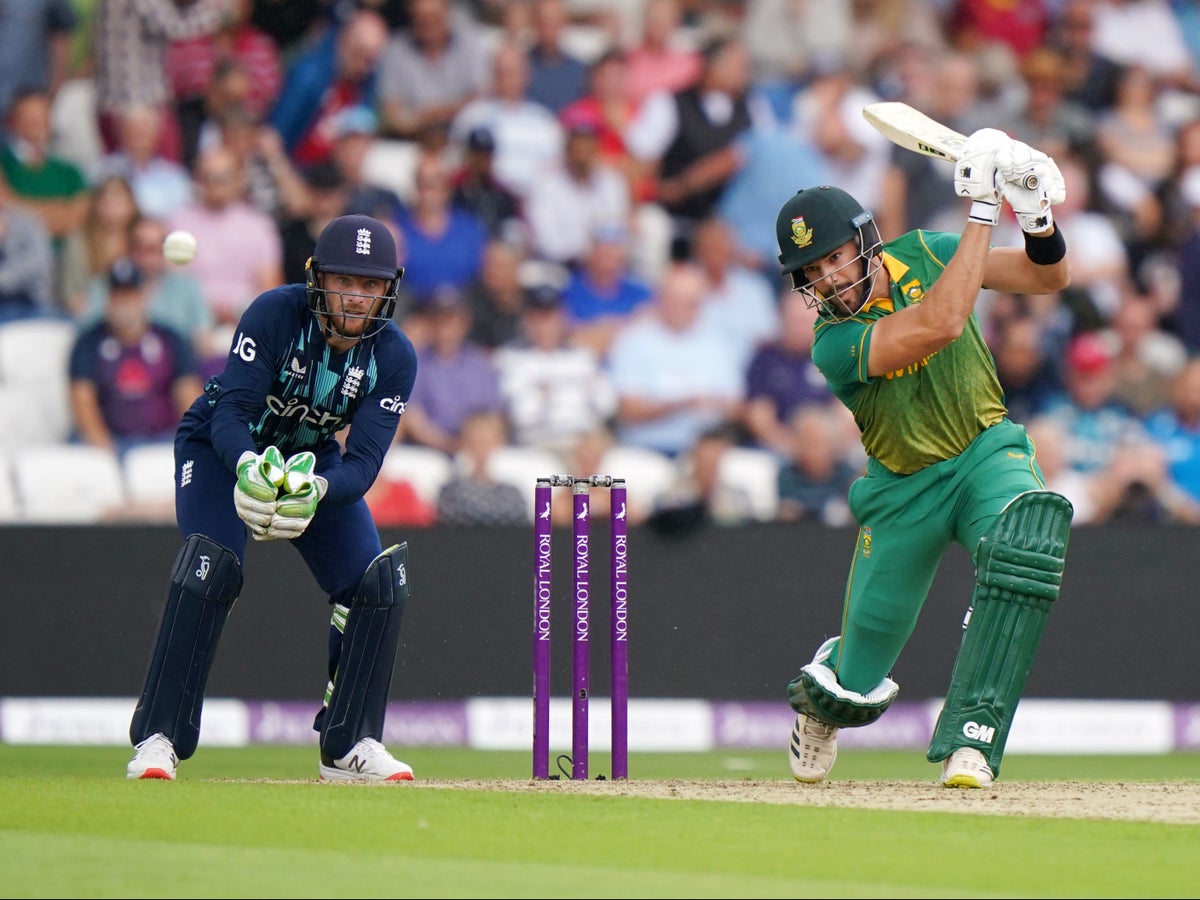 Watch live as England take on South Africa in the final and crucial one-day international at Headingley.

England lost the toss and were made to bat by South Africa. It was the final game against captain Jos Buttler, who had recently lost to India at the Oval and to South Africa at Chester-le-Street.

England have called up an unchanged side since their 118-run victory in the second ODI at Emirates Old Trafford on Friday, with the Proteas also making no changes. Craig Overton has been released from the England squad and will be available for Somerset ahead of their County Championship game in Essex which starts on Monday.

Follow the latest live coverage of tonight’s game on the live blog below:

Moeen Ali to Quinton de Kock. Off the ball at break length, defending off the stump on forefoot, to short extra cover for no runs, caught by Roy.

Moeen Ali to Aiden Markram. Ball outside break length, working outside stump on front foot, too long for 1 run, caught by Willey.

Liam Livingstone to Quinton de Kock. Half volley off the break, front footing outside the stump, timed well to put 2 runs in deep cover, run protection by Bairstow.

Liam Livingstone to Aiden Markram. Ball out of rest length, work to leg on back foot, mistimed back to bowler for no runs.

Liam Livingstone to Quinton de Kock. Ball outside break length, slicing outside of stump on back foot to take 1 run in deep cover, caught by Bairstow.

Bus service from Éireann is suspended on some routes today