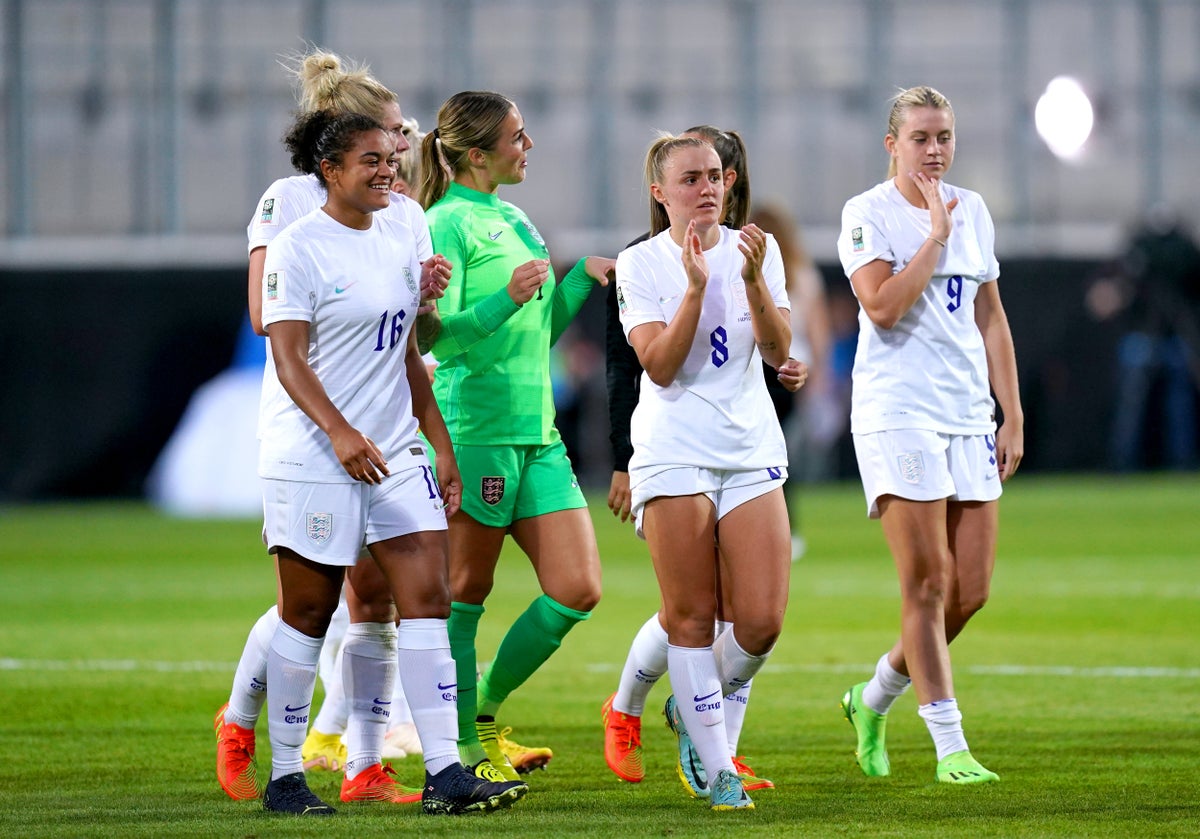 Sarina Wiegman has stressed England’s anticipation of next month’s Wembley clash against the United States now that World Cup qualification is assured.

A few days after the Lionesses’ Euro triumph at the stadium on July 31, it was announced that they would return for a friendly against the reigning world champions on October 7.

The prerequisite for this was that the team secured a place at the next summer tournament in Australia and New Zealand in September qualifiers – a job that was completed by a 2-0 win against Austria in Wiener Neustadt on Saturday.

Like the European Championship final against Germany, the October game at Wembley is sold out.

And when boss Wiegman – whose team ended their Group D games with a game against Luxembourg at the bet365 stadium on Tuesday – was asked if it was time to look forward to the USA encounter, she said: “Up definitely, yes.

“I think we were already really, really excited about this game but you know you’ve got to put it to bed until you qualify, you never know what’s going to happen.

“Now that that’s done, of course we’re going to play on Tuesday and we want to enjoy the game again – there will be 30,000 fans in the stadium, people will also be watching the game on TV. That’s why we want to make a good game.

While Saturday’s game was also sold out, the scene provided some contrast to Wembley with just 2,600 spectators.

A small number of away fans made the journey, while there were also Austrians who wore Lionesses shirts at the game and Wiegman was asked if she had made England cool again with what had happened at Euro.

And she said with a smile: ‘No, I think we made England cool! England used to be cool. I think they just like the shirts!

“But I think how we played, how the tournament was – it wasn’t just England, I think there were so many very good games – we wanted to inspire the nation, but I think this tournament inspired Europe and beyond , and that’s what it shows, and actually that’s pretty exciting too.

“People come to us and want our signatures, and they are Austrians.”

After starting from an unchanged starting line-up throughout the Euros, Wiegman made three changes for the game: Alessia Russo replaced former record goalscorer Ellen White, Ella Toone came on for the injured Fran Kirby and Rachel Daly came on for Alex Greenwood.

Russo put the Lionesses ahead in the seventh minute and the win was ended by a second-half goal from substitute Nikita Parris.

Referring to the match against Luxembourg, Wiegman said: “Some players might need a little more rest because they came from the EURO with fewer minutes of play, less training and still not fully recovered.

“But we will think about it – and it gives other players a chance too.”

https://www.independent.co.uk/sport/football/england-sarina-wiegman-lionesses-wembley-usa-b2159411.html England’s anticipation is mounting for USA’s clash at Wembley Stadium after reaching the World Cup