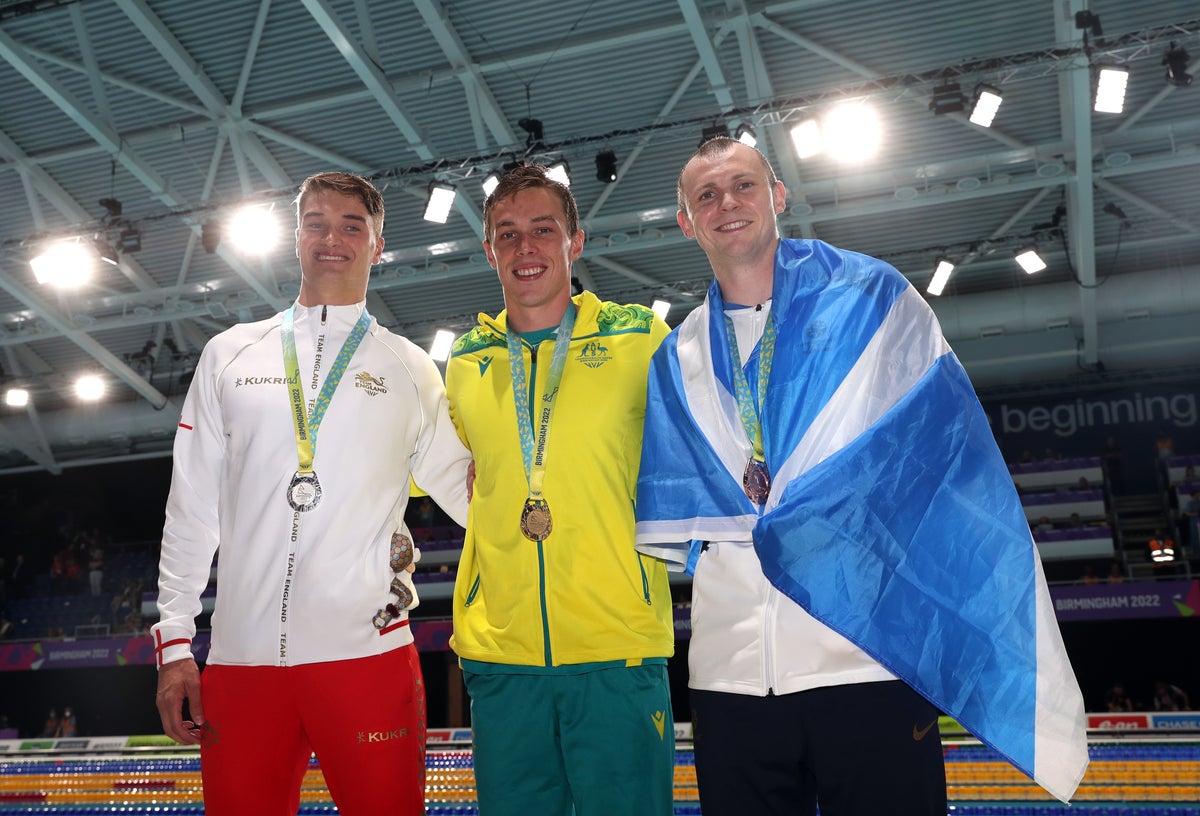 Wilby and Murdoch achieved a double in the men’s 200m breaststroke on the Gold Coast in 2018 but settled in Birmingham with silver and bronze respectively, behind world record holder Zac Stubblety-Cook as Australia won five of the seven golds offered on the opening day in the swimming pool.

But while Wilby was unable to defend his title despite leading the first 150m before finishing 0.52s off Stubblety-Cook’s winning time of two minutes 8.07s, he was content after over turbulent past 12 months.

“It’s been a strange year, a bit of a rollercoaster ride, so I’m really happy to do that,” said Wilby, who won one of England’s two silver medals at the Sandwell Aquatic Centre.

“Basically I was coming back from the Olympics and was really struggling with where I was and not knowing if I wanted to continue swimming.

“I had to take a bit of time out of the water, slowly get back in the water, get expert help and really work on myself. That put me in a really good position, so I’m really happy.

“Whatever medal I get, whatever place I get, as long as I try. For me, the main thing now is to be happy in sport and to make my family really proud.”

Murdoch, a gold medalist at the event in 2014, briefly withdrew late last year but did not publicly announce his decision, reversing a few months later.

“Now I’m standing here five months later with this bronze around my neck on the first day of the meeting and there are five days to go,” Murdoch said. “The work is not yet complete, but this is just the beginning.

“As I was walking off the pool deck, it caught me just as I was coming off the race. I kind of put my head in my hands, it was just surreal.”

Murdoch was fourth heading into the final 50m, but edged out Australia’s Matthew Wilson by 0.16s on a night that saw Scotland claim three bronzes. Katie Shanahan finished third in the women’s 400m individual medley despite being the second slowest qualifier for the final.

“I was very emotional after the race,” said Shanahan. “I didn’t really think it happened.”

The England quartet of Lewis Burras, Tom Dean, Anna Hopkin and Freya Anderson took silver in the 4 x 100m mixed freestyle, finishing 1.27s off Australia’s winning time of 3min 22.45s in a cacophony of noise in the special arena built for these games.

“All the energy that goes into it is greater than any other competition we’ve been in,” said two-time Olympic gold medalist Dean. “Everyone calls it the biggest since London 2012.

“It’s getting the coverage we want, there’s eyes on the swimming, eyes on the England stars and that’s only going to do great things for the sport.”

‘We had a ball with Trump’: The Irish culture warriors who became darlings of the American right