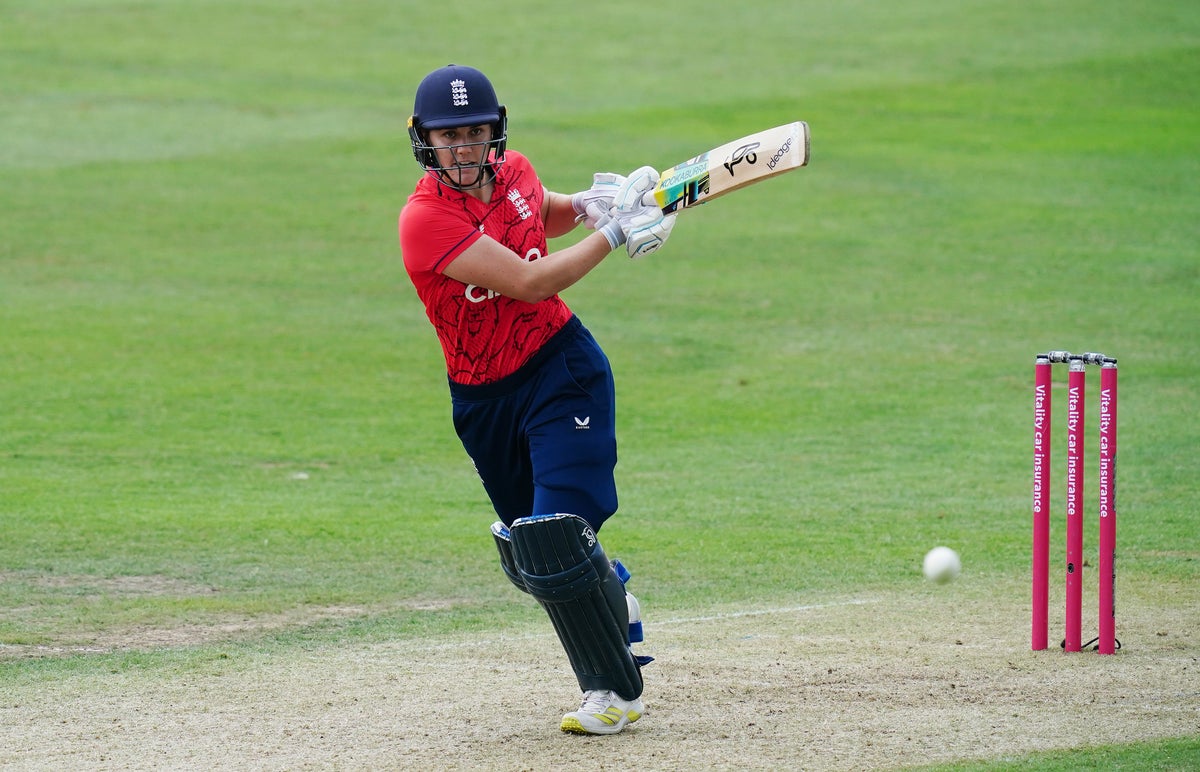 Katherine Brunt reminded fans, teammates and even her own wife of her talent with a record-breaking 103rd dismissal in England’s six-wicket Twenty20 win over South Africa at New Road.

Nat Sciver, who married Brunt in May, witnessed her wife’s milestone by filling in for captain Heather Knight, who was sidelined with a hip injury sustained in England’s first three-game T20I series win on Thursday .

“I sometimes don’t believe (how good Brunt is) because she’s just my partner, my wife, but it’s really special for her to be the leading wicket-taker. She can create something out of nothing,” Sciver told Sky Sports.

Brunt, who announced her retirement from Test cricket in June, eventually wrote her name in the history books but missed an earlier opportunity when Sciver dropped a hook of extra cover on her second delivery of the over.

“We’re going to miss that firepower in our bowling offense when she retires,” Sciver said.

“(The dropped catch) wasn’t one of my best moments. Unfortunately we have to talk more about this later today!”

England had gone into the game 10-2 up, having also won all three one-day internationals and the opening T20 game in Essex after a draw in the independent test.

They complete the three-match series in the derby before women’s cricket – also in the T20 format – makes its Commonwealth Games debut in Birmingham. England meet Sri Lanka on July 30 before a rematch against South Africa on August 2.

Danni Wyatt, who hit 39 from 24 balls and became only the third Englishwoman to hit 2,000 T20I runs, said the comfortable win only boosted England’s confidence in winning their home games.

She was particularly impressed by some of the new additions to the squad including 17-year-old Alice Capsey, who was called up in place of Knight and took her first wicket on her second delivery on the debut.

Wyatt said: “This definitely bodes well for the future of the Commonwealth Games.

“We can’t wait, obviously it’s new to us and to be part of the Commonwealth Games is a dream come true. I’ve always watched it, I’ve always watched the Olympics too and last week when we had kitting out day it really started and we’re all really, really looking forward to it. Everyone who is here deserves to play for England.”