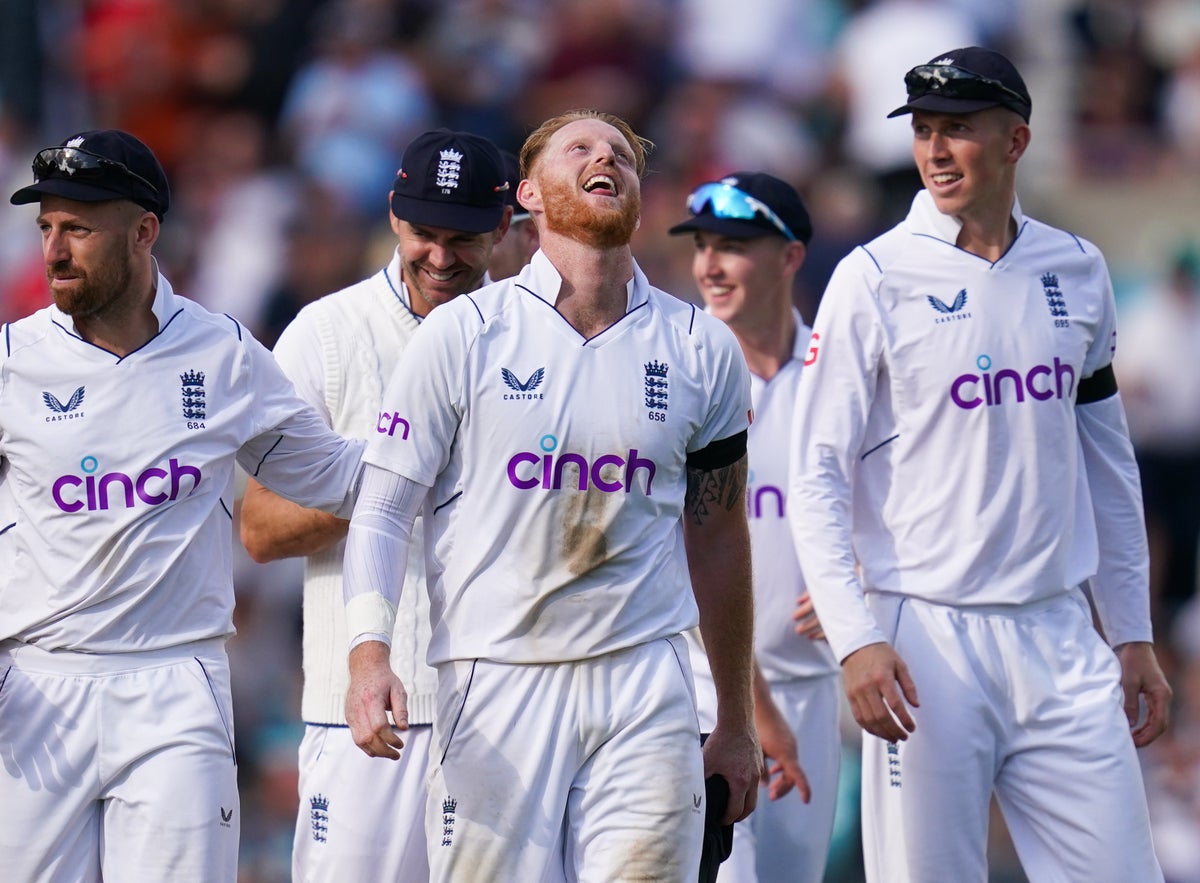 England’s sailors used a generous move to regain the initiative on a rocking penultimate day of the third Test against South Africa at the Kia Oval.

The hosts endured a frustrating morning, losing their last three wickets within the first quarter of an hour while a 40 lead in the first inning was wiped out before Ben Stokes’ pre-lunch break.

Dean Elgar, who failed to review an lbw judgment against him, proved costly as South Africa stumbled at the tea from 83-1 to 146-7, a 106 lead, with England now seemingly on the rise.

There were two wickets each for Stuart Broad, Ollie Robinson and Stokes, with one for Anderson, in an afternoon when South Africa’s batters were completely outwitted by an amazing swing.

The day after going 36-6 in that abridged decider on a poignant Saturday, Elgar and Sarel Erwee showed due caution with the new ball, putting on a battling 58 despite England challenging both sides of the racquet.

Stokes waved Erwee out for 26 before lunch, angled one over the left-hander and took the ledge, and greater cloud cover and a wetter feeling early in the afternoon session played into England’s hands.

Still, they were grateful when Elgar started stomping off the field before the referee raised the finger to become Broad’s 564th Test victim, propelling the veteran English seaman over Australian grandmaster Glenn McGrath and into the top-five on the all-time list .

Replays showed the ball drifting down the side of the leg before Anderson moved the ball either way, confusing Keegan Petersen, whose jab hit the edge and got stuck in the slips.

Broad also found some movement in the air, but it was a full and straight delivery that was enough for Ryan Rickelton, caught lbw on the back pad. Perhaps with Elgar’s sacking in mind, Rickelton questioned the decision, but he was clear.

Khaya Zondo and Wiaan Mulder resisted for 14.5 overs but added just 25 runs in that time and Robinson returned to attack to remove both and turn the dial firmly in England’s favour.

Cramped in his back foot, Mulder was only able to cut a cut to his stumps to hand Robinson his 50th Test wicket, averaging under 20 while he was in the clover when another inswinger did for Zondo.

The South African batsman did not appear to offer a shot as he was rapped onto the pad, although the third referee thought he did when Zondo checked. It didn’t matter, however, as the decision remained with the referee on the field as the tourists slipped to 133 for six.

England thought they had improved their position when Marco Jansen pushed Stokes into the slips only to signal a no-ball. But Stokes made amends with a hooping inswinger that castled Jansen with the last ball off the tee.

Earlier, England were out with 158 overs in 36.2 – the same length as South Africa’s first innings, with Marco Jansen celebrating his recall five for 35 after Ben Foakes was the last player to drive into the cordon.

Robinson humbly chipped the second ball of the session to short cover Kagiso Rabada, who also snared Jack Leach after hacking the fast bowler onto his stumps.

https://www.independent.co.uk/sport/cricket/ollie-robinson-dean-elgar-south-africa-england-anderson-b2164881.html England’s seamen find momentum to get South Africa in trouble over tea

Car Advice: What is keyless car theft and how to avoid becoming a victim of it

Brighton draw Arsenal after winning the Cup at Forest Green