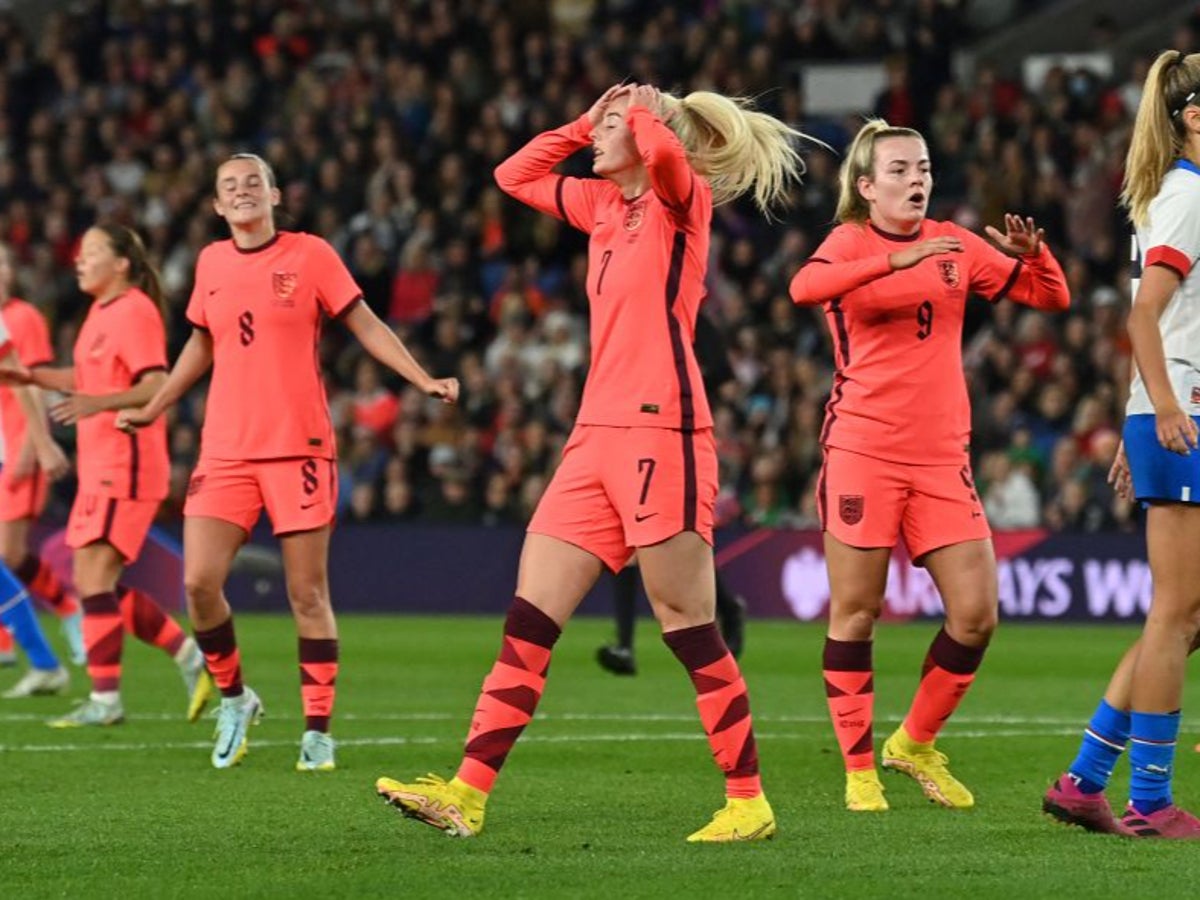 England’s 15-game winning streak ended with the Lionesses drawing 0-0 against the Czech Republic at the Amex Stadium.

After beating the United States 2-1 at Wembley on Friday, England managed to maintain their 24-match unbeaten run under coach Sarina Wiegman but were unable to extend their winning streak despite twice batting against the woodwork, before 21.222 South Coast.

It was a game of milestones and first appearances with Lucy Bronze winning her 100th cap for England while Esme Morgan made her debut and Lauren James her first starting XI.

The visitors had a chance in the second minute from a corner, but Klara Cahynova’s shot went over the bar.

England were close in the fourth minute but Lauren James – making her first start for the Lionesses – saw a shot ricochet off the post.

Just before half-time, Chloe Kelly headed wide of the far post from a high cross from Chelsea’s James in a half-time with meager chances and little creativity from either side.

At the beginning of the second half, the Czechs were still defending well and organized, but Lauren Hemp managed to get a header on target, although it always rolled over.

The guests had to resort to distance attempts, as their tactics did not allow a massive attack. Tereza Krejcirikova tried her luck just before the hour mark, but her shot went wide of the target.

England looked closer to breaking the impasse and the visitors had to scramble the ball off the line after Hemp’s shot ricocheted off the post and almost fell on Fran Kirby – but the ball was cleared.

Morgan came on for her England debut in the second half as Wiegman’s team looked for a breakthrough.

Czech Gabriela Slajsova had to be carried away on a stretcher just before halftime in the second half.

Although Fran Kirby fell with an attempt in the 86th minute, the home side were unable to get through and the duel ended goalless.

https://www.independent.co.uk/sport/football/england-czech-republic-result-lauren-james-b2200724.html England’s winning streak ends after 15 games as Lionesses against the Czech Republic

BREAKING: F1 makes a decision on replacing the Russian Grand Prix after it was scrapped in the Ukraine war