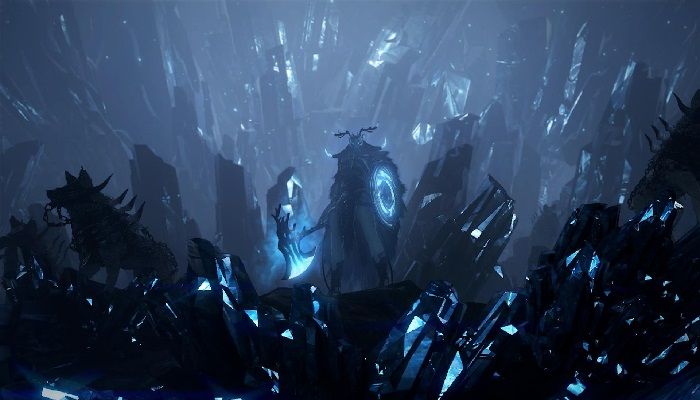 The Eternal winter extended to Black Desert Online will launch on April 6. Pearl Abyss announced a release date today in its first major content news, with some more details on the release, including new areas and dangers new. All of this comes with a brand new trailer.

There’s a new area, the Mountain of Eternal Winter, and as you might have guessed, it’s a pretty cold and dangerous spot. The snow continues to fall and as we go up the mountain, the storm will get stronger. A new debuff that slowly drains you will also appear in the image. You have to pay attention to Frostbite. If the body is not warmed up in time, the effect will be very bad.

There are stories and legends and a bunch of new monster areas that you will learn and explore. One of them is Murrowak’s Labyrinth, which was once an iron mine but is now a bit more dangerous in a different way, rife with Murrowaks led by Queen Vercedes. The brand new Jade Starlight Forest is full of people known as Okjinsini, but something is wrong and their behavior has been unusual lately, so this is something you will likely have to investigate.

In the new area you will also find new peoples, some mysteries and even tree fossils. These Winter Tree Fossils are another example of how nothing in the snowy lands is what they appear to be, as they can contain dark spirits that appear if disturbed. The Mountain of Eternal Winter also brings some ominous characters like Erebjork, The Dreadwinter Guardian. The blizzard could mean she’s coming, but you probably won’t want that.

With a release date set for April 6, Pearl Abyss will continue to reveal new content and new elements throughout the month. The Eternal winter minisite counts down to the next big content reveal on March 16. Game Pass holders will be able to play for free on April 6, with a special Eternal Winter pre-order bundle sold with the Game Pass and Lots of freebies included.

The Irish businessman's rare cup made its debut