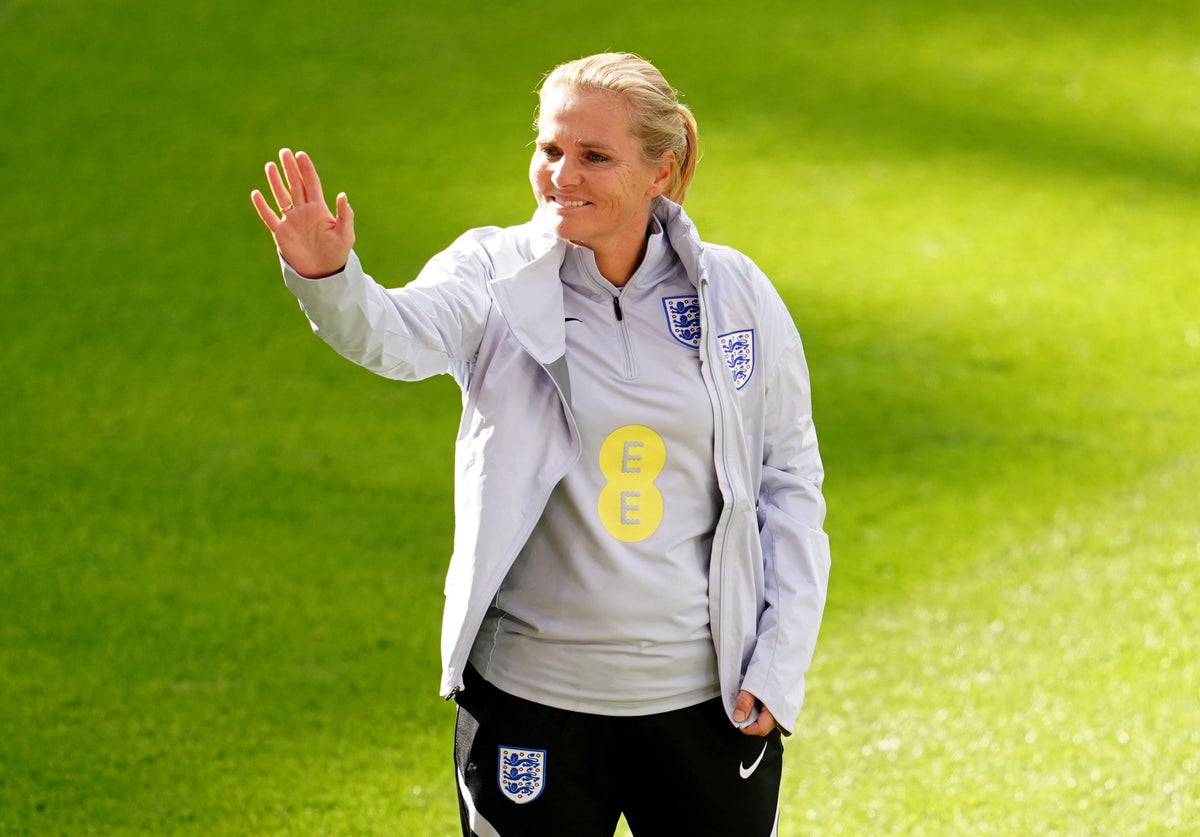 Sarina Wiegman is ready to return to the sidelines for England’s Euro 2022 quarter-final against Spain on Wednesday night.

The Lionesses head coach missed Friday’s 5-0 group stage win against Northern Ireland after a positive test, with assistant Arjan Veurink taking the lead from the dugout.

Wiegman has been watching training from a distance wearing a mask but after a negative test she will be back in her usual capacity as England look to secure a place in the last four at the Amex Stadium.

On Tuesday, Wiegman confirmed that she was feeling good and confident of coming back.

“I’m fine, I’m fine. I’m actually ready to go, but I have to wait,” she said. “Obviously I’m very hopeful but we’ll see what happens and we know if I can’t be there I will be there in other ways.

“We were on line so I was in constant contact with the technical staff throughout the (Friday) game and of course I watched it from here (the south west London base). So we stayed connected the whole time. If necessary, we will do it again (on Wednesday).”

England go into the last eight as the tournament’s best team after scoring 14 unanswered goals in the group stage, including an 8-0 defeat by Norway at the same venue as tonight’s game a week ago.

However, Wiegman is concerned about the threat posed by the Spaniards – who are seventh in the world rankings, one spot above England – even though stars Alexia Putellas and Jennifer Hermoso were injured just before Euros.

Wiegman added: “Obviously they are missing two key players. I still think they have a very good team and are very secure on the ball. But we’ve also seen in the last couple of games that they have some weaknesses.

“They will probably be on the ball a lot, I hope we are too. I’m pretty excited to see how it turns out (Wednesday night).”