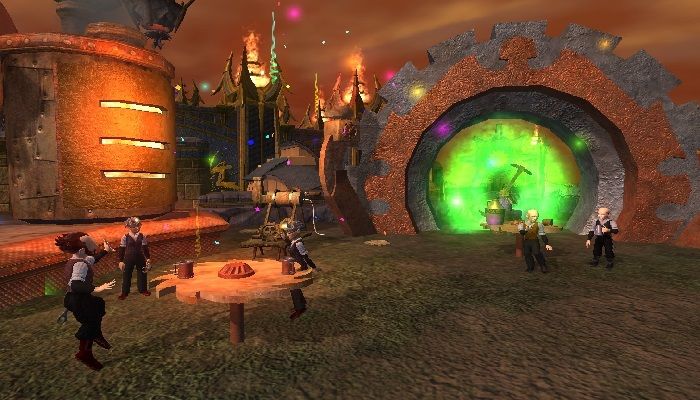 EverQuest II’s Head of Studio Jenn Chan has a brand new update on the progress the team has made since releasing a roadmap for 2022 earlier this year. Chan reviews what they’ve delivered and also announces upcoming features including a brand new time-locked expansion server: Varsoon and the arrival of 64-bit servers.

The 2022 roadmap promised that Kaladim would unlock the Age of Discovery with the addition of the new zones, the Witheredlands and Skyshrine, in January. This was done along with improvements to the test server. February’s server merge and the new Lore and Legend server, which turned out to be Kael Drakkel, were also goals that were accomplished. March promised the Chronoportal phenomenon with updates for the return of this event. All of this happened as planned.

Now we’re in April and Game Update 119, Chests and Coffins, is on its way next week on April 12th. The update includes Season 4 of Overseer, including changes to the Overseer mini-game. The update will include new heroic dungeons, collections, raids, and tradeskill content. You can now test the update in open beta.

A new time-locked expansion server will be available in May. Varsoon will mostly work like Kaladim but use the Free Trade ruleset. There will be more information soon on the intricacies of how this will work and a firm date.

The summer updates include the 64-bit servers and the new client, both of which are currently in open beta. The official upgrade is tentatively scheduled for July. Also coming this summer are new Pride confidants for the LGBTQIA+ community, debuting for Pride month on June 3rd.

Summer will also bring a number of returning events, including Tinkerfest, Scorched Sky Celebration, and Oceansfull Festival, all of which will receive new updates.

EverQuest IIThe 19th expansion of is also already in the works, and while it will be a while before we get some reveals as the expansion is due out by the end of the year, work is already underway on it.

https://www.mmorpg.com/news/everquest-ii-getting-new-free-trade-tle-server-varsoon-in-may-next-update-coffers-and-coffins-out-april-12th-2000124729 EverQuest II gets new Free Trade TLE server, Varsoon in May, next update Coffins and Coffins will be out on April 12th