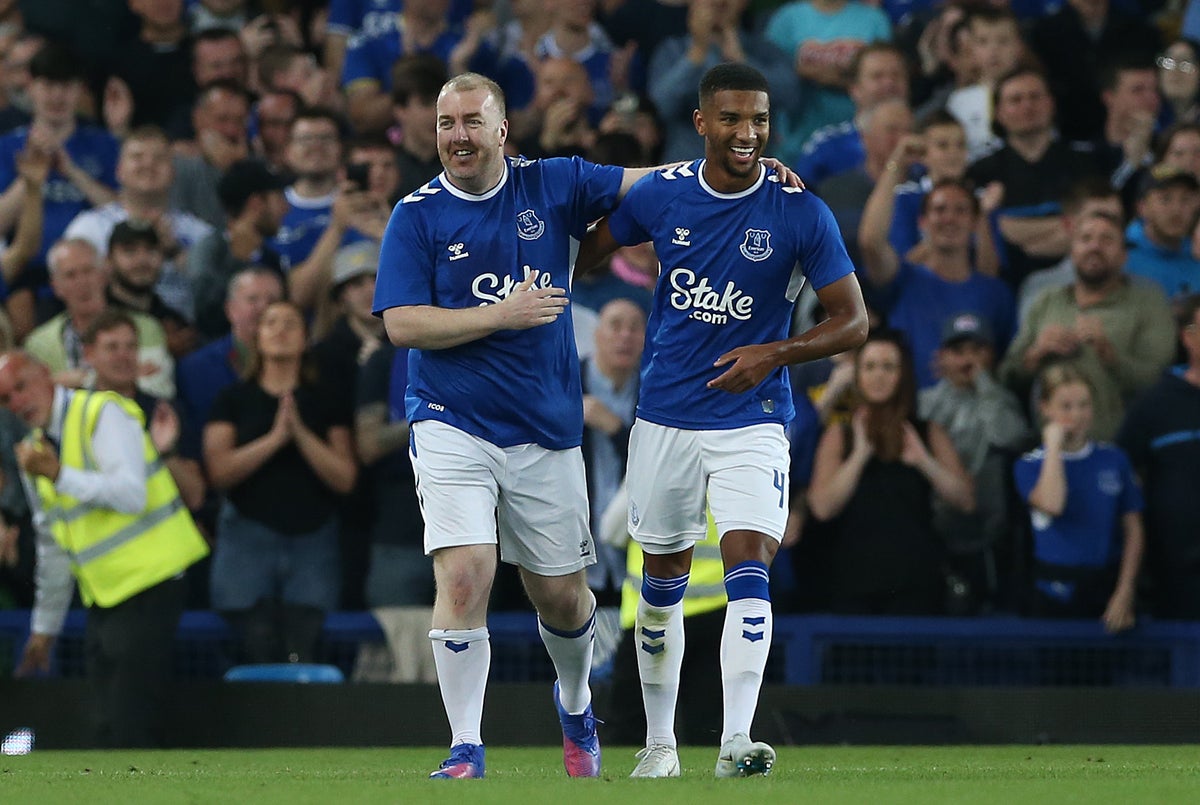 An Everton fan who campaigns to help Ukrainian refugees was substituted on for a penalty during their friendly against Dynamo Kyiv at Goodison Park.

Paul Stratton, who used his time off from working for Liverpool Council to travel to Poland and distribute aid to people fleeing the war, joined towards the end of the Match for Peace.

He received instructions on the touchline from manager Frank Lampard before stepping onto the pitch in full Toffees gear to take the penalty.

Stratton hid his penalty from Gwladys Street End and celebrated in front of the fans before being congratulated by Everton’s players.

Everton were leading 3-0 at the time, with Dwight McNeil climbing off the bench to score twice in his first Toffees appearance after Dominic Calvert-Lewin opened the scoring within four minutes.

Democrats plan to end stock trading for lawmakers in Congress