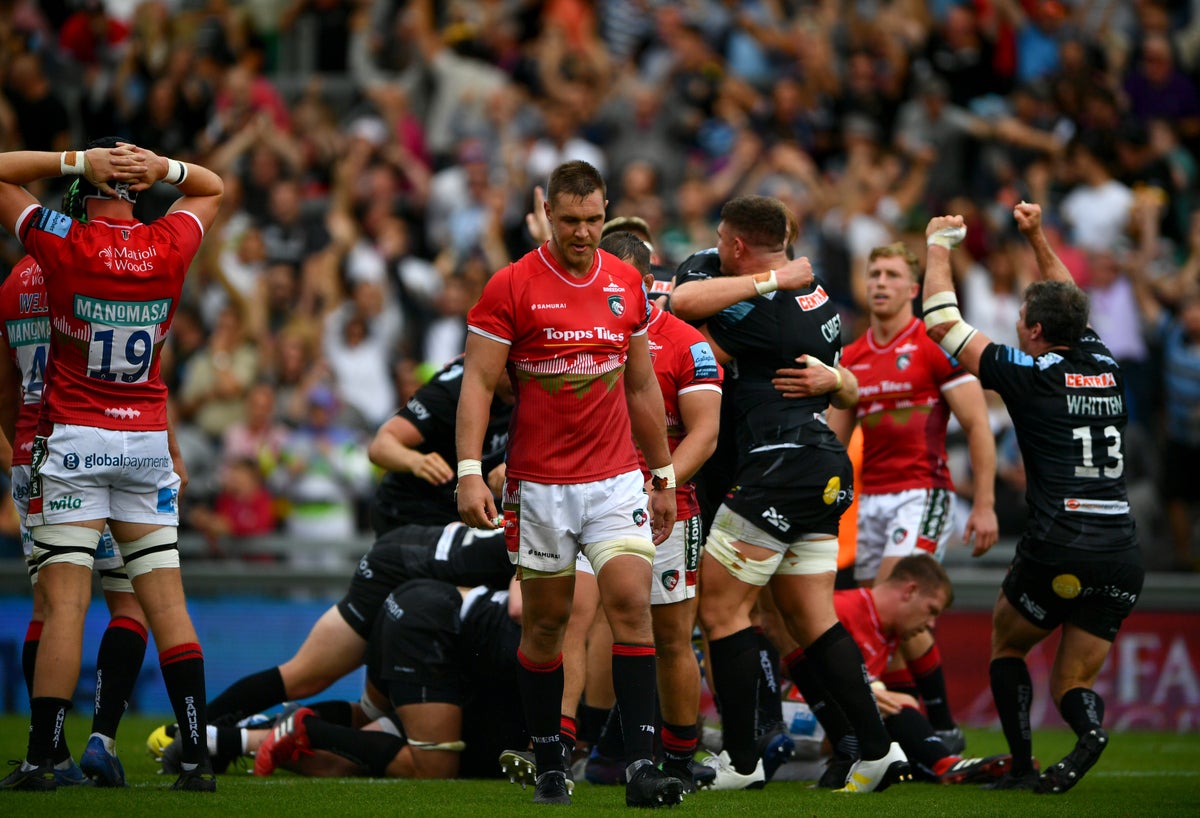 In a hard-fought battle, a draw would have been a fair result, but Schickerling’s winners rewarded a strong final 20 minutes from Exeter, who clinched a morale-boosting 24-20 victory after a disappointing seventh-place finish last season.

Solomone Kata was the other tryscorer for Chiefs. There was also a penalty try where Joe Simmonds kicked a penalty and two conversions.

Exeter took an early lead with a third-minute penalty from Simmonds, but that was soon canceled out by one from Burns.

The two penalties were the only results of a memorable first half in which both sets of half-backs were content to shoot kicks to the sky at every opportunity.

Neither side remotely threatened the try line until a kick from Leicester’s new recruit Gopperth was knocked down by Harvey Skinner, who appeared to be winning the touchdown race.

Burns ran back to save the day, but after diving, he only managed to intentionally hit the ball over the dead-ball line. A penalty try was awarded, with Burns receiving a yellow card.

Burns came back from the sack without damaging the scoreboard but in his absence Tigers should have closed the gap. They won a penalty from 15 yards just in front of the post but Ben Youngs opted for a quick tip and the chance was lost.

Leicester then had two more chances in quick succession. First, Gopperth missed with a drop goal attempt before Hosea narrowly missed Saumaki with a kick and a pursuit, but the dead ball line thwarted him.

Burns rewarded the visitors’ pressure with a second penalty, but the Chiefs extended their lead when Kata sped past and a conversion from Simmonds left his side 17-6 at intervals.

Leicester lost Burns at half-time due to a head injury assessment (HIA), with Phil Cokanasiga replacing him and Gopperth making a half-time substitution.

They looked against it, but got a try 10 minutes into the second half. Simmonds had plenty of time to clear his lines but opted for a delicate chip only for Dan Cole to charge him down with Liebenberg on hand to pick up the rebound and score.

That was the harbinger for Tigers to dominate the next 10 minutes. They declined two kickable penalties to attack line outs and were rewarded when Clare tipped over.

Exeter immediately stormed back and reserve prop Schickerling was denied a try by a knock-on, but they continued to press their opponents. Twice they were stopped over the line but they suffered a blow when Alec Hepburn received a yellow card for a high tackle.

The decision looked crucial, but Hepburn returned just in time to see Fancyball fall for the winner.

When will postponed Premier League games take place and what’s next?