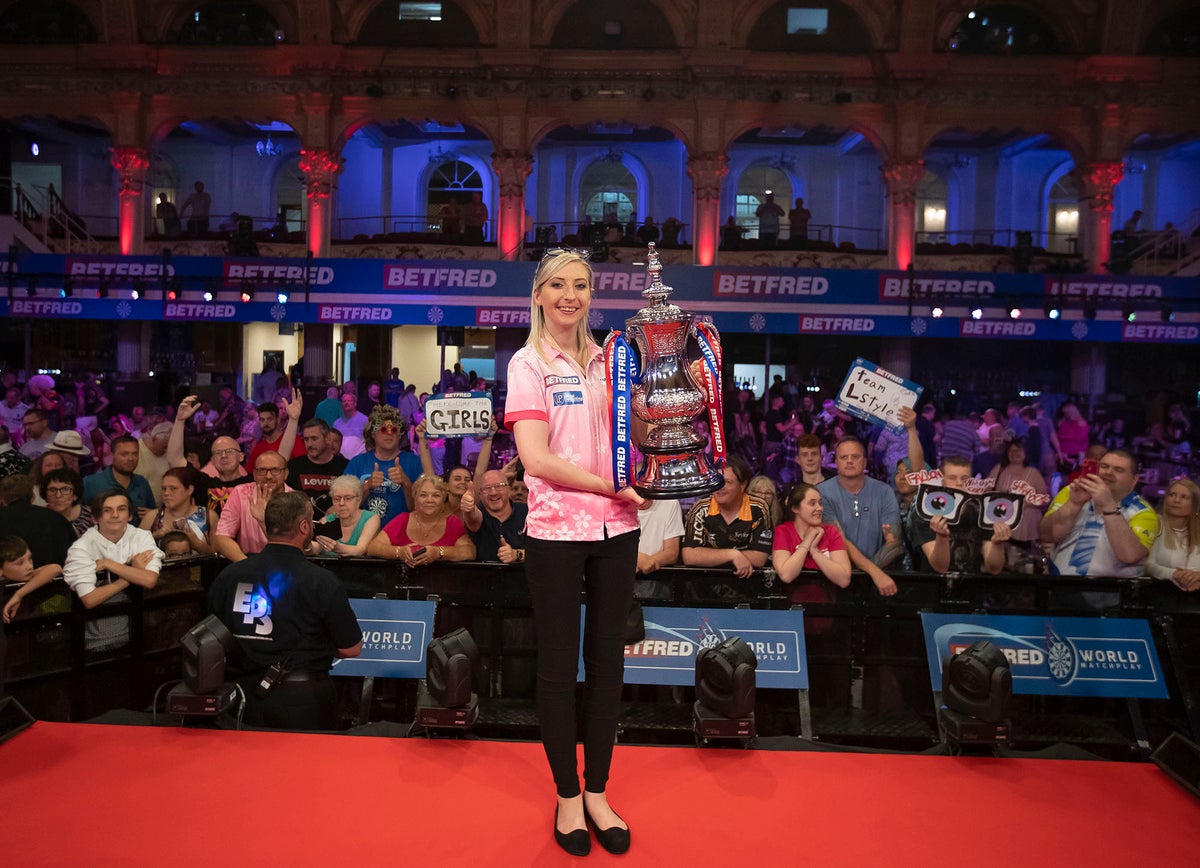 Fallon Sherrock made more history when she won the inaugural Women’s World Matchplay at the Winter Gardens in Blackpool.

The 28-year-old stormed onto the stage with her historic run at the 2020 World Cup, where she became the first woman to win on the Alexandra Palace stage, and now she’s entering the record books again after beating Dutchwoman Aileen de Graaf at 6: 3 defeated the first-ever final of this tournament.

Sherrock, the biggest name in women’s darts, wins £10,000 and continues to demonstrate her love of the biggest stage with the match being played before the men’s final between Michael van Gerwen and Gerwyn Price.

She won the final against De Graaf thanks in part to a great 142 checkout to level the match 3-3 and then won the last three legs.

The “Queen of the Palace” previously defeated Katie Sheldon 4-2 in the Quarterfinals and then followed that up with a 5-2 win over Lorraine Winstanley in the Semifinals.

“This trophy is really heavy, I feel like my arms are going to fall off,” she said in her onstage interview.

“I could get used to this history writing. All of the women performed really well and that was what we needed to progress from there.”

Lauren Goodger: I need to understand how my daughter died for my own sanity

Chelsea vs. Salzburg live stream: How to watch the Champions League game tonight online and on TV