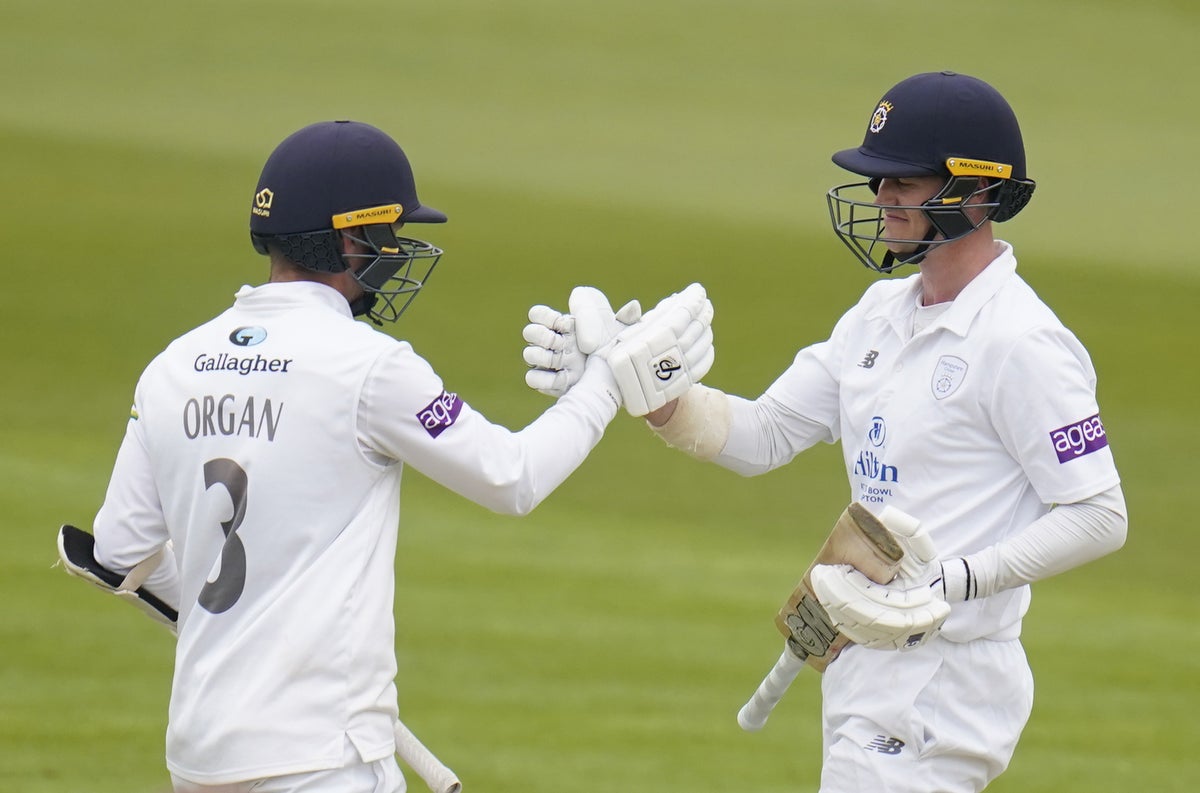 An unbeaten half-century from all-rounder Felix Organ helped Hampshire build a solid total against bottoms Gloucestershire on an abbreviated opening day of the 150th Cheltenham Festival.

Because of the heatwave, play was limited to 72 overs. Orgel managed 93 not outs while opening mate Ian Holland hit 48 before being against Zak Chappell lbw, while the visitors – just 15 points behind Surrey in the LV= Insurance County Championship standings – made 203 for two when bluntly called early became.

Gloucestershire – chasing their first win of the season in red ball cricket – stuck to their task in sapping conditions. Ollie Price claimed the other wicket to dismiss Nick Gubbins, who was down to 35 as Hampshire was limited to 2.88 runs per over.

Rob Keogh and Lewis McManus both scored half a century as Northamptonshire heated up Lancashire’s bowlers at Wantage Road, where the game was cut short by excessive temperatures on another opening day.

Lancashire’s attack had reduced Northamptonshire to 124 for five as temperatures soared before Keogh (54) led the counterattack and passed 5,000 first-class runs of his career as he and McManus (59 not out) shared a 77-run partnership in 18 overs.

Indian off-spinner Washington Sundar finished the game four to 69, including dismissing Keogh in the slips, while the hosts finished 218 to seven.

At the Oval, Division One leader Surrey made his way to Essex, with Dan Worrall clinching six wickets as the visitors were all out for 271 in which Adam Rossington batted a good century.

Simon Harmer, who beat one of Rossington’s in eighth, also contributed 50 before being caught, one of Worrall’s dismissals.

Previously, Worrall had taken three for nothing in just five balls as Surrey reduced Essex to 91 for six by lunchtime. In their 9.1 overs response, Surrey had made 24 for the loss of Ryan Patel while Rory Burns did not miss 18.

At Taunton, where it was decided not to make an earlier finish, Tom Abell’s third championship century of the season pushed Somerset to 262 for five against Yorkshire.

The Somerset captain finished the day unbeaten on 114 from 217 balls with 14 limitations and two sixes, while George Bartlett (46) and Matt Renshaw (43) also made important contributions.

Matthew Waite was the Yorkshire sailors’ choice with two for 35, while former Somerset off-spinner Dom Bess took two for 29.

Olly Hannon-Dalby helped put Warwickshire in charge before Kent hit back on the field himself when the wickets fell at Edgbaston on opening day.

With both sides precariously above the relegation zone, Warwickshire had won the draw and their Sears took advantage of the conditions to outplay Kent for 165. Jordan Cox (48) was the only hitter to really put the scorers in trouble as Hannon-Dalby plundered six for 40 and Henry Brookes claimed three for 56.

However, Warwickshire then struggled with the racquet to close at 155 for six. Sam Hain didn’t finish 68 after captain Will Rhodes made 32.

In Division Two, a career-best double century from Ben Duckett and a hundred from Haseeb Hameed put leaders Nottinghamshire in a dominant position on the opening day against Derbyshire.

Duckett made 237 not-outs from just 263 balls with 36 boundaries, and Hameed an unbeaten 165 as the pair shared a stand of 393 – the highest for a second wicket of any county against Derbyshire and breaking a record that stood for 122 years would have.

As temperatures soared, Derbyshire’s attack withered in the grueling heat, with Nottinghamshire closing at 439 for one. Ben Slater was the batsman for 12 in the 15th over.

At Lord’s, Tom Alsop and Cheteshwar Pujara both scored centuries as Sussex capitalized on Middlesex’s decision to bowl by hitting 328 for four.

Alsop hit 135 while Pujara registered his fifth championship hundred of the campaign to not put 115 on stumps.

Tom Helm finished with three for 63, including two late wickets when he sacked Alsop and night watchman Archie Lenham for a duck in four ball space.