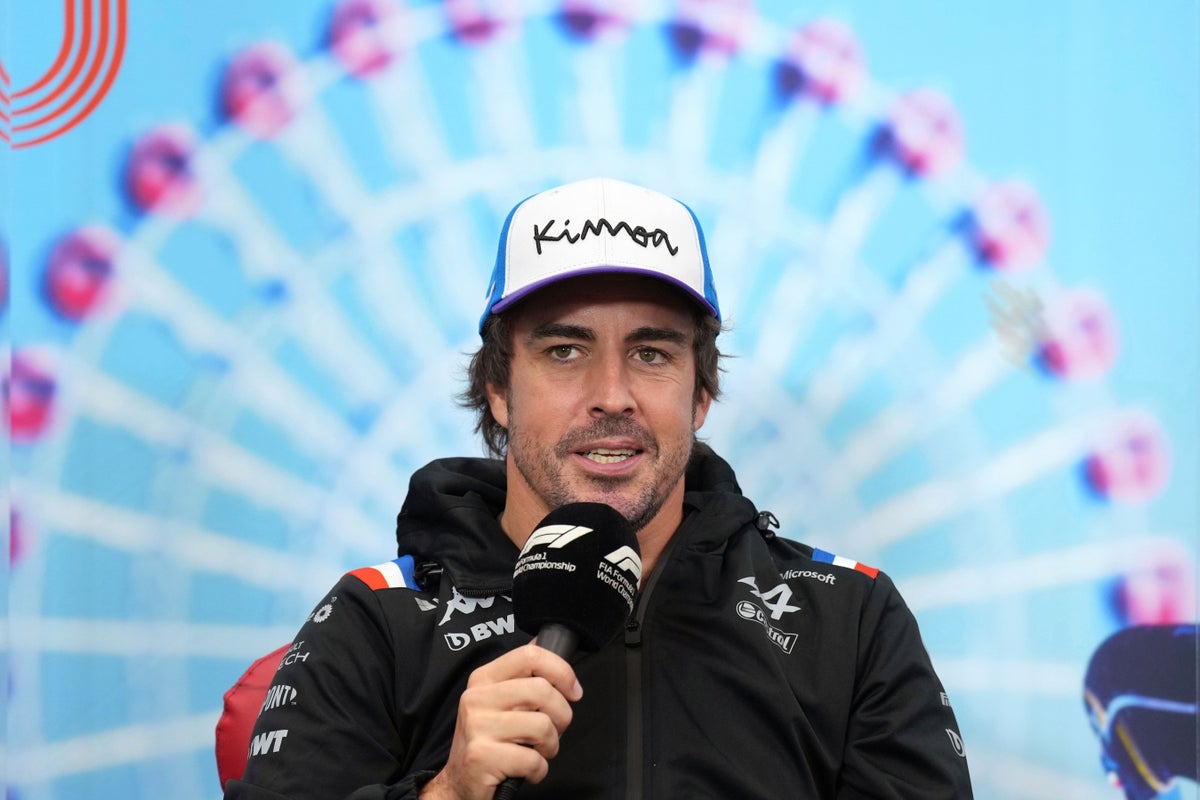 Fernando Alonso was fastest in a wet first practice session at the Japanese Grand Prix while champion-elect Max Verstappen kept his running to a minimum.

Racing in Japan for the first time since 2019 and it rained consistently throughout the hour-long session – Alonso perfectly managed his run to set his alpine top of the timesheets with a lap of one minute and 42.248 seconds.

While teams took their time getting out on track, Nicolas Latifi ran wide as the pace picked up on a drying track as Verstappen exited the pits for the first time.

He beat the fastest time by more than three and a half seconds as a potential title-winning weekend began in style.

It was his only run in a session that gradually picked up speed, with Alonso eventually setting the pace ahead of Ferrari duo Carlos Sainz and Charles Leclerc.

Esteban Ocon was fourth in the sister Alpine, while the Haas pair Kevin Magnussen and Mick Schumacher pinched Verstappen – who finished sixth fastest.

Times soon began to rise as the rain that had been lashing Suzuka since early morning intensified.

The Mercedes pair Russell and Hamilton left late to hit the track and got caught in a downpour in the latter stages of a session that ended with Schumacher crashing after the checkered flag fell.

I am a shepherd, and as my first year goes by, gratitude for the fall harvest overwhelms me

Brendan Fanning: “The choreography to Van Graan’s Last Stand is pathetic – if David Nucifora thinks he has his man in Munster then go ahead.”