Beat ’em up fans are like addicts, cramming the mean streets of some ’80s New York ready to indulge in just about anything reminiscent of the belt-scrolling boom that swept arcades in the early ’90s, to blow up.

Whether you’re a punk with a pink mohican or a run-of-the-mill gamer, if you’re still experiencing withdrawal symptoms despite the genre’s recent resurgence with Streets of Rage 4 and River City Girls, Final Vendetta promises to give you your solution.

Featuring three characters with distinct skills and abilities, the latest from Bitmap Bureau is a love letter to the games it references so heavily. One or two players can fight together through filthy subways, littered streets, and a bevy of tribal gang villains emerging from oil-soaked masonry and filth-encrusted enclaves. 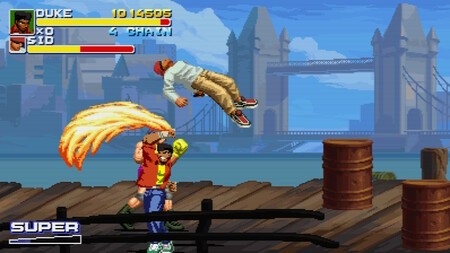 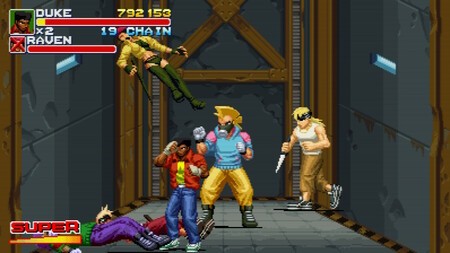 With design motifs that refuse to stop, Final Vendetta’s aesthetic is firmly tied to the days when Schwarzenegger was still headlining local cinema and Reaganomics was fueling America’s mass unemployment: a glorious backdrop for a bit of vigilante justice through a string of seedy public venues. The only difference is that these inner-city crime hotspots are set in London, not New York. As the Bitmap Bureau hails from the UK, we’re expecting backdrops that include random fried chicken shops, the homeless squatting at ATMs, and at least one sign telling you that a bus replacement service is operational due to a signal failure Circle line.

In keeping with modern 2D titles, we can confirm that the game has a CRT filter on board, ensuring its plush pixel art can be enhanced by scanlines if desired. Additionally, Final Vendetta features a cooldown combo counter, multiple special attacks for each character, and a move set that’s wide enough to offer a good variety of battle mix-ups. Kicking downed opponents to hell while they’re sprawled at your feet is our personal favorite.

And when you’re feeling hungry, chicken in dumpsters, pizzas laid out on concrete, and groceries locked in oil drums are all there and right. A nice Anglocentric bonus comes in the form of the smashing of traditional red English telephone boxes to a pulp – no doubt cathartic for anyone whose pound coins have once been eaten by British Telecom’s regularly malfunctioning machines. 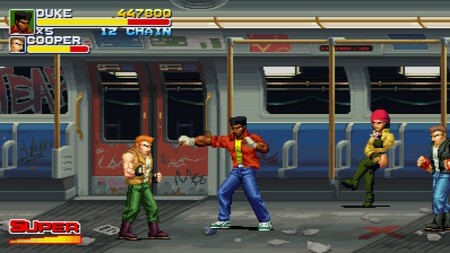 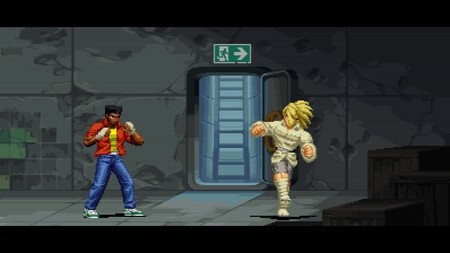 The audio benchmark set by Streets of Rage’s heavy techno is also appreciated, with Final Vendetta boasting pounding house themes and a smattering of drum and bass – a criminally underused but perfectly appropriate choice for a game that has a pace of thundering fists. If you need something a little more old school, the soundtrack (see video below for a preview) features brand new tracks by none other than the Utah Saints, a prominent fixture of the ’90s British dance scene.

With three difficulty settings, a range of unlockable secrets, and game modes spanning Arcade, Survival, Boss Rush, and Versus options, the pack seems well-equipped to satiate folks thirsty for Capcom’s halcyon days, and still wanting to Mega Drive live and breathe it was 1992 (us, basically).

Developers Bitmap Bureau – better known for the Smash TV-inspired Xeno Crisis – know their 2D games well. Hopefully they’ll be able to deliver the face-splitting goods when Final Vendetta bangs on Nintendo’s Switch in mid-June, and do the kind of justice to the genre we’re all looking forward to.

Is Capcom Arcade 2nd Stadium Headed To The Switch?