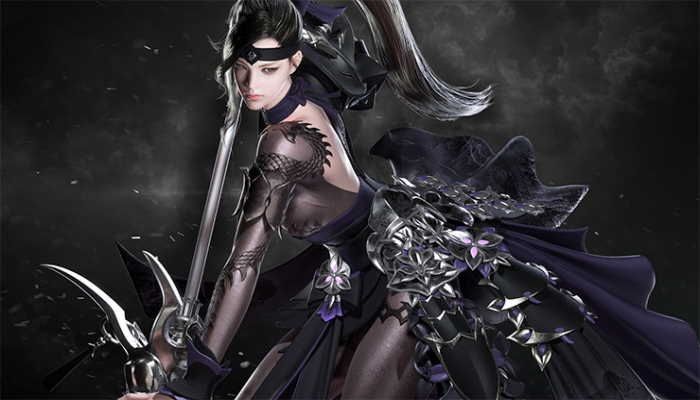 We have waited Lost Arks Roadmap for quite some time since it’s a pivot in the western version of the game. Smilegate admitted they made a mistake with the timing of the released content after stating that Argos was released a little too early and that there weren’t enough sources to get materials to improve it. Too many players were effectively stuck in the middle of Tier 2 back then, with ilvl 1000-1100 being a serious roadblock for a large chunk of the population.

The first subject is a new class: Glavier (Lance Master in other versions). The announcement of the Glavier came as a surprise to me as the previously leaked road map revealed Destroyer as the first post-release class. However, the surprise is very welcome as Glavier is one of the most popular KR version classes and is highly sought after in the western release. I am very glad that they chose the popular choice. Nothing against Destroyer, but it’s a very niche class that probably wouldn’t have gained much traction or helped hold back. This also sets the precedent that Smilegate is more than willing to defer class releases when it suits them, which is a nice demonstration of flexibility.

One major addition is that they very secretly added a week to the Arkesia Racing Event Honing Books in last week’s maintenance. Speculation leads to a Glavier release this Thursday after the weekly reset. Combined with a fresh new power pass up to ilvl 960, the expansion of these honbooks will help everyone get to level 3 much easier.

The next content is South Vern; A brand new continent with more storyline, which means more materials and combat XP. While this continent is relevant for releasing additional raids and content across the board, I find it very strange that chaos dungeons become higher ilvl not thus be released. I don’t think Smilegate gave a reason for this. Still, I assume they want to focus more on horizontal progression and help players catch up and progress to level 3 steadily. The more players in Tier 3, the less likely FOMO is to happen, the more likely they will stick with the game. Ultimately I don’t think it’s a big deal but I’m sure some of the players with ilvl 1415+ will have problems.

Other unveiled updates for April include the Quality of Life update Secret Map, which allows a party to use their map at the same time. This is a huge time saver while also preventing fraud.

In the May update list, Destroyer will be released as the next class. It is not known if we will get a power pass after his release. Additionally, Trial Warden Raids will become part of our weekly rotation. This is another great content that will be a great boon to our material gain, along with other rewards such as map packs. Deskaluda is the ilvl 1415 guardian raid and to be honest you can ignore the description in the roadmap post. This is one of, if not the, easiest Guardian Raid in the game. It’s a hugely popular breakpoint for many alts in KR as it’s a cool fight, which is saying a lot considering how difficult Velganos is in comparison. Although this is listed as an interim update, I’m betting it will be released in May as it’s been so popular in other versions.

Finally, there’s Valtan, the first Legion Commander Raid. Like Deskaluda, this is ilvl 1415 and the start of “true” endgame content that you can access regularly on a weekly basis. The raid itself is generally considered quite fun and engaging, with multiple stages, just like Argos, and arena-specific mechanics. Valtan is also where you start getting Relic accessories, which for 95% of the player base is the final step in optimizing your Engravings and making the most of your stats. (Specialization builds will finally feel good!)

Another great point of Valtan, and Legion Raids in general, is that once you enter, you can pick up where you left off. You can do this anytime during the week either with the same group or with people who are in the same phase as you. It was a common misconception that the same was true of Argos, but it is just for legion raids.

As for the roadmap itself, I think it’s fine. I’m very happy with Smilegate’s willingness to switch when the need arises and the idea that everything can change feels good in this case. I don’t mind how long it took to publish this roadmap; doing this is difficult, and as they said, pinning down a plan is better than fast.

With that in mind, I think things could have been better. I expected one small a little more on the raw detail side of things. I think the biggest criticisms are the lack of 1415 Chaos Dungeons and the specific word Careful. i get why the developers said so; Transparency is their number one priority, and that’s fine. However, that little sense of insecurity will lurk until the content finally releases. I’m also not entirely sure if the Enhanced Book of Coordination is the one used for all content or just Hellmodes. If it’s the latter, then it’s pretty much useless until Hell Mode’s release. I’m hoping it’s the former as it would make the switch to chaos builds and specific builds automatic.

The major carriers of these announcements will be the supporting events. What will login rewards look like? They’ve been very good for the past two months, and I’m expecting even more Tier 3 materials, along with even more help with maps and lifeskill materials. Will we get an event that further helps our Glaviers reach Tier 3? Most serious players are already in Tier 3, and there are very few ways to get Tier 2 material. I’m cautiously optimistic for the next two months and we certainly have a lot of good things to look forward to.

https://www.mmorpg.com/editorials/finally-lost-arks-april-and-may-roadmap-has-been-revealed-we-break-it-down-2000124802 Finally the Lost Ark April and May roadmap has been revealed, we’re breaking it down