FIREFIGHTER and rescue teams were present after a large tree fell in a residential area.

East Sussex Fire and Rescue was called to Montpelier Crescent, Brighton at 12.32pm this afternoon. 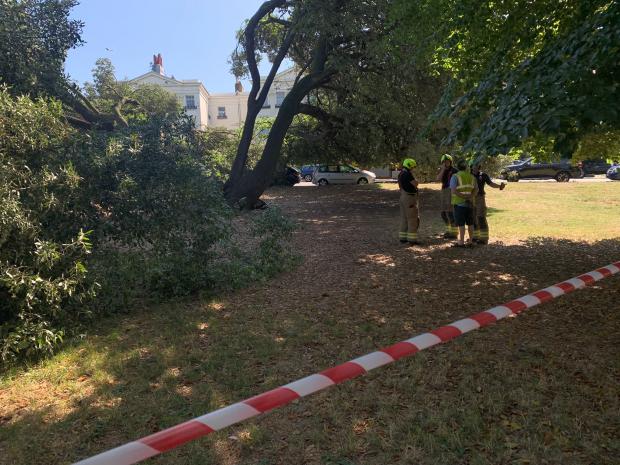 Crews cordoned off the area and called in a tree surgeon and a representative from Brighton and Hove City Council.

A passer-by said the tree hit parked cars as it fell.

An ESFR spokesman said: “At 12.32pm we were called to Montpelier Crescent, Brighton, following reports of a fallen tree. Brighton firefighters attended.

“Crews made the scene safe and asked a representative from Brighton and Hove City Council and a tree surgeon to attend.

https://www.theargus.co.uk/news/20740136.fire-rescue-teams-attend-large-tree-falls-brighton/?ref=rss Fire and rescue teams attend as a large tree falls in Brighton

Meghan Markle may not be the archetypal mother, but she was right about saving herself from unmusical royals