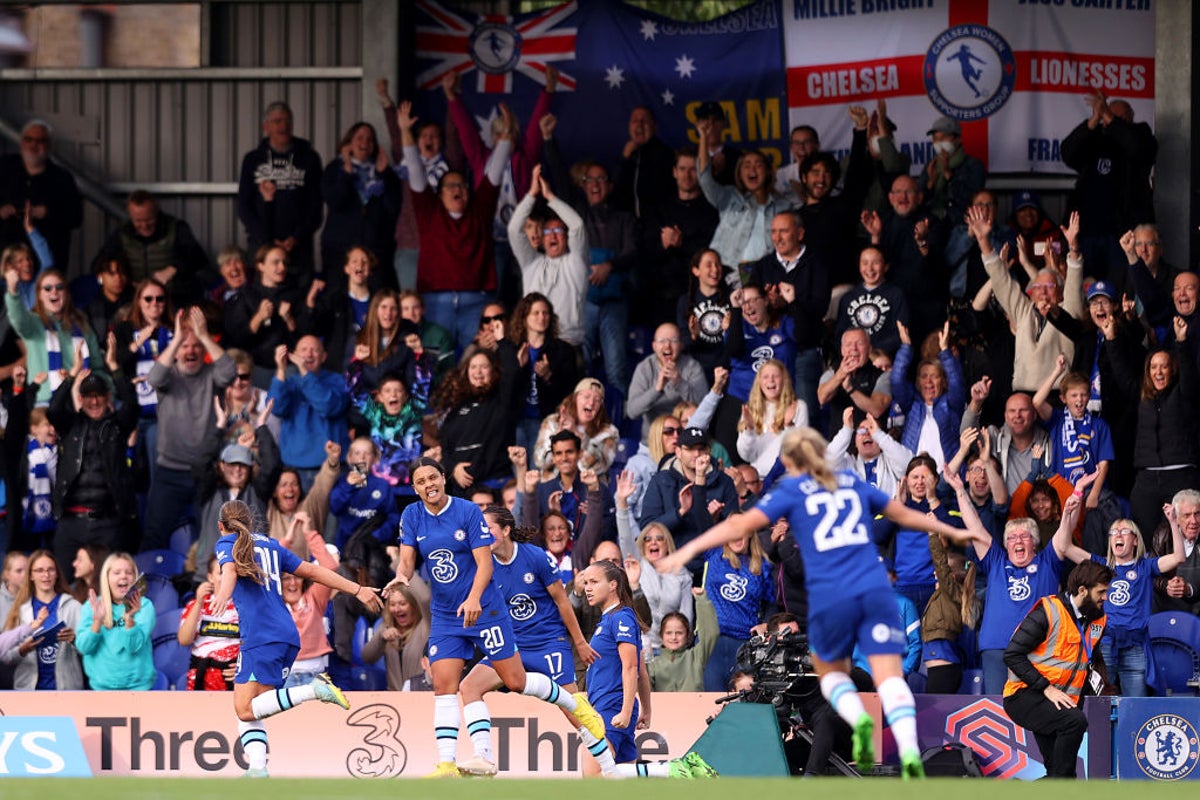 Chelsea scored their first points of the Women’s Super League season as Fran Kirby got on target and a Maren Mjelde penalty saw the defending champions beat Manchester City 2-0 at Kingsmeadow.

Kirby opened the scoring in the 42nd minute and Mjelde added a penalty 12 minutes from time as Emma Hayes’ side bounced back from a shock 2-1 defeat by Liverpool in last Sunday’s season opener.

Gareth Taylor’s City created a few chances, especially in the first half, including a shot by Laura Coombs, which Ann-Katrin Berger effortlessly fended off the post, but after last weekend’s 4-3 defeat they were unable to save themselves from another defeat vice versa at Aston Villa.

After Chelsea threatened a shot from Sam Kerr in the opening seconds of the game, City exerted most of the pressure in the first 45 minutes.

Chloe Kelly saw a try from Berger – who was active for the first time since last month and confirmed a recurrence of thyroid cancer – and Khadija Shaw sent two tries over the bar.

Berger then turned behind her as Lauren Hemp tried to hit her at the near post in the 35th minute before dealing with a deflected shot from Deyna Castellanos.

It was Chelsea who took the lead late in the half as Guro Reit threw the ball across the box to Kirby and the England playmaker, while Lionesses boss Sarina Wiegman watched from the stands and hit the ball home with the ball.

Moments later, Berger made a fine stop as her leg sent Coombs’ shot off the post.

And with City pressing again early in the second half, Laia Aleixandri fired wide from a corner and Coombs had another shot which was saved by Berger.

But the visitors struggled to create much after that while Chelsea were aiming for a second when Lauren James curled a shot wide and another was saved by Ellie Roebuck and Kirby shot over.

Who is Amouranth and what is her net worth?