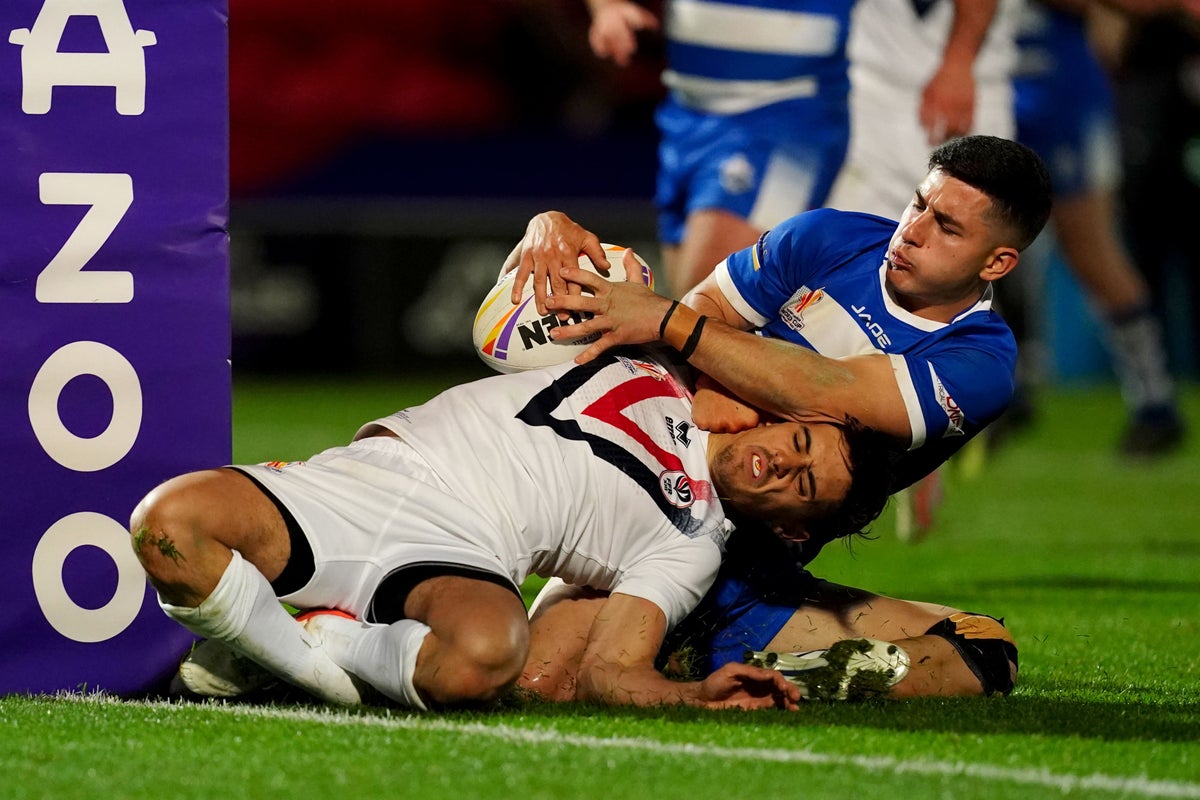 Arthur Mourgue scored 18 points as France warmed up for Saturday’s Rugby League World Cup tie against England with a solid 34-12 win over debutants Greece at Doncaster.

The Catalans Dragons full-back rushed in for a second-half try and scored seven goals as his side claimed their first win since 2013 in the final stages of the competition.

But the underdogs were far from outclassed, threatening the French try-line with a frequency that suggests the host country will have plenty of opportunities when they meet face-to-face in Bolton.

The memorable moment for Greece came in the 56th minute when Cronulla Sharks center Siteni Taukamo crashed through the French lines with a clean shot to take his country’s first World Cup points, with Lachlan Ilias providing the extras.

And they ended their big night in style as center Nicholas Mougios rushed half the length of the field to score his side’s second last-play try.

They were well-deserved moments for a side who faced a difficult task against a side with a majority of French Super League players but showed encouraging signs as they moved the ball with confidence in the early stages.

France, shocked by Lebanon in their 2017 World Cup opener, took 10 minutes to make an impression. Jordan Dezaria squeezed through a gap in the Greek defense while Mourgue made the first of many signings with his boot.

Greece responded with a sustained push after Taukamo fired halfway from behind his own try line, but they failed to capitalize and France continued to lead through a penalty by Mourgue.

Greek inexperience spoke again as France extended their lead shortly after, Mourgue’s kick from behind caused panic and Tony Gigot snuck in to touch down when two Greek players blundered in their attempt to put the ball wide.

Benjamin Jullien added a third converted attempt to put France 20-0 up at the break, then Mourgue crossed himself when he was sent cleanly over the line by Mickael Goudemand early in the second half.

Taukamo’s big moment caused a rapturous cheer from the Doncaster crowd and they had more chances before Mourgue continued his one-man show with a penalty off the post.

Jullien nabbed his second try of the evening in the 75th minute and Mourgue re-signed with the boot before the stage was set for Mougios to finish in style.

https://www.independent.co.uk/sport/rugby/rugby-league/france-england-greece-french-catalans-dragons-b2204725.html France warm up for England and win against World Cup debutants Greece

The biggest changes in Minecraft 1.20 update