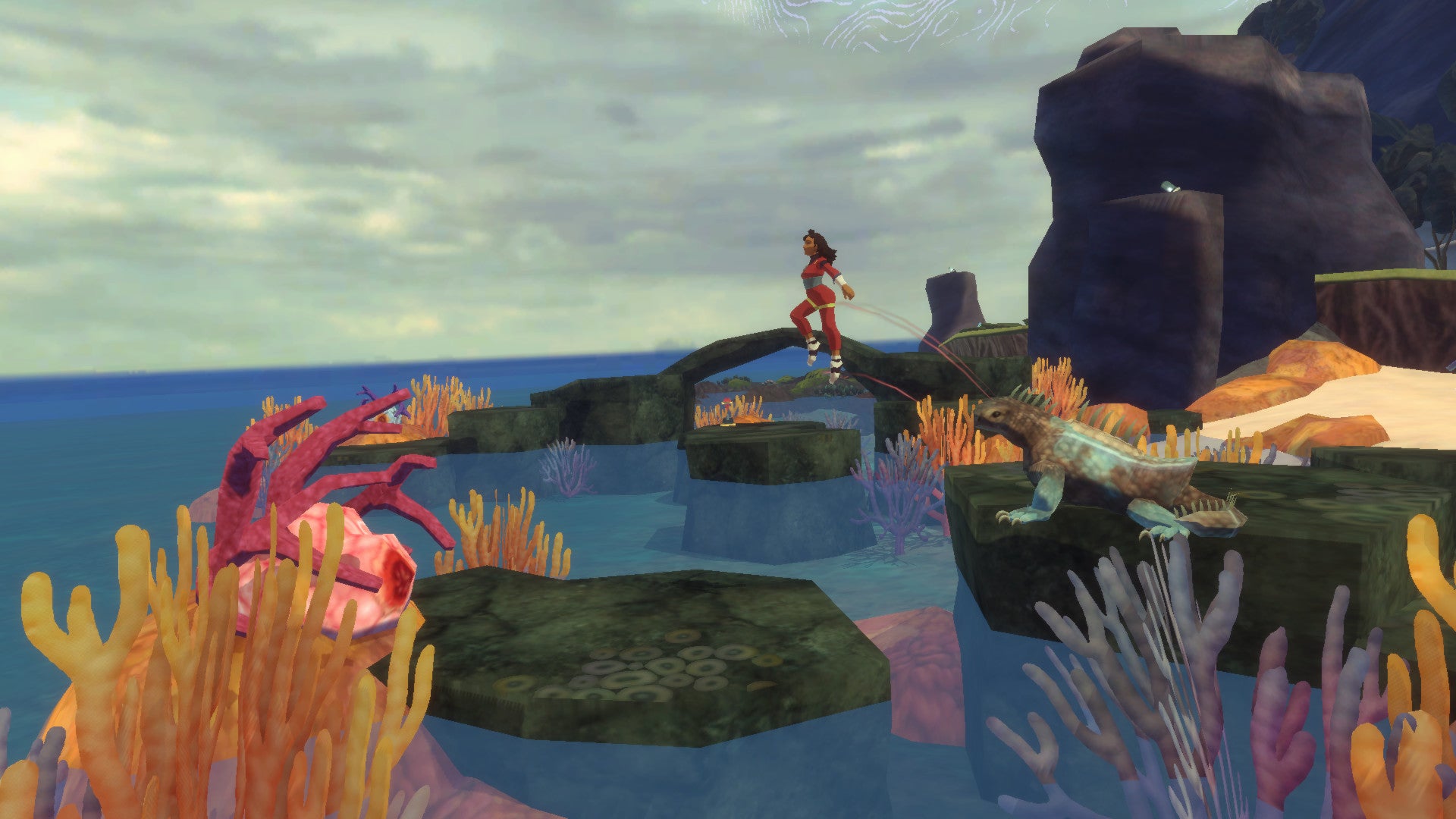 Nostalgia as a concept is probably one of the most compelling things in art right now. Hollywood is desperately trying to draw on the memories of those who grew up in the ’80s with reboots, sequels and the like. We’re constantly being inundated with reminders from the gaming industry of how good games used to be, with remakes that don’t quite reflect how we remember them. So when a game like Sephonie shows up and manages to capture my fond memories of all the 3D platformers I played as a kid, while also offering a more mature, contemplative take on what nostalgia can be, you can absolutely guarantee, that it will end up being one of my favorites of the year.

Sephonie is a 3D platformer with a heavy emphasis on parkour-like moves, in case you haven’t heard of its existence. It follows three biologists as they explore the title island. Stylistically, I personally think it feels like a forgotten 3DS game (highest compliment I can give), although it’s obviously inspired by platformers from the N64 era all the way up to the PS2.

I was initially drawn to the title for a number of reasons including my love of expressive movement in games and the fact that Sephonie comes from the incredible team Analgesic Productions who are also the creators of the Anodyne series. However, the reason I stayed for so long was the way the game handles nostalgia.

If I had to pick a single topic about Sephonie, I’d probably end up on memories. Our three protagonists, who all share Taiwanese roots, are subtly forced to confront their past in order to better face their future. There are incredibly beautiful scenes that use real but distorted photographs of locations that I imagine were visited by either Melos Han-Tani or Marina Kittaka, Analgesic’s developer couple.

These scenes were abstract and formless, the imagery warm and soothing, the inner monologues sometimes sad and mostly reflective, and often reminded me of some of the more surreal sections of Neon Genesis Evangelion. We all get lost in the past sometimes, don’t we? That’s what those scenes felt like, an opportunity to look back at the past, despite all its complexity and difficulties, and find out what it means to us today.

Using the 3D platformer genre as a framework to paint a more nuanced picture of what nostalgia can be has very easily made Sephonie a game I’ll probably think of forever. I’m incredibly happy to see the resurgence of the genre, but as I’ve gotten older I’ve found that I occasionally need something that wants to be more than just a collectible tune (and I certainly don’t need that to mean that Sephonie derogatorily sells many items has to collect).

What I mean is that I don’t want to play things that mainly ride the waves of what was good yesterday. Sephonie is so effective at what it does because it’s riding that wave, but it’s also landing on the shores of something new. It looks back on the past and thinks, “OK, I think I figured out how to grow from this.” That’s exactly what I need right now.