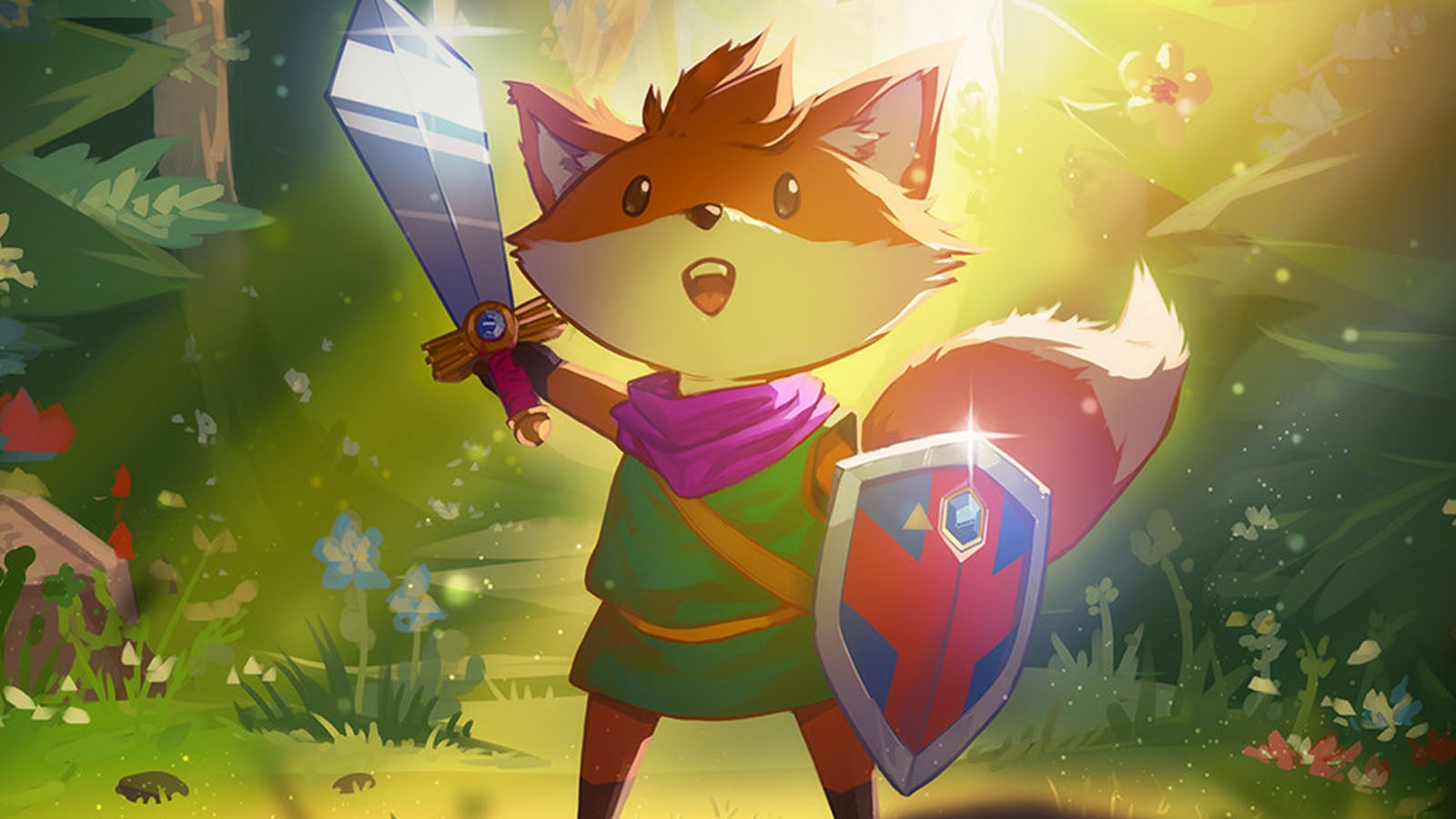 Contains spoilers for Tunic – you have been warned.

I love how Tunic uses the process of collecting the game’s manual pages to inspire anticipation for later experiences in the adventure. You may find a page that maps an area you haven’t visited yet, with little hints that don’t make sense until you get to the location. It reminds me of how, as a kid, I would read Pokémon walkthroughs cover to cover and make little notes in the margins of which Pokémon I hoped to catch on each route. In Tunic’s handbook I also found the secret that kept me busy with the game most of the time – the Holy Cross.

Based on its placement on the inventory page of the manual, I was convinced that the Holy Cross was some kind of special item hidden somewhere in the world. But when I reached The Quarry – an area whose dark color palette and industrial aesthetic led me to believe the end of the game was near – I hadn’t seen the Holy Cross. (Or so I thought…) Not wanting to miss anything, I decided to put the main quest aside and instead set myself a three-hour limit to carefully explore every inch of the world in search of the elusive Holy Cross.

As that self-imposed time limit expired, I happened to glance down from the screen and caught a glimpse of my thumb resting on the D-Pad with gold nail polish.

I quickly took my little fox adventurer to the nearest golden doors scattered across the world of Tunic. Doors I had ignored, believing that the Holy Cross was required to open them. Once there, I copied the pattern carved into the doors with the D-Pad and – lo and behold – the doors opened. I was quite pleased with myself to say the least; I had uncovered the method to solve a recurring mystery and found the Holy Cross – it was in my own hands the whole time! Although I have to admit that at the same time I’m pretty annoyed with myself because the Holy Cross had been in my hands all along.

Holy Cross in hand, I set out to open every golden door I encountered. Along the way, I also realized that the pattern of the Holy Cross wasn’t just limited to the door—it was woven into carpets, hidden on the windmill’s sails, and even present in the geography of the world itself. It took me a long time to realize that there was something in The Quarry to return to.

Realizing that the Holy Cross was already within my reach is one of my favorite moments of playing Tunic. A close second would be if I found out that the solution to the Golden Path was to combine a certain aspect of the manual with the Holy Cross. (I won’t go into too much detail as I’ve spoiled enough already, but I’ll say it included a pencil, notepad and ruler.) These puzzles are the magic that will bring me back to Tunic because they made sure I was constantly engaged with the world, even if it was just to look for a series of hidden lines.

Valentine’s Day is coming in Final Fantasy XIV, This time with new items for your Chocobo