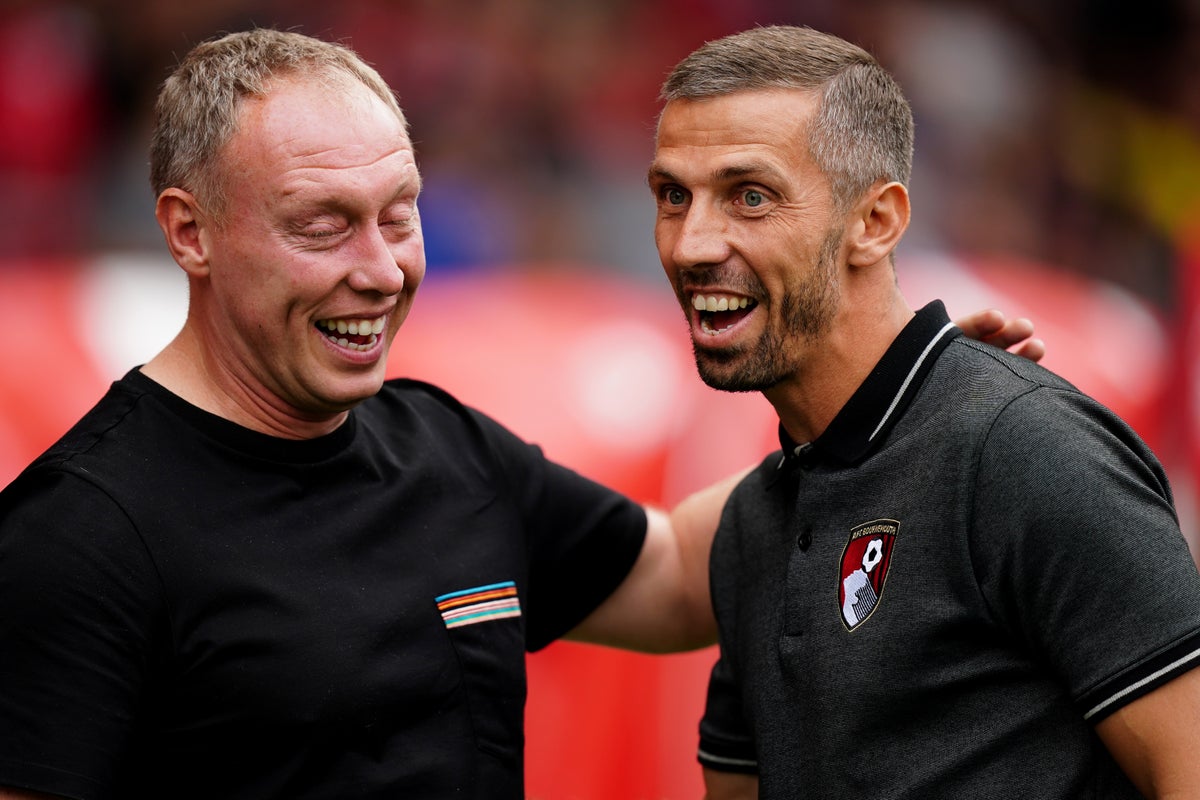 Bournemouth interim boss Gary O’Neil doesn’t know if the impressive comeback win at Nottingham Forest makes him a candidate for the permanent post.

O’Neil is in interim post following Scott Parker’s sacking on Tuesday, and a roller-coaster week was concluded as his side went 2-0 down at half-time to a 3-2 win at the City Ground.

First-half goals from Cheikhou Kouyate and Brennan Johnson looked like Forest were on course for the three points, but seven days after their humiliating 9-0 defeat at Liverpool the cherries were digging deep.

Phillip Billing got them back in the game with their first goal since the opening day of the season. Dominic Solanke then equalized just after the hour and Jaidon Anthony sealed the win late on.

The former Portsmouth and Middlesbrough midfielder, who also guided Bournemouth to a draw against Wolves in midweek, doesn’t know how this result is changing the recruitment process.

“I speak to you before I have spoken to anyone. As far as I know, that’s still the case.

“To be honest, I haven’t thought about whether I want to do this permanently.

“I feel like my job at the moment is to get as many points from Bournemouth as possible during this time I’ve been here. That’s what I’m totally concentrating on.

“When we came off the pitch I just thought we need to prepare for Brighton. Whether that’s me or someone else, we just need to get some rest and go.”

A lot has happened since that record-breaking defeat on Merseyside last weekend and O’Neil praised the resilience of his players.

“I’m really happy for the boys. We asked them at halftime to believe and go one more time,” he said. “To respond at this point after the week they’ve had says that this group is about it all.

“They’re an incredible group, they’re so committed, so relentless, they never know when they’re done. Two games on the go they literally drained my tank.

“Everyone at the club deserves it, everyone who has supported me over the past few days.

“They’re excited, they need a break, just like me, they’ve been on a rollercoaster ride since this time last Saturday.”

It was a day to forget for Forest, who would have seen it as an ideal opportunity for three points after last week’s defeats by Tottenham and Manchester City.

Kouyate’s header and Johnson’s penalty, after referee Michael Oliver made the rare decision to uphold a decision after checking it on the pitch monitor, put them on course but boss Steve Cooper was shocked by what happened after the break .

“I didn’t see the second half coming. I thought we were very good in the first half and good for a two-goal lead,” said Cooper, whose side are slipping into the last three after six games.

“We didn’t defend the first goal well enough before the ball went into the net. That set the tone for the second half and we didn’t do that well.

“The second goal was a set piece. We should do better.

“Then there was a mistake from Scott (McKenna) for the third goal. It’s the first time he’s made a mistake since I’ve been here.

“But let’s not hide from the fact that we threw away a win. We didn’t do very well. We conceded three goals at home and there’s nothing good about that.

https://www.independent.co.uk/sport/football/gary-oneil-bournemouth-new-manager-b2159175.html Gary O’Neil was banking on Cherries to pick up points and not have a steady job at Bournemouth

I feel sorry for The Sunday Game pundits, but even more sorry for the audience