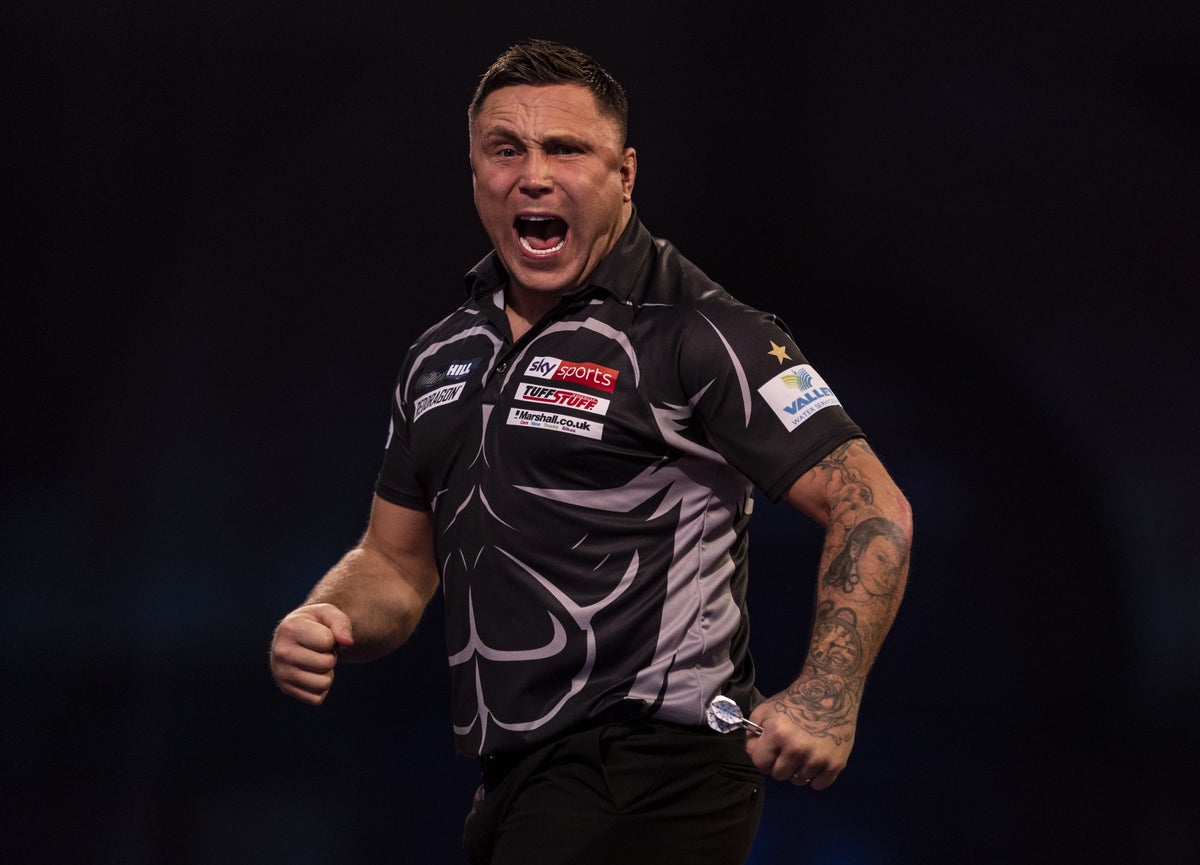 Gerwyn Price kept his cool in the final leg against Dirk van Duijvenbode to win the World Series of Darts final in Amsterdam.

Price took a 4-2 lead after the first break in Sunday’s final, but the world number one then lost three legs in a row to his Dutch opponent to the delight of a partisan crowd.

Three overweight finishes within four legs gave Price a 9-8 lead, although Van Duijvenbode hit back with an 11-dart leg before taking a 10-9 lead and poised for his first big win.

Price, who beat Joe Cullen 10-8 in the quarterfinals and James Wade 11-9 in the semifinals earlier in the day, said on www.pdc.tv, “I’m thrilled to get over the line.

“Dirk played fantastic, but I think I played a little bit better. I made it really difficult for myself. There were two or three legs where I missed doubles, I probably could have been up 7-3.

“From then on I knew it was going to be a tough fight. But I persevered until the end. I took a chance in the last leg and scraped over the line.

“I have a bit more composure and experience than Dirk in this stage and that was all that counted.”

The Queen's funeral will be a beautiful day, says Master of the King's Music