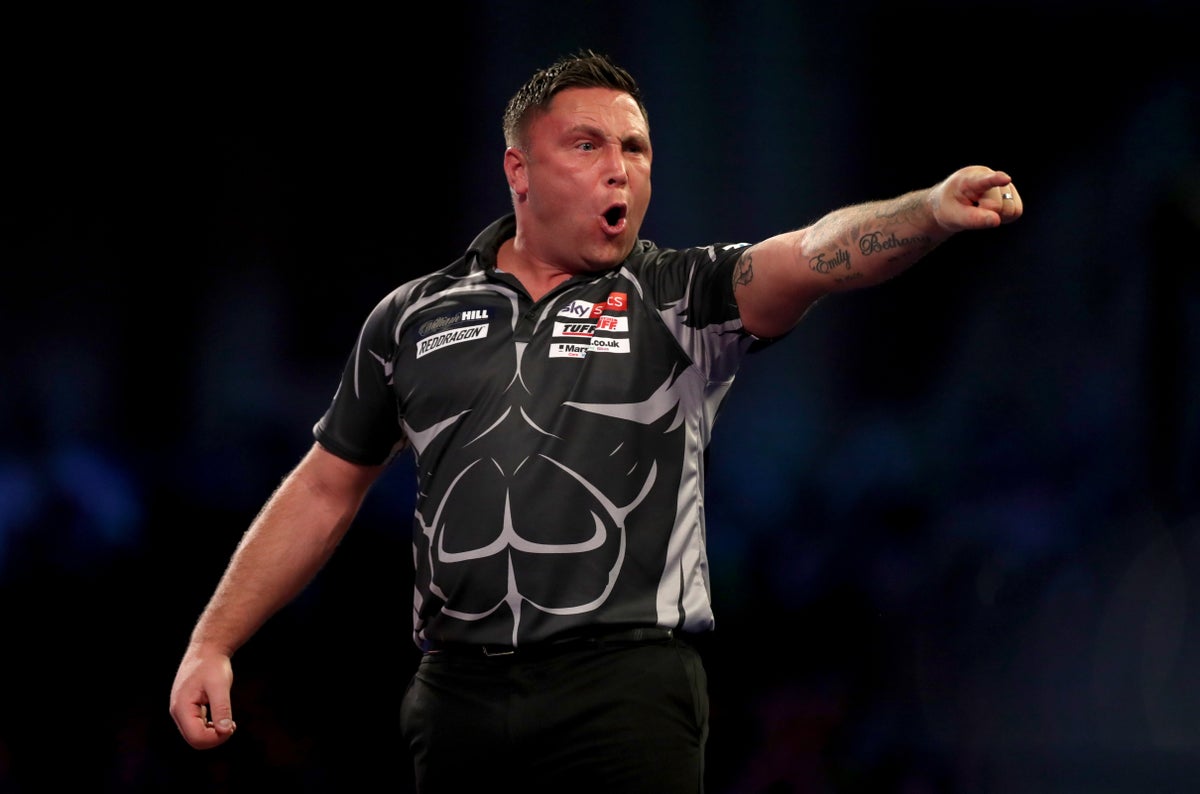 Gerwyn Price had a tantalizing duel with Michael Van Gerwen in Sunday’s World Matchplay final, hitting a perfect leg in his 17-11 win over Danny Noppert at the Winter Gardens.

Van Gerwen came back from 4-1, 12-9 to beat Dimitri Van Den Bergh 17-14 to win a third title within a game, but the newly crowned world number one stands in his way.

Price and Noppert traded breaks in the third and fourth legs, each gifting the other with a two-dart miss and it was only in the eighth leg that Price opened up a two-leg advantage for the first time before winning the ninth with a 107 out shot.

Noppert pulled back to 7-5 with a 12-dart finish but then it was the Welshman’s turn to shine, the crowd already on their feet before Price completed the perfect leg and treble 19, treble 20 and double 12 hit as space erupted in Pandaemonium.

Price continued his fourth televised nine-darter of the year with two 180s in the next leg before extending his lead to 10-5.

Undeterred by the gap, Noppert won three legs after the jump, but Price upped the pressure and the Dutchman was left frustrated after missing four darts to give his opponent the break and a 12-8 lead.

The Dutchman rallied with checkouts of 117 and 120 to make it 15-11, but Price was determined to get himself over the line, hitting the last of his 13 maximums to pull within range and sealing the deal with double 12 to advance first Welsh have been in the final since Richie Burnett in 2001.

“One hundred percent I deserve to be (favourite), I’m world number one again and if I lift that trophy I think I absolutely deserve it.

“I think I probably played some of the best darts in this tournament and hopefully I can just continue that in the final.

“If I then lose what I came for, I’ve failed. I’m here to win the trophy, I’m here to bring it back to Wales.”

Van den Bergh was keen to secure a return ticket after losing to Scotland’s Peter Wright in the final last year.

The Belgian set an early marker with a maximum in the first leg and took an early 4-1 lead by breaking Van Gerwen’s throw after the Dutchman faltered trying to find 30 in the fourth.

Van den Bergh was up 6-4 and although ‘Mighty Mike’ threw up two legs in a row to equalize, Van den Bergh cleaned up with 64 in two darts and moved forward again.

In that tense fight, both men traded misses in leg 18, Van Gerwen saved the damage and won the leg after his rival didn’t deserve the break by missing double 10.

The Belgian put on a three-leg run and was 12-9 with a 114 checkout, but Van Gerwen hit Tops to level at 14-14 and used Van Den Bergh’s misfire to break his throw in the next leg .

And with the momentum on his side, the Dutchman won back-to-back to finish on double ten to complete the comeback and set up a meeting with ‘The Iceman’.