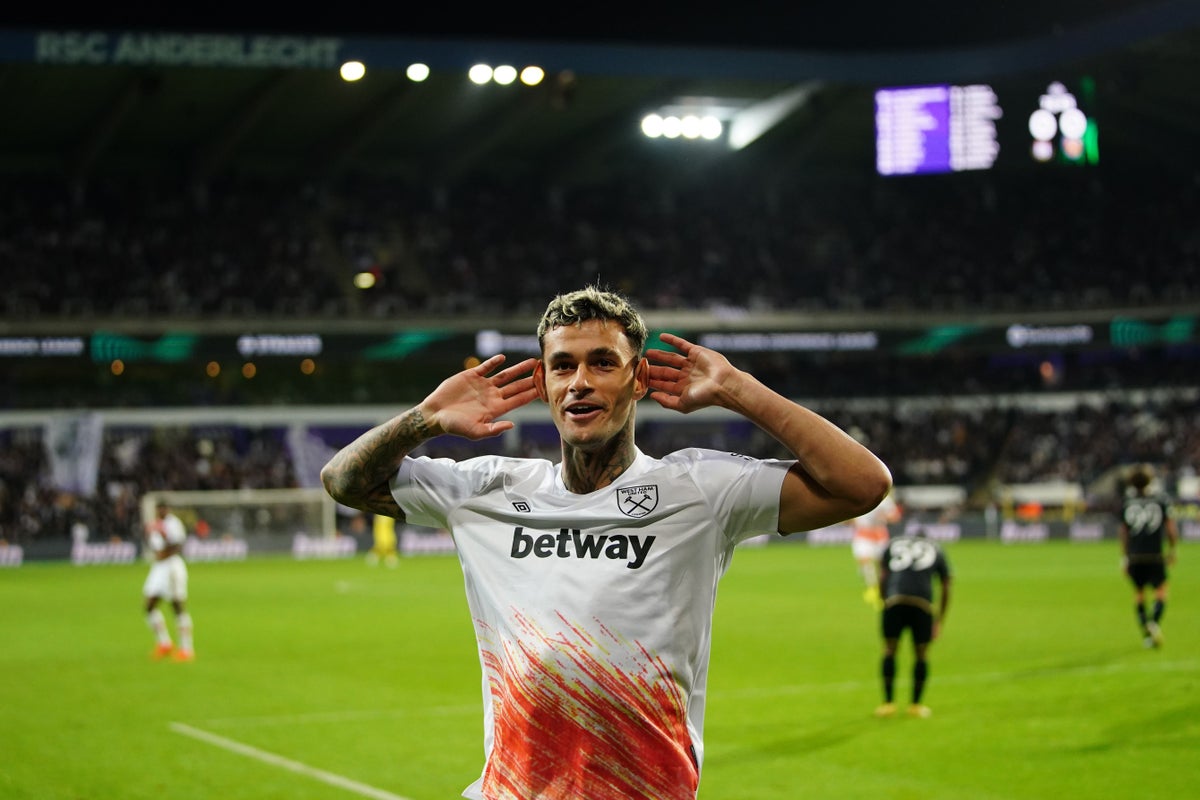 Gianluca Scamacca climbed off the bench to give West Ham a 1-0 win at Anderlecht and place them in Group B of the Europa Conference League.

The Italian netted three wins in three third-tier games for the Londoners with a clean finish, effectively putting one foot in the knockout stages.

It took the £35million signing to do the damage nine minutes after coming on, but the Hammers could have wrapped it up in Belgium long before that.

David Moyes’ side missed a host of chances, with Said Benrahma committing several glaring misses, but they did their job and return to London unharmed ahead of Sunday’s derby against Fulham.

Moyes made nine changes to his squad from the one Wolves beat on Saturday and after a quiet 15-minute opening, the game came alive as both sides created chances within a minute.

Anderlecht had the first opportunity when they sliced ​​through the Hammers down the right flank and the ball fell to former Wolves striker Fabio Silva, but his shot on target was blocked by teammate Francis Amuzu.

Moments later, Benrahma thought he had scored for the visitors when a loose ball fell to him at the far post and he picked out the top corner, but Amadou Diawara headed in an important shot on goal.

Benrahma had two more chances before the break, first when he saw a shot blocked by Vladminir Coufa’s cutback and then a blinding chance when Jarrod Bowen put it on the plate for him after a jab on the right.

The former Brentford forward had another try just after the restart when he fired straight at goalkeeper Hendrick Van Crombrugge.

Scamacca, Lucas Paqueta and Declan Rice came on as substitutes after 70 minutes and nine minutes later the former couple came together to break the deadlock.

Paqueta attracted his teammate, who controlled, turned and clinically found the bottom corner.

Barely tested, Alphonse Areola made a brilliant save to keep West Ham ahead with the last 10 minutes when Silva, who was struggling to find the net at Molineux, thought he had scored with a powerful header, but the Frenchman refused to save him with a brilliant reflex.

Filming of Rushmore was a surprise return for Wes Anderson