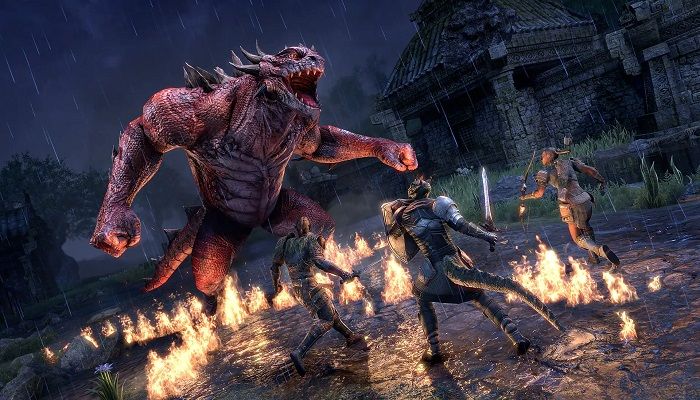 The start of a new Deep Dive Behind the Scenes series for The Elder Scrolls Online is out and in the first part developers discuss the process behind the design of Tamriel’s dungeon and trial bosses.

With the recent release of the Rising tide DLC that includes new dungeons, bosses are probably back in players’ minds. Part one of this developer interview features Lead Encounter Designer Mike Finnigan and Senior Content Designer Shane Slama going through how the team works to design bosses that fit the overall story being told, the lore of Tamriel, and what the key mechanical considerations are.

When it comes to mechanics, the team emphasizes player movement when designing a boss encounter. “We want to get players moving and engaging in things like interrupts, blocks, and dodges whenever possible,” Finnegan points out. And if you have taken some ESO’s Boss fights, you’re probably already getting the feel for it. Each of the developers also goes into how the whole team divides up the work, from deciding what the boss’ moveset will look like and how he’ll behave in his environment, to conceptually laying out the entire space before he gets to all of that comes. This can be something like the features or an animation you see when you enter a room. They’d rather emphasize “build encounters” than just fight a boss fight. This stems from both the lore and the environment they create and in which they place all of their actions.

When creating these encounters, the story revolves heavily around how they shape everything from the moves to defeating that boss. They work with the writers and the other designers like the animation team or the visual effects team and decide what the Fulton counter could look like before the idea is approved to go to a prototype stage. It’s very early, but what you eventually see is taking shape.

The developers go into much more detail about the interaction between teams, design philosophies and the integration of the story into a boss encounter concept. and that’s all just part one. You can read the full dev blog at The Elder Scrolls Online.

https://www.mmorpg.com/news/go-behind-the-scenes-with-the-elder-scrolls-online-devs-on-tamriels-boss-encounters-design-2000124620 Go behind the scenes of Tamriel’s Boss Encounters design with The Elder Scrolls Online developers

THE LONDON DUNGEON LAUNCHES NEW SHOW 'CURSE OF THE WITCH'