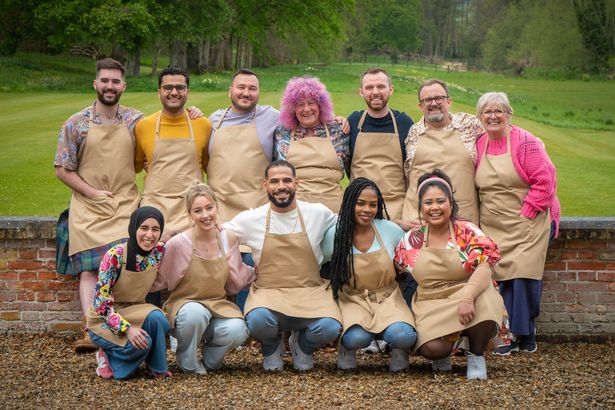 The Great British Bake Off has become a fixture in the viewing habits of many UK households in recent years and anticipation for the new series has been high.

It will return to our screens channel 4 On Tuesday, September 13th, starting in just over a week, the 12 bakers for the program were announced.

Ranging from a supermarket cashier to a nuclear scientist, the diverse group will be put through their paces in numerous baking challenges over the course of the weeks.

Here’s a breakdown of who will be taking part in the 2022 series of The Great British Bake Off.

Abdul is an electrical engineer from London and grew up in Saudi Arabia to Pakistani parents.

He is an avid salsa dancer and has a passion for all things space.

Interest in baking arose when he and his classmates baked for each other to brighten up their daily coffee breaks.

Matcha is one of his favorite flavors and he takes a precise approach to his baked goods.

Carole is a supermarket cashier and lives on a hilltop in Dorset with her husband Michael.

Aside from her interest in baking, she loves gardening, so much so that she has a feature on her local radio show called Compost Carole giving tips.

Her foray into baking began when she baked a first birthday cake for her eldest granddaughter Maisie and since then she has honed her skills, even using YouTube videos to teach herself some techniques.

She loves to incorporate fruity and bold flavors into her baking.

Dawn is an IT manager from Bedfordshire who lives there with her partner Trevor and is a mother of three, a stepmother of two and a grandmother/stepmother of four.

She loves the challenge of an illusion cake to channel her creative talent into intricate designs.

Skills that might come in handy in the bake-off tent are a steady hand and attention to detail, especially when it comes to the intricacy required for lace patterns on cookies.

Her favorite flavors are lemon, salted caramel, and anything nutty.

James is a Cumbrian nuclear scientist who grew up in East Glasgow and moved to England after university.

He’s a self-proclaimed board game freak and loves horror movies from the 70’s and 80’s.

James enjoys the technical side of baking, but is in his element making his baked goods his own, with his signature “kid-friendly horror” style and adorable decorations.

His favorite flavors are anything autumnal, like mixed spices, apples, and caramel.

Looking for good news? Here’s a little something…

The Great British Bake Off is back on your screens on Tuesday 13th September at 8pm! 😃 #GBBO pic.twitter.com/VK0IDNus21

Janusz is the personal assistant to an East Sussex headmaster who moved to the UK from Poland 10 years ago.

He lives with his friend Simon and their dachshund Nigel.

Outside of baking, his passions include internet culture, watching drag, and collecting movie props.

His mother, who always baked on Saturdays, inspired him to bake; a tradition Janusz continued when he left home to attend university.

He describes his baking style as “cartoony, colorful and casual” and loves turning Polish ingredients into British staples. His favorite flavors are ginger and chocolate.

Kevin is a music teacher from Lanarkshire dedicated to spending as much time as possible with his wife Rachel, siblings and their partners.

A talented musician who not only teaches but also performs, Kevin is primarily a saxophonist but is also proficient on the flute, piano and clarinet.

He started baking when he was 17 and his ethos in the kitchen is to use the best, seasonal ingredients and spend time honing his technique.

He loves interesting combinations of fruits, herbs, nuts and spices.

Maisam is a student and sales assistant from Greater Manchester who is also this year’s youngest candidate in the programme.

Originally from Libya, Maisam has lived in the UK since she was nine. She speaks five languages ​​(English, Arabic, Amazigh, Spanish and Turkish) and wants to speak seven languages ​​by the time she is 20.

She has been baking since she was 13 and often spends multiple attempts trying to get the perfect cake.

Her favorite flavors are inspired by her Mediterranean heritage – she loves the taste of olives, the sweetness of dates and the nuttiness of sesame seeds.

Swedish-born Maxy is an architectural assistant from London who has a master’s degree in architecture.

She has made her apartment very her own, from laying the floor and redoing the balcony, to painting the walls and hanging her own artwork.

Her favorite flavors are linked to her Scandinavian upbringing — the sweet and delicate spiciness of cardamom and saffron buns and cinnamon buns.

Rebs is a Masters student from County Antrim and loves all things Irish culture which has led her to know Irish dancing and being able to play the tine whistle.

Her earliest baking memory is of helping her mother in the kitchen and eating her grandma’s famous lemon meringue pies as a child, aged just three.

She recently returned to baking to relieve the stress of a busy life in the tech world.

Flavor is paramount to her, and lately she’s started playing around with Middle Eastern ingredients – a nod to her boyfriend Jack’s Turkish family heritage.

Sandro is a London nanny who was born in Angola but fled the country with his mother when he was just two years old to avoid war, which led to them settling in Britain.

Sandro is a passionate fitness fanatic, an avid boxer and also has a background in ballet and breakdance.

When Sandro was 21, his father died and he turned to baking as a form of therapy.

Now he lives and breathes it and can often be found rustling cakes in a relaxed atmosphere with the TV on or leading virtual baking classes for children with autism.

He likes to infuse his baked goods with flavors of his Angolan heritage — the spiciness of paprika paired with tangy cheese and sweet baked goods smothered in gooey dulce de leche.

Syabira is a cardiovascular researcher from London who was born in Malaysia and moved to the UK in 2013 to do her PhD.

She lives happily in London with her boyfriend Bradley and loves gaming. She often spends evenings playing an online World War II simulation game, which she credits with teaching her about real-world leadership.

Syabira started baking a red velvet cake relatively recently — in 2017 — that reminded her of the goodies she used to share with her friends back home.

Will is a former charity director from London, where he lives with his wife, three children and a cat named Tiggy.

When not hanging out with his kids, Will loves DIY and carpentry, which spoils his background in architecture, and cooking new and exciting dishes in the kitchen.

His passion for baking began when he was two years old when his mother gave him her leftover pastry to make little jam tarts.

Fascinated by the technical side of baking, he is a particular fan of using yeast – and not just in bread! His favorite flavors are salted caramel and paprika (but not at the same time).

Male pedestrian, 70, dies after collision with SUV in Waterford