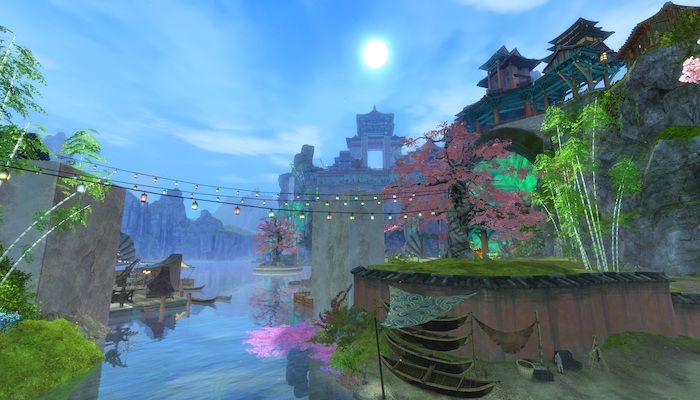 It’s been almost two weeks since End of Dragons is out and after seeing how things go on live servers this is still the best expansion ArenaNet has done to date. ArenaNet delivered a good story with lots of great character moments. The addition of incredible new areas to explore and follow our way, new elite specs for every profession, and five new types of mascots continue the tradition of alternative advocacy games. change the way we play Guild Wars 2.

As I mentioned in the Ongoing Review, End of Dragons The story is outstanding from the first moment to the last. Even on my second playthrough, I enjoyed the story and noticed things I hadn’t done before. In my second playthrough, I appreciated, even more, all the little moments we got with the different characters throughout, which helped me broaden my understanding of them and their behavior. their submission. This is especially true of Kasmeer. She’s grown from a character I don’t really like to one that I appreciate being around. Her personal growth is one of the most notable achievements of the Dragon’s Watch team, and it’s great to see it all pay off.

I won’t go into the story for a separate article that could have all the spoiler warnings. However, I would like to point out that the speed of EoD The story was also in place. Things seem like there’s an appropriate sense of urgency, but they’re also moments to get to know both the new and old characters a little better. I wanted to see some more characters, but not as much as we got. Trying to give people their moment can give the story pause. Even the villain was not who or what I expected but was very well done.

Outside of the story, there is one very big thing that I want to point out. If you don’t like to play GW2 prior to EoD, you won’t suddenly like it now. ArenaNet didn’t use this expansion to reinvent it GW2 and turn it into something else. The main activities and reasons for doing them remain intact. Everything added here enhances the experience and improves it, but for players who don’t like horizontal and stylistic developments there is always something to pursue, EoD won’t change those things for you. This makes me happy as a lover GW2but anyone looking for a reinvention won’t find it here.

ArenaNet did a great job with EoD, such as consider new players who may not have played through previous expansions or who may return without those players. Allows newer players to unlock slide, raptor, and spring activity EoD The content immediately improves the quality of the experience for those players. Yes, they will still miss those fluent lines, but it also gives them a better reason to go back and work on those. Also, right at the beginning of Cantha, there’s a trailer for combo, barrage, and dodge fields, which is super helpful. Even as someone who’s been playing since launch, I find reminders of those very helpful.

One of the best things about playing Guild Wars 2 is that they don’t need to take down the server to patch, and even with a lot of players, I don’t have to queue to log in and play. Other than that, the server stability is almost perfect. Of course, there are some bugs that need to be worked out but nothing major or game-breaking. Overall, the map feels full but not too full, which causes problems with trying to get things done. Well, unless you count there’s a random roam and join event to then find yourself halfway across the map, don’t remember what you would do initially. It’s something I haven’t experienced since then GW2 was released and I’m happy to have that distraction removed.

One thing that didn’t go so well was the meta event in the final map, which was designed to be a tougher fight than most open world events. I was concerned that the Siege Turtle was locked after completing it because the Siege Turtle was one of the banner features of EoD. So I’m not surprised to see players go crazy about it. Every time new challenge content launches, there is a period of adjustment and players figure out what they need to do to win. There’s always been a time when events fail more than they succeed, and tying one of the main extensions to that challenging content is the wrong choice.

Thankfully, they made the first correction a few days later EoD launched and continuously tweaked everything including a recent fix for how often the boss activates its “tail”. Also, they’re rolling out another way for players to get their Siege Turtle Eggs on March 15order, this should help alleviate this problem. It will take 200 Writs of the Jade Sea to get it, so it still won’t be a quick process, but at least it’s better than waiting in a harsh meta event. This also rewards players who have worked with this meta with no luck, as they will likely have a stock of these articles already. Overall, I’m glad they’re not just nerfing it to the ground and are providing players with another way to get the egg.

Some players have complained that all the old specs were nerfed right before the expansion launched to make the new elite specs more appealing, which is a bit of a cross. sculpt. Yes, some nerfs were given around that time, but instead of nerfing everything that was playable, they nerfed a specific playstyle. Catalyst isn’t very appealing to me, so I’m happy to stick with Weaver for now and I don’t have any problems with that. One thing’s for sure, there’s always a significant balance patch after the expansion’s launch. Usually a month or two after they have had enough time to collect data on the balance of all specifications and resolve the issues.

Having played through the expansion but by no means accomplished everything I wanted in it, I can say there’s a lot of content if not EoD than other expansions. About the chapters, EoD there are only many chapters like Hot (both 16 EoD start with Chapter 0 instead of Chapter 1 like Hot no), and more than three PoF do. Even considering that the individual chapters in EoD felt the content was more packed than the previous two expansions, having a much improved checkpoint system in story cases also helped the viewers feel better. Each map is full of secrets and hidden things that are very rewarding and interesting if you like to explore.

One thing that you find easier in this expansion is the proficiency score. These points are rewards for completing chapters, plus, many of the mastery points in the map are much easier to find (if not easier to find). End of Dragons was the first expansion where I had so many mastery points ahead of me, needed to use them. I’m sure I’ll still get to the point where I’ll finish lines and have no points to spend, but for now, the speed at which points are won and unlocked are awesome. Part of the reason it might feel that way is EoD requires 89 proficiency points to fill out compared to PoF’s 72 at launch. Also, anyone who has left in Hot or PoF It’ll be nice to know that you won’t get stuck trying to complete the lines fluently so you can move on with the story.

Overall, End of Dragons feels like ArenaNet has learned all the lessons of both Heart of Thorns and Fire Road and honed their latest expansion into the best of both. Some areas where things are not quite there, they are working hard to fix them in the right way, which will be best in the long run, rather than quick solutions. This is the perfect foundation for the story they’ve been telling for the past ten years, and this expansion makes me excited to see where they’re going from here.