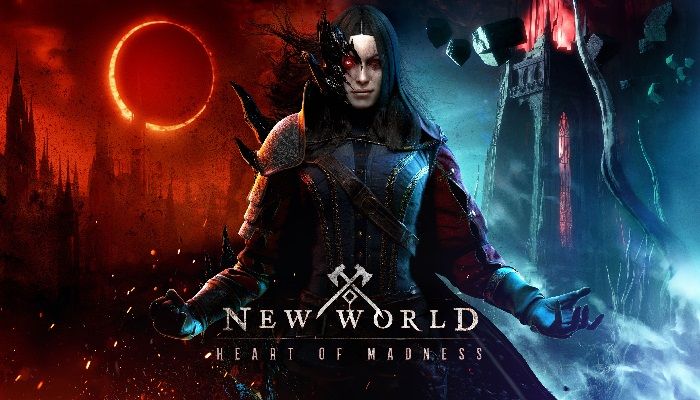 March update, Heart of Madnessbecause the New world will come to PTR tomorrow and now we know more about what will happen this month. There’s a new expedition, Tempest’s Heart, a brand new weapon, new encounters, and more fixes along the way.

The new weapon that comes with this update is the Blunderbuss, a ranged weapon designed to move that allows you to be chained close for medium range damage. This weapon will also scale in power and intelligence, resulting in a more customizable experience that might be worth a try for a mage or even a bruise-type crafting. Blunderbuss comes with two weapon masters so you can choose between playstyles to choose what works best for you. Taking control is about closing the gap and getting close to Release your strikes. Chaos tree allows you to keep distance and deal AoE damage to enemies.

With the arrival of the new weapon, there will also be a bunch of new legendary weapon quests for level 60 and up. Once you reach the max skill level with Blunderbuss you will be able to start this quest chain.

Another feature of the update is the new Expedition, Tempest Heart, The Myrkgard Expedition. This expedition will end Isabella’s story and continue the main quest line of the story. You’ll be able to learn more about her secrets as you get into the action. Chase Isabella to Shattered Mountain and bring her into the final battle. It doesn’t stop there as you will be able to enter the Heart of Tempest into an unexpected dimension and the capital Myrkgard.

After the February update was mainly dedicated to hundreds of bug fixes and balances, the March update returned to focus on content. Also in the update are new Encounters in the wild, some more weapon balances, and even more bug fixes. The PTR update will arrive tomorrow, March 3 at 10 a.m. PT.

For more on the update, check out the announcement at New world.

After all, EA will release The Sims 4 wedding story pack in Russia

One notable actor has secretly starred in every Rian Johnson movie