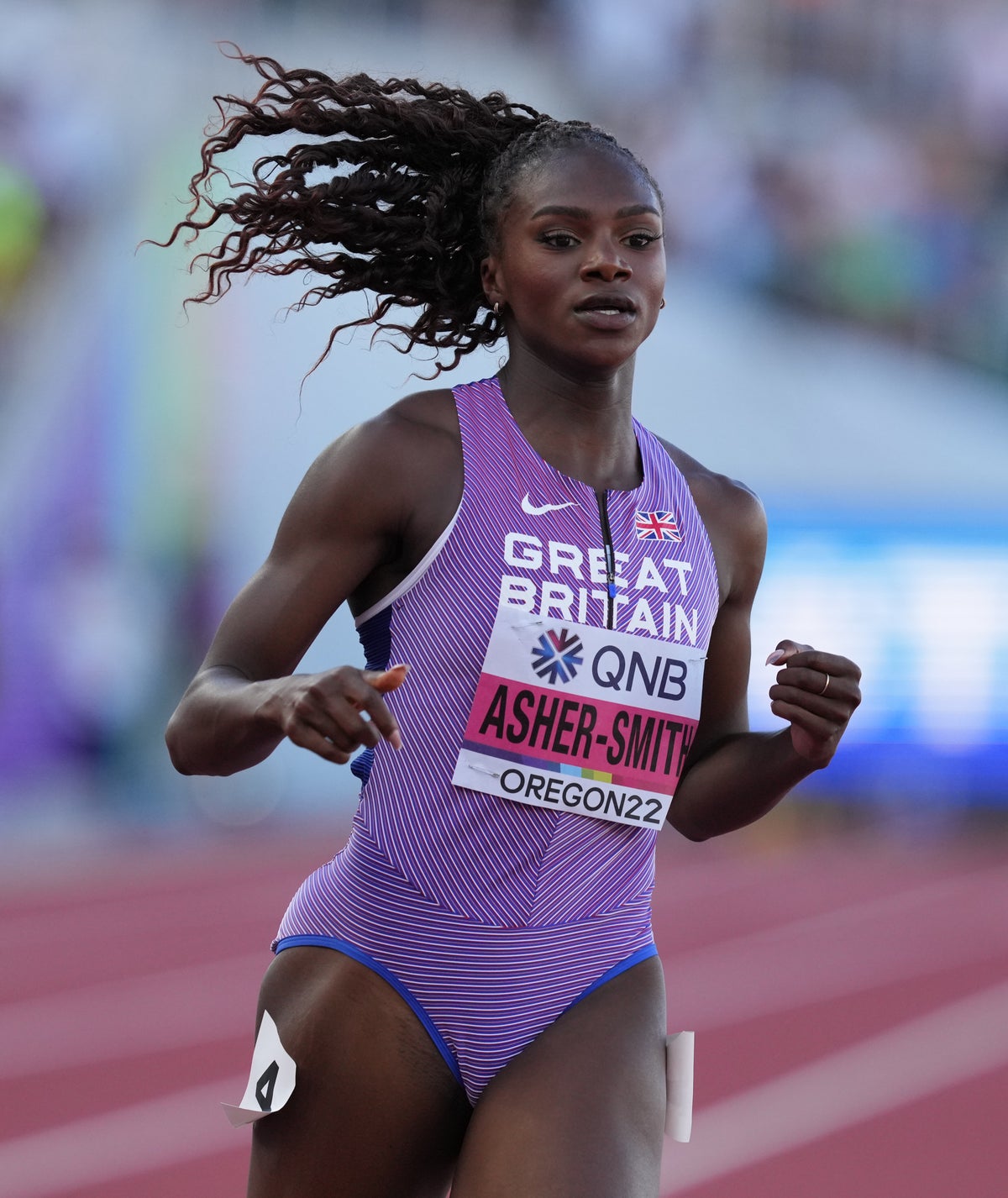 Dina Asher-Smith faces a race against time to be fit for the Commonwealth Games after suffering a relay nightmare at the World Championships.

The 26-year-old, who won bronze in the 200m on Thursday, arrived with an injury ahead of Saturday’s final swap with Daryll Neita in the 4 x 100m.

She sprinted on to pass the baton, but that stopped the team’s momentum and Neita was only able to cross the finish line in sixth, with the team finishing 42.75 seconds in Eugene.

The US beat Jamaica – including Shericka Jackson, Shelly-Ann Fraser-Pryce and Elaine Thompson-Herah – for gold, with Germany third.

Asher-Smith was shy about the nature of the problem – although it appears to have been a hamstring problem on her left leg – but has just nine days until the 100m on the opening day of Athletics at the Commonwealth Games on August 2.

“I’m still stunned. If I had felt something while warming up, I would never have run. I’m shocked. It’s just something I couldn’t go on with. I feel really bad,” said Asher-Smith, who had to run the 100m and 4x100m relay in Birmingham.

“I hope it’s nothing serious because I have a lot more races ahead of me this year. I feel bad. I felt good, we ran well,” she said.

“I have to go to my physio but I’m a bit confused because I was feeling fine when I came in, went around the corner and my legs just stopped corresponding with me.

“I literally thought, ‘What’s going on? body, what have you done to me?’”

When Asher-Smith took over the baton from Lansiquot, Great Britain were third, but despite Neita’s brilliant run, they were unable to take back anything.

Neita said: “She’s done amazingly well to keep running. I saw her face and I thought, ‘No, no, no, don’t give it to me’.

“I didn’t want to run away from her because I saw her face and it didn’t look pretty. Wanting to take the baton just shows what a team player she is and what a fighter. She will be fine.

“If you watch it you will see how much of a lead we were. This is just a freak thing.

“The main thing is that Dina does the right thing and is ready for the commies.”

Lansiquot also assisted Asher-Smith in hugging the team on the track after the race.

She said: “We win together, we lose together. All that matters is, ‘Are you okay?’ We know how good we are. It’s just not our day and the important thing is to get back on track.”

https://www.independent.co.uk/sport/dina-ashersmith-usa-great-britain-daryll-neita-world-athletics-b2129955.html Heartbreak for Britain when Dina Asher-Smith was injured in the season finale