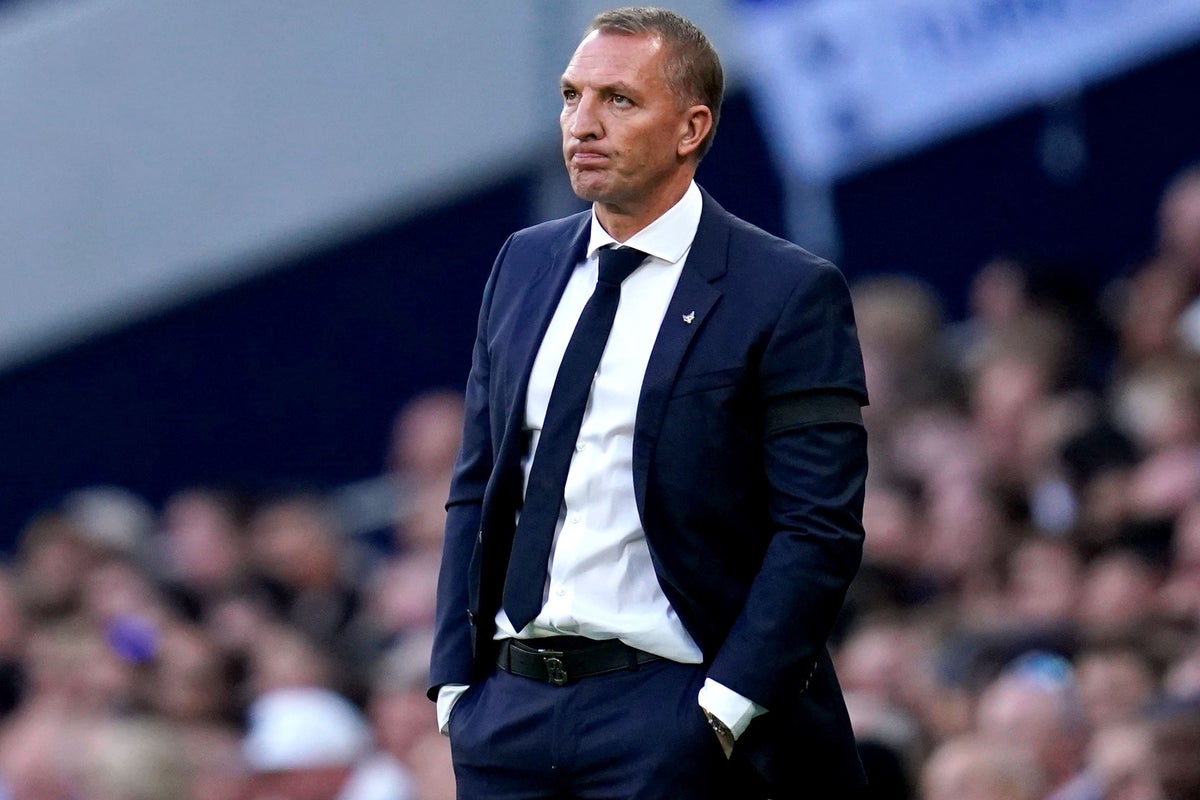 Defiant Brendan Rodgers is ready to take on the derby heat to pull Leicester out of trouble.

The Foxes are at their lowest point in the Premier League and are without a win in the top flight this season.

It has increased the pressure on Rodgers ahead of Nottingham Forest’s crucial derby visit on Monday.

The former Celtic manager is aware of the growing fear at King Power Stadium but is reveling in the challenge.

“I’m really looking forward to it because I know it’s going to be hot. Everyone’s looking at us and that’s what you want, you want to go and perform,” he said.

“Experience helps, that’s for sure. I also know that it’s only a matter of time before this team does well.

“Just keep calm, work the way we work and you just have to have that level of aggression, make sure it’s there and then that allows us to play our football. Then we will be a good team again.”

The 29-year-old has conceded 22 goals in his first seven games since Schmeichel’s summer move to Nice, including 11 in his last two games – capped by the 6-2 defeat at Tottenham.

“The only thing we need is time. You can’t take away from Kasper the great servant, influence and personality he was here,” he said.

“When Danny comes in he has to bring his own personality to the team and that takes a bit of time and cohesion.

“It was a really challenging start for him but you have to show confidence. It was a tough start for him, but that’s part of goalkeeping.

“You don’t judge goalkeepers just by their saves, but also by how they react to mistakes. We must support him and try to see him through if we believe in him. I think he’s a really good goalkeeper and hopefully he can show that over time.”