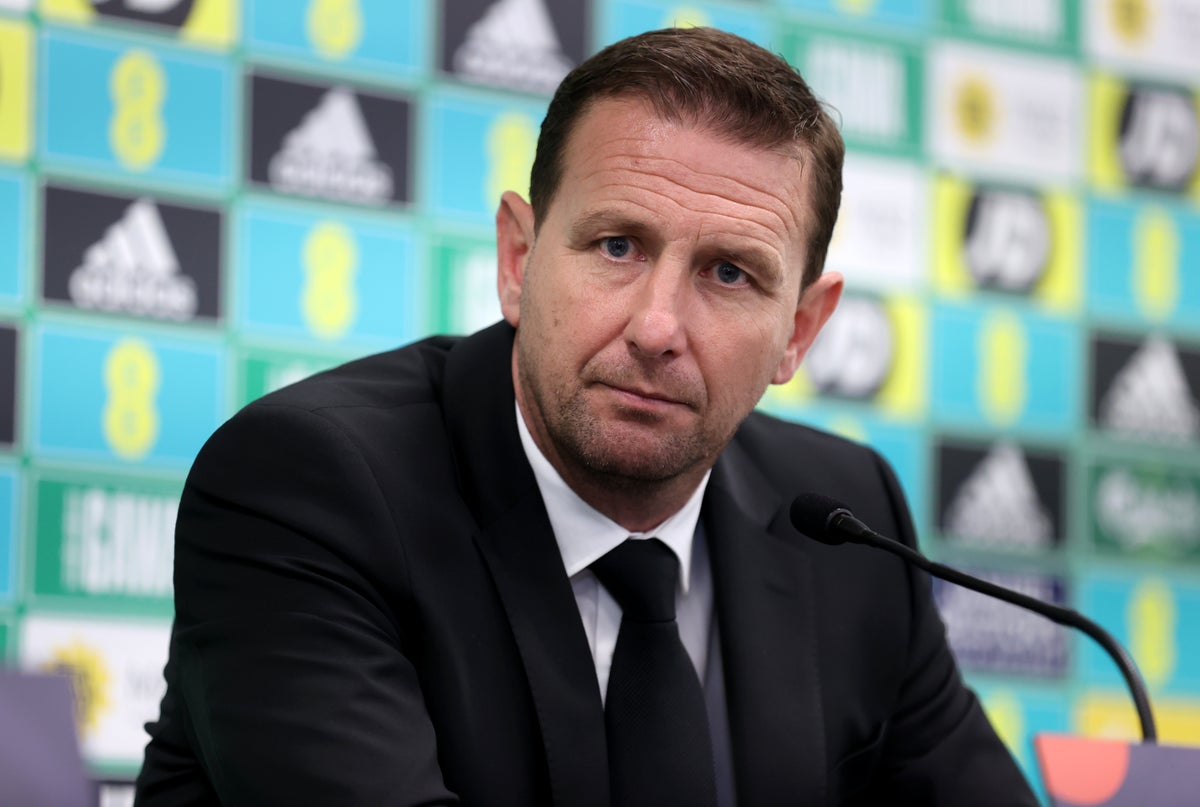 Northern Ireland manager Ian Baraclough stressed his side are still making progress but Tuesday’s 3-1 defeat by Greece in Athens was a step backwards.

After the joy of Josh Magennis’ added-time winner against Kosovo on Saturday, the familiar feeling of Nations League defeat returned at the Georgios Kamaras Stadium as second-half goals from Giorgos Masouras and Petros Mantalos sank Northern Ireland.

Kosovo’s 5-1 win over Cyprus spared Baraclough’s men the prospect of a relegation play-off to avoid slipping to the bottom tier of this competition, but the defeat still leaves them facing a descent in the rankings and one disheartening draw for Euro 2024 qualifying.

The final whistle was greeted with boos from the 1,000-strong Green and White army but while Baraclough will accept five points from 18, that’s not good enough in a group where Northern Ireland were expected, but he’s nonetheless certain that his team it creates progress

“Of course they will be frustrated, we lost a game,” he said of the fans. “You sent them home happy at the weekend, this time we couldn’t salvage anything and they showed their frustration because they saw the team lose.

“We know that when we have more experience in the squad around one or two of the youngsters we are better, we improve. We have to get better, of course, but that takes time.”

Northern Ireland have been guilty of too many bad passes and sloppy play in the game.

Although a midfield of Steven Davis, Ali McCann and George Saville – the latter replacing Jordan Thompson in the early moments of the game after the Stoke man suffered a blow to the head – captured the ball well, all too often it was given straight to the back .

Attempts to play from behind also looked dangerous and resulted in a couple of chances for Anastasios Bakasetas in the first half before setting Masouras up for the second after a Davis turnover 10 minutes into the second half.

“I was happy with the first half, I thought our form outside of possession was very good, we moved the ball well and did a few things,” said Baraclough.

“We fell back but we showed good character to come back, Shayne got past his man and it was an excellent goal.

“We looked good at half-time, they didn’t really open us up, but in the second half we were frustrated, we couldn’t get our connections, passes went astray and we didn’t get to the thirds.

“We gave the ball away in an area where they could open us with a pass. It’s a fine balance with playing from behind.

“We were a little frustrated, we were a little bit disjointed in terms of form and that can happen when people try to follow the game but we can learn from it.”

Dropping down the rankings for the Euro 2024 qualifying draw could still prove costly, but Baraclough pointed out that Northern Ireland started their successful Euro 2016 journey in pot five as well.

“Can lightning strike twice?” he said. “We have to see.”

How to connect Apple AirPods to a laptop