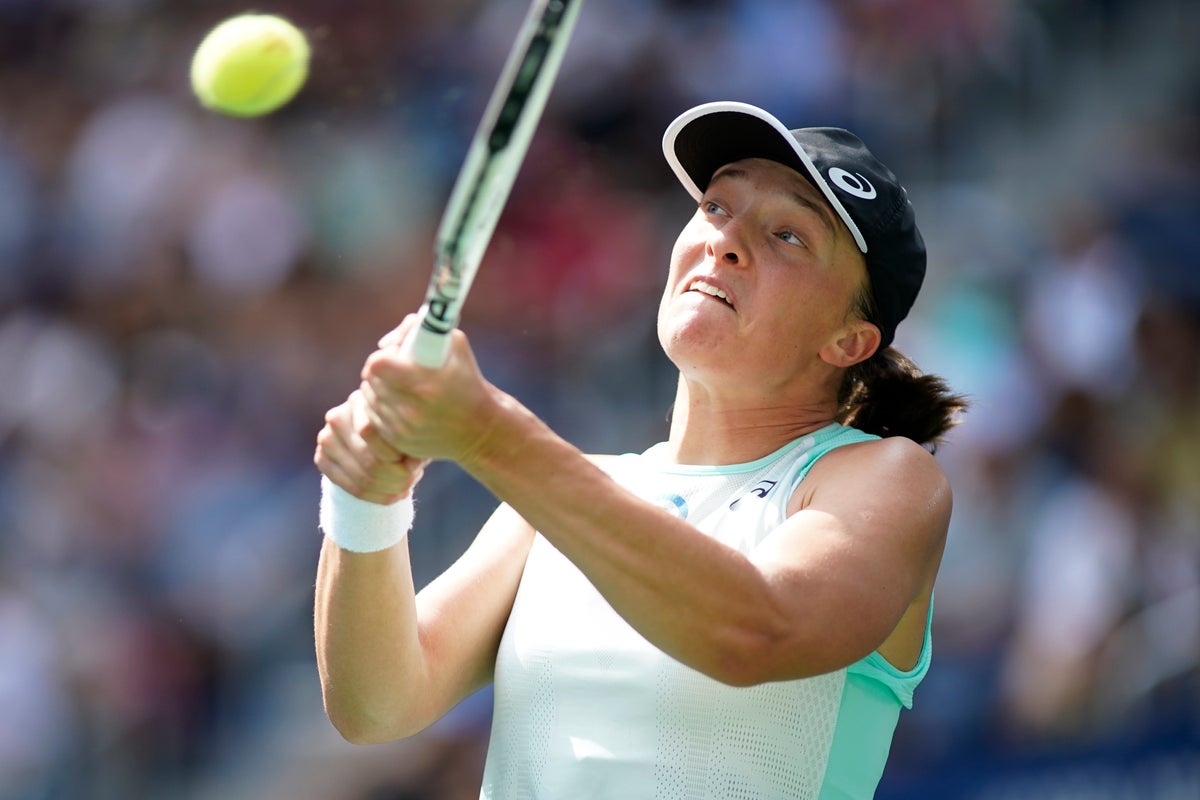 World number one Iga Swiatek survived a scare, defeating Jule Niemeier to reach the quarterfinals of the US Open for the first time.

The Pole was a set and a break ahead of Germany’s Niemeier, who showed her potential by reaching the Wimbledon quarter-finals in only her second main draw appearance at a Grand Slam.

Swiatek hasn’t been in great form since Alize Cornet ended her 37-game unbeaten run at Wimbledon and she made plenty of mistakes again.

Swiatek said: “I’m just proud that I didn’t give up hope because she played really well in the first set. I’m pretty happy I used my experience to keep the same level throughout the game.”

In the quarter-finals, Swiatek meets American Jessica Pegula, who, after beating Petra Kvitova 6-3, 6-2, made it into the last eight of a Slam for the third time this season.

Pegula is part of a famous American family of athletes, with her parents Terry and Kim Pegula, owners of NFL team Buffalo Bills and NHL team Buffalo Sabers.

Enjoying the extra support it brings, she says: “It’s definitely different playing abroad, I feel like people don’t make the connection as often as they do here.

“There’s a lot of people from Buffalo who are kind of everywhere, you can always find someone who’s a fan of Bills and Sabers.

“And I think I’ve embraced it more and think it’s funny and cool that because there’s not a lot of tennis in Buffalo, these people don’t know anything about tennis, but they’re going to come and the game in Cincinnati or here or wherever.” see. just because they are a fan of the teams.”

Gerard Sherlock: Why I Didn't Treat My Only Case of Mastitis

Sussex MPs on what they want from the new Prime Minister