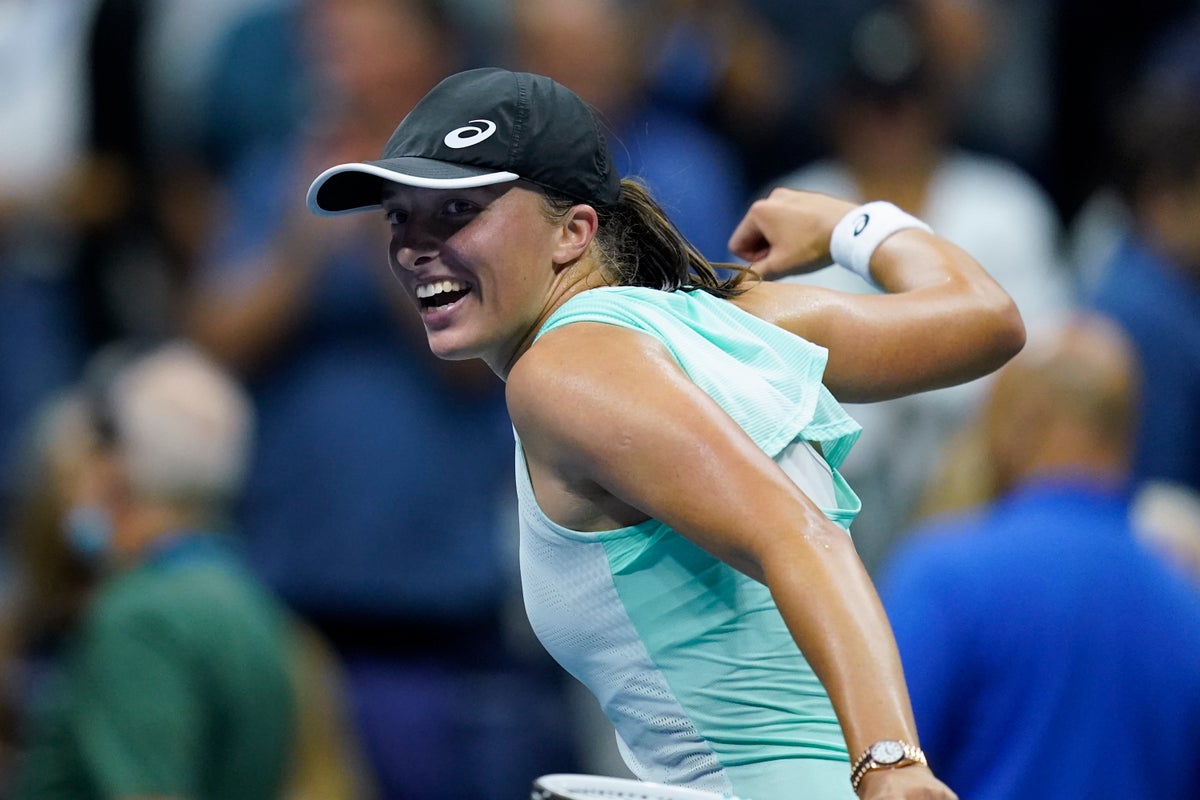 Iga Swiatek stayed on course for a second Grand Slam title of the season after battling past Jessica Pegula and into the US Open semifinals.

The world number one and French Open winner is the only player yet to win a Slam trophy in both singles draws and she upped her level with a 6-3, 7-6 (4) win over American Pegula.

Both players struggled to hold serve and Swiatek was twice broken on serve for the match, but she came through the tiebreaker to set off a clash with Aryna Sabalenka on Thursday.

Swiatek hasn’t found her best form in these two weeks but it’s still been good enough having only lost one set so far.

Eighth-seeded Pegula has been a rare consistent performance in the top 10 this season and this was her third major quarterfinal of the year, but she has more to go.

She made the first move in the opening set with a break to 3-2, leaving Swiatek in the next game from 30-0 and the Pole was reckless, dropping just two more points in the set.

The second set was a tale of constant fluctuations in momentum, with Swiatek, unhappy with a timed in game five, breaking serve five times only to be pinned back each time.

Pegula was cautioned for hitting a ball in the stands in frustration after another break to make it 4-3, while Swiatek had the happiest of nets to take a 5-4 lead.

The two dragged each other through the wide open spaces of Arthur Ashe in long rallies, but it was Swiatek who played up front more often and finally made it across the finish line.

https://www.independent.co.uk/sport/tennis/aryna-sabalenka-american-new-york-b2162335.html Iga Swiatek fights past Jessica Pegula into the semifinals of the US Open

iPhone 14 hands-on: We catch a rare glimpse of a NEW model with some very special features

Why won’t Novak Djokovic compete in the Australian Open and will he play at Wimbledon, the French Open and the US Open?

Luis Diaz is helped by six team-mates in Liverpool – “I don’t know how they talk!”