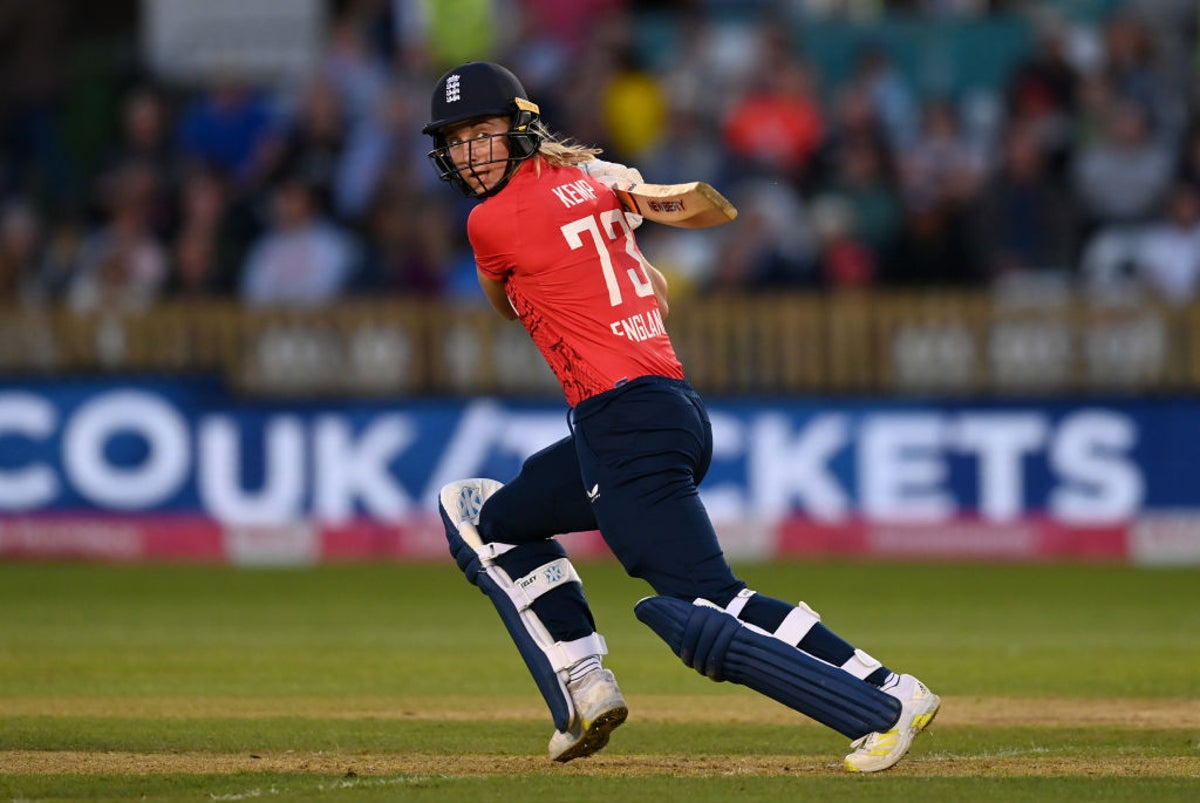 An unbeaten half-century for 17-year-old all-rounder Freya Kemp was not enough for England as India leveled their T20 streak with a confident eight-wicket win in the derby 1-1.

Kemp, who had previously seen just four balls and scored a single run in international cricket, scored 51, not from seventh, as she became the second youngest Englishwoman to make fifty for her country.

A score of 142 for six meant a decent recovery after a night to forget for the top order, but India made the hunt easy as Smriti Mandhana reeled off a wonderful 79 from 53 deliveries.

Mandhana, representing Southern Brave on The Hundred, hit 13 fours, including match-winning runs that ended things with 20 balls unused. A decider awaits in Bristol on Thursday.

England drove to victory in Saturday’s opener, needing just three batters to reach their target of 133.

Things couldn’t have been more different this time around as the top trio of Sophia Dunkley, Danni Wyatt and Alice Capsey were all in the first three overs. Deepti Sharma tripped Dunkley, Wyatt got caught well when she slipped Renuka Singh and Capsey showed the pressure as she carelessly ran out.

At 16 for three, Bryony Smith and captain Amy Jones began rebuilding, digging out a stand of 32 before both falling to Sneh Rana. Smith failed to make the most of a drop for four, selecting Radha Yadav’s safer hands off the next ball before Jones was bowled backwards.

At 54 for five, another build-up period was needed and it started in style as Maia Bouchier hit her third ball for four and Kemp did the same with her second.

Both players were in high spirits as they put on 65 and Kemp put the pressure back on India, clearing the ropes in back-to-back overs, cleanly passing a long-on and heaving the next in the side of the leg.

Kemp was close to passing on the 27th, only dragging her foot back in time, but Bouchier (34) wasn’t so lucky when Richa Ghosh caught her short in the 18th over. Kemp saw things through and timed her attack perfectly as she passed the 50 with a six and a four ahead of Yadav to close the innings.

India wasted no time in tearing chunks from their target, Mandhana and Shefali Verma took full advantage of field restrictions as they heaved 49 from the first five overs. Kemp was quickly brought down to earth after her success with the bat, licking 19 from a ragged one-off.

There were 11 limits on a dominant power play, Mandhana responsible for seven of them as she scored with total freedom.

Jones sent an SOS for world number one Sophie Ecclestone, who knocked out Verma (20) with a sharp catch and bowled with the last ball of the power play, and Freya Davies hit back at Dayalan Hamalatha’s stump in the ninth over but England never got the Run rate under control again.

Sarah Glenn and Ecclestone failed to apply the squeeze through the middle overs, with Mandhana hammering the ball into all parts and Harmanpreet Kaur providing clean shot assist with 29 nos.

Buy used car? Make sure all loans on it have been paid off first

Promotional footage of Brighton and Hove Albion in 1979