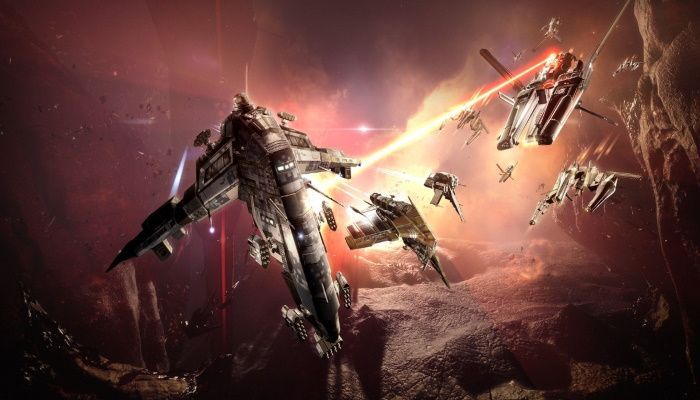 PvP, especially lowsec, solo piracy EVE Online. This is the ultimate end goal I have for myself in New Eden despite having spent years as a space explorer and high security miner. I’ve always wanted to roam low and nullsafe space, keeping an eye out for unsuspecting capsuleers and reminding them that New Eden is a tough place to live, after all.

The problem is I’m really bad at PvP. When I attempt this endeavor, I’m usually reminded of what it’s like to lose a ship. That’s why I’m now afraid to undock with my expensive ones: afraid of being immediately targeted. Who wouldn’t want a killmail for a multi-billion ISK ship?

But that doesn’t mean I’ve never been successful in PvP. In EVE it may have been tough but in games like The Lord of the Rings Online or even recently New world, I have a real knack for taking on other players. But it’s not really my goal in these games. With LotRO, I just want to experience the world, history and sights. With New worldwas about finding out what was behind the corruption that took over Aerternum – despite bugs and a slow level grind getting in the way at every turn.

With EVE Online, but I’ve had dreams of being the lowsec tackler, finding a mining operation and wrecking it with a few well-placed webifiers. I want to destroy an orca and disrupt a competing alliance’s ability to arm themselves during the next war. I want to decloak and watch as the ship I’m targeting sees a little late and isn’t able to warp before my webifier grabs.

I’d love to rule the destruction on a ship from 100km away with a long-range stealth sniper and have the enemy ask where that came from.

The problem with EVE is that it is expensive to experiment and learn. Every time I undock I have to be prepared to lose what I’m flying. Learning to pirate, and how to pirate effectively, can get expensive if you keep bringing death to your enemies. Especially if you don’t have the time – or your opponent isn’t helpful enough to get through what you did wrong.

But it’s an ambitious goal for me. One day I want to use these stealth, solo piracy skills and work for a great alliance that needs front line infiltrators that look ahead and take out advance ships to make room for my allied fleet.

Try as I may, I just can’t “get good”. But that won’t put me off – I’ll keep at it until I’m at least able to flip the narrative and pirate properly – and even make some ISK in the process.

Is there a style of play that you’ve always been interested in but can’t seem to get into for some reason? Let us know in the comments below.

https://www.mmorpg.com/editorials/is-there-an-mmo-playstyle-youve-struggled-to-get-into-but-wanted-to-badly-2000125008 Is there an MMO playstyle that you’ve struggled with but really wanted to play?