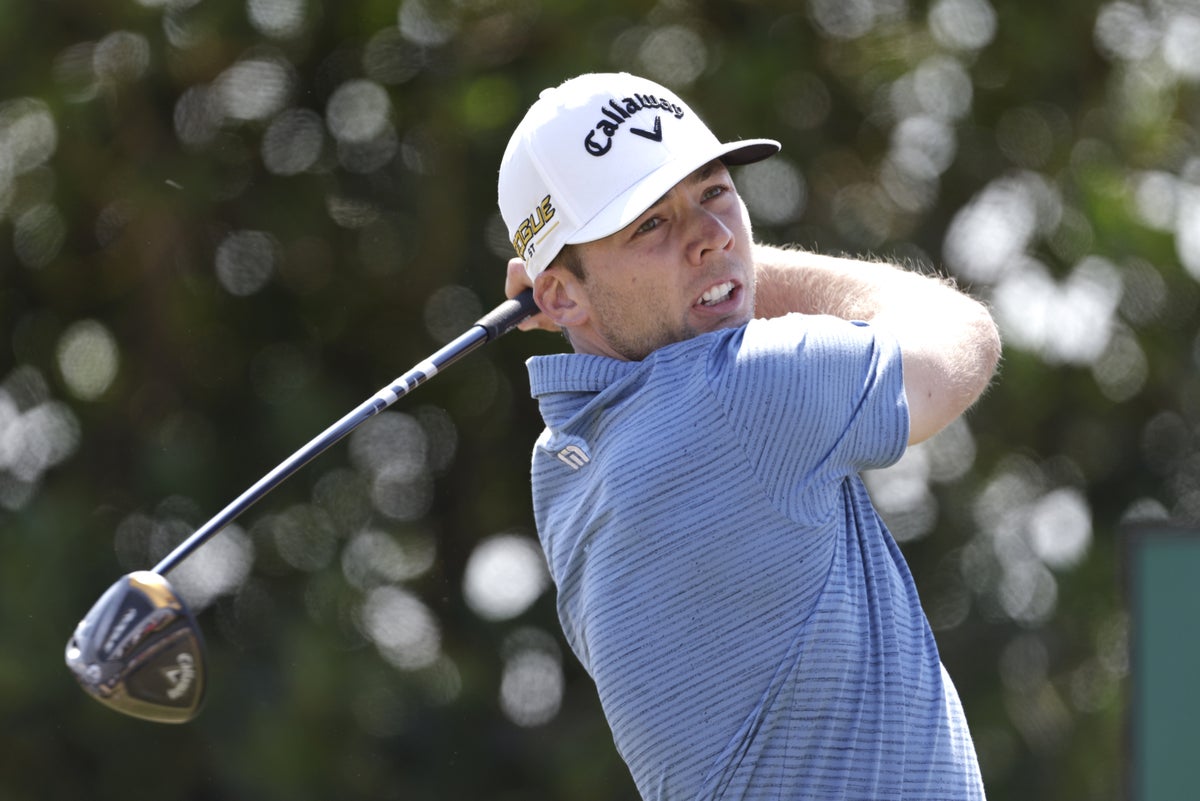 American Sam Burns ended the week with four birdies over his last four holes to shoot 64 and give hope to the pack chasing 150th Open Championship leaders Rory McIlroy and Viktor Hovland.

The 25-year-old, whose round matched Thursday’s best of the week Cameron Young and Friday’s Cameron Smith, was three unders by the turn but failed to play the par 5 in 14th place.

But then he finished with four consecutive threes, including a brilliant approach to the notoriously difficult 17th place finish to get under six for the tournament.

That didn’t detract from the front page of the rankings, however, as McIlroy and Hovland are 16 below and will only tee off in the afternoon.

“It’s probably the mildest conditions we’ve had all week: it’s a bit softer with the rain and not that much wind so it’s definitely better to get,” he told the PA news agency.

“That (end) was nice. I just hit the right shots and bring it in pretty close and make putts.

“It’s always nice to end up like this. Just unlucky to shoot 64 in the last lap and still finish 40th.”

There were plenty of opportunities to take shots on Sunday as the Fife Links were more forgiving after overnight rain and very light morning winds.

His compatriot Tony Finau registered eight birdies as his 66 took him to eight under, while Thailand’s Sadom Kaewkanjana added birdies at 11 and 14 to the eagle and two birdies in the front nine to move to four within the lead.

McIlroy is confident he can get the job done and win his fifth major, eight years after his last success at golf’s elite events.

The Northern Irishman won the Claret Jug in 2014 and won the US PGA Championship a month later after making his big break at the US Open in 2011, but a barren period ensued.

Since then he has had 16 top 10 major finishes, including three this year, and came to the event in his best form in years.

“I’ve finished enough golf tournaments in my time to feel like I know what to do,” he said.

“I just have to do my thing and I’ve been doing my thing for three days and that has put me in a good position.”

https://www.independent.co.uk/sport/golf/rory-mcilroy-tony-finau-cameron-smith-american-tyrrell-hatton-b2125100.html It’s always nice to end like this – Sam Burns ends the final loop with a flourish

There isn't a manual for this, so someone somewhere should do something quick

“Everyone suspects it’s a concussion, but it’s not” – Johnny Sexton responds to speculation about his medical condition