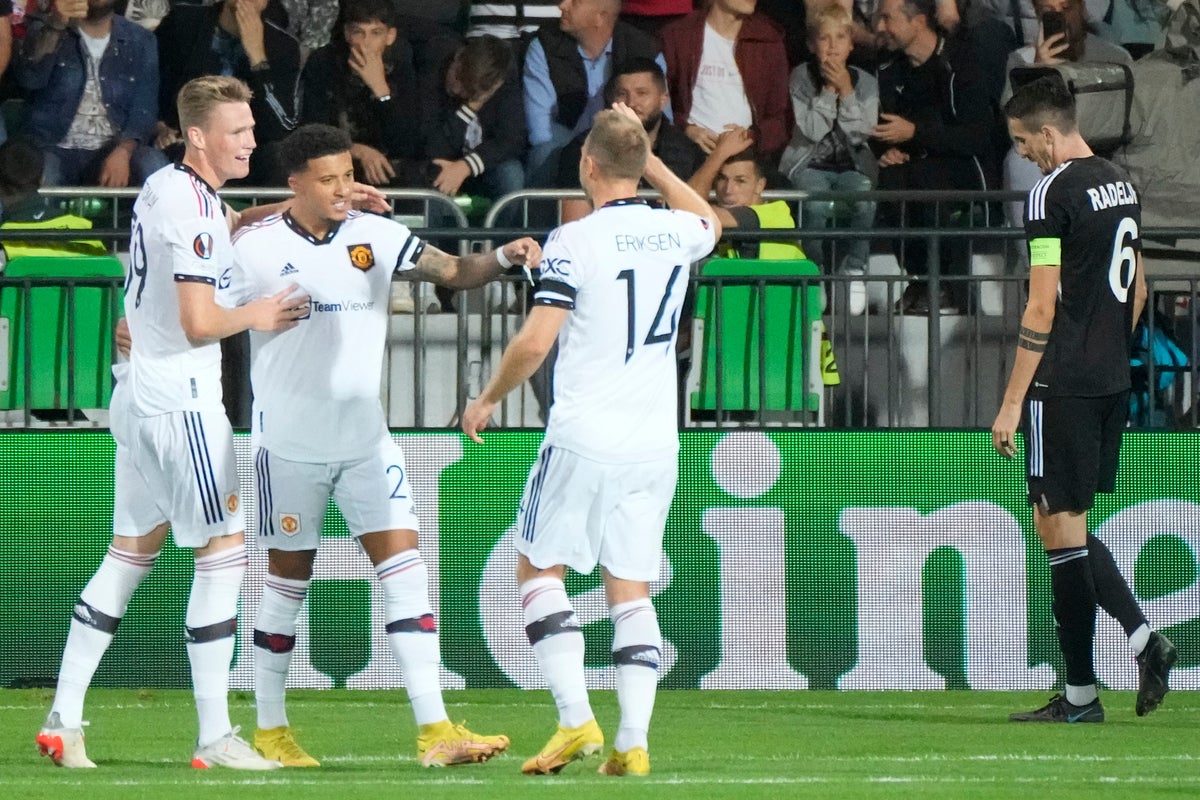 The Manchester United midfielder has been left out of Gareth Southgate’s squad for the forthcoming Nations League games against Italy and Germany on Friday.

That leaves the 22-year-old with little time and plenty to do to secure a place in the finals group for this winter’s tournament in Qatar.

But he put disappointment behind him when he scored for United in Thursday’s 2-0 Europa League win over Sheriff Tiraspol in Moldova.

“That (the World Cup) is one of the goals,” Sancho told MUTV.

“It’s unfortunate that I wasn’t called up, but I have to keep focusing on myself and working hard, week in and week out.

Sancho, who celebrated his 17th-minute goal by holding up a shin guard given to him by a fan, had also cleared a shot off the line in a comfortable win for United. Cristiano Ronaldo sealed the win with a penalty before the break.

It was United’s first win in the competition after losing their Group E opener to Real Sociedad last week.

“Starting the season with a loss was a disturbing result so we knew it was a must,” said Sancho.

On this day in 2013: Hope Powell is stepping down from the role of England head coach