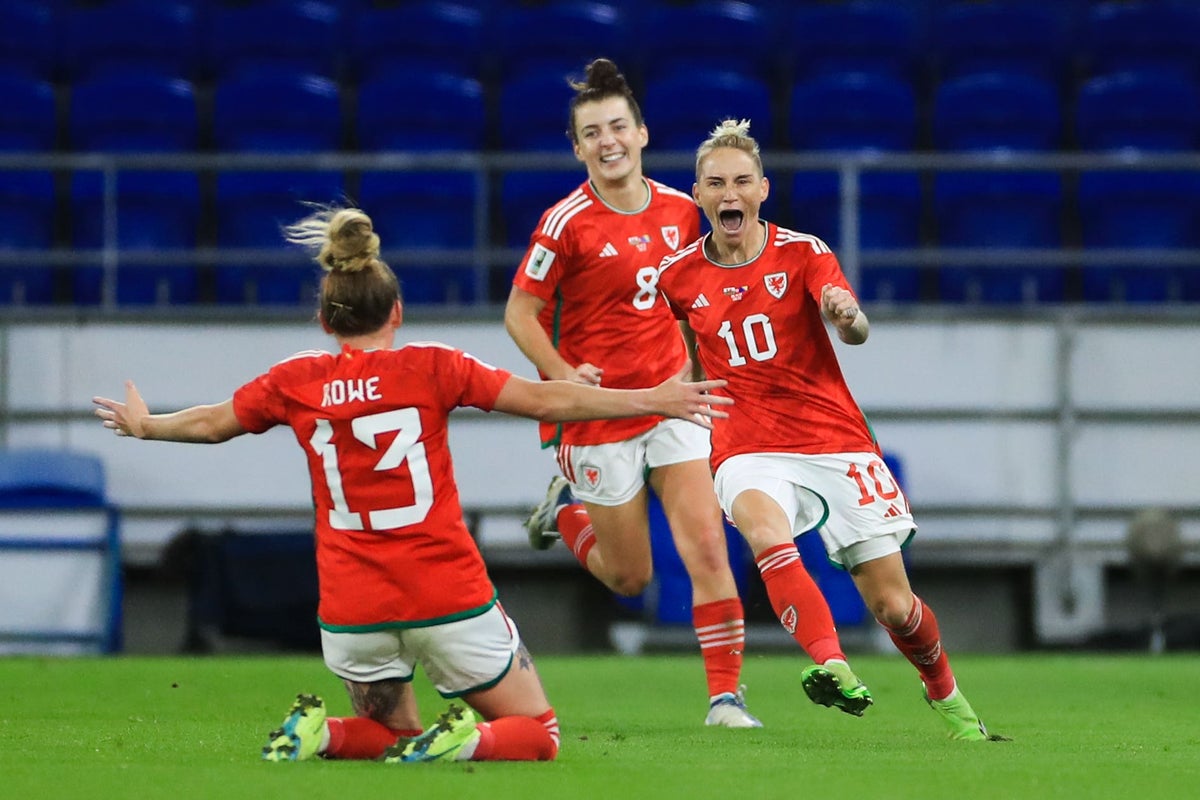 Wales defeated Bosnia and Herzegovina 1-0 on a tense night in Cardiff to advance to the next round of the Women’s World Cup play-offs.

It capped an exceptional few days for Fishlock, who won the NWSL Shield with her Seattle club OL Reign last weekend as Wales secured their place in the next round.

Wales now play in Switzerland on Tuesday ahead of a possible intercontinental play-off in February to determine qualification for next summer’s finals in Australia and New Zealand.

Gemma Grainger’s side incredibly had the ball in front of the winner on four occasions, but on a night when VAR was operational at a Welsh women’s game for the first time, they prevented an offside flag each time.

Wales had welcomed a home game against Bosnia, with midfielder Rowe going as far as to say she “almost screamed down the roof” as she drew opponents ranked 63 in the world and 30 below the Dragons.

Wales were without Natasha Harding for “personal reasons” after the 103-cap midfielder made her Aston Villa debut last weekend.

But Wales were able to bring back their all-time cap player Fishlock, who missed the last qualifiers against Greece and Slovenia last month through injury.

Fishlock was involved throughout the first half in which Wales dominated but were unable to break the deadlock.

Much of that was thanks to Hodzic, who made a series of excellent saves to keep the competition scoreless.

Hodzic stopped the efforts of Fishlock and Ceri Holland at close range while she was relieved to see an offside flag after Kayleigh Green rounded her and rolled the ball into the net.

Hodzic saved Rowe’s 25-yard shot and pushed Holland’s follow-up shot over the bar. On a third occasion, Angharad James’ shot was blocked by a Bosnian defender.

Wales continued to push forward as half-time came to an end but Hodzic was back in the right place to thwart Holland and Rowe and James volleyed over the goal from a Fishlock cross.

Bosnia showed more offensive intentions after the break and it was a more even fight.

Wales were almost embarrassed when Hayley Ladd headed a pass to her own goal from Melisa Hasanbegovic while O’Sullivan was stranded.

The Manchester United defender fended off the threat and Wales regained the initiative in the last quarter after celebrations were interrupted three times.

But just when Wales were unlucky, Fishlock emerged with her 35th international goal and one of the most important of her remarkable career.

Gritty Dubs fight for the decisive victory along the way