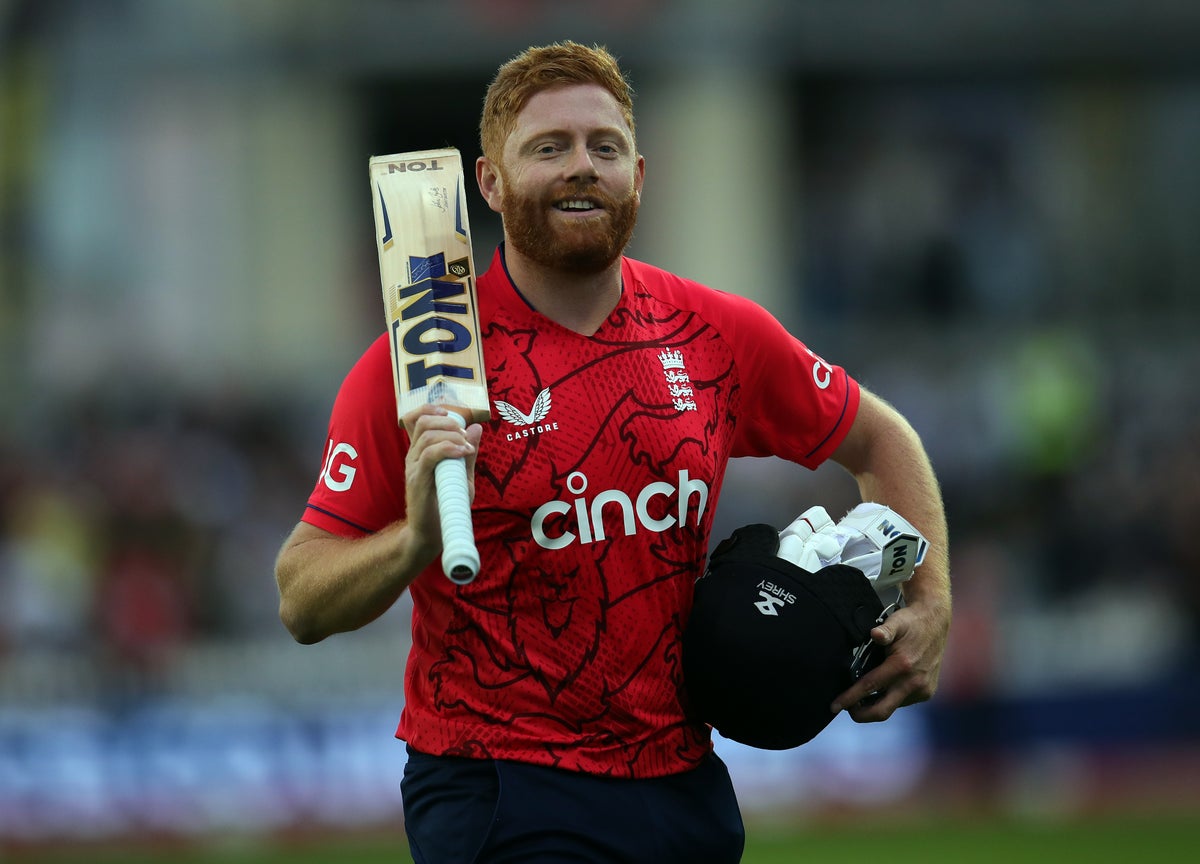 Jonny Bairstow hit a career-best 90 with club and Moeen Ali trumped a half-century with 16 balls as England racked up a whopping 234 for six in the first Vitality T20 against South Africa in Bristol.

The tourists challenged their opponents to bat first at the Seat Unique Stadium and soon found themselves at the end of a hefty punishment as 20 sixes rained down – a new England record, adding five to the previous mark.

Bairstow, who had started the day quashing speculation about his participation due to a sore knee, was responsible for eight of the top performances as he beat the Proteas with a blinding 53-ball knock that eclipsed his stellar summer across the formats continued.

He was in the crease at 41 for two after Lungi Ngidi removed opening players Jos Buttler and Jason Roy on the power play and dazzled the crowd until the penultimate ball of the inning.

The 32-year-old had been on strike and needed 10 runs from Ngidi’s last two deliveries, shooting the first of them sky high as he holed.

Rilee Rossouw showed himself safe on the occasion but he was one of the culprits as Bairstow was dropped in a ragged performance by a South African side on four separate occasions – 12th, 57th, 72nd and 77th – repeating came up short and missed their lengths.

Bairstow shared a dominant streak of 106 in 37 balls with Moeen, who cleared the ropes six times and hit them three times as he unrolled England’s fastest half-century in T20 cricket.

Tabraiz Shamsi was all over the place as he leaked 49 runs from three wicketless overs and Andile Phehlukwayo saw his numbers shattered when his fourth over was batted for 33. England hit five sixes from six legal deliveries, two for Bairstow and three straight from Moeen, with two wides and a single from a Reeza Hendricks drop completing the pain.

https://www.independent.co.uk/sport/cricket/jonny-bairstow-south-africa-england-bristol-moeen-ali-b2132698.html Jonny Bairstow continues to shine as England pile on 234 against South Africa