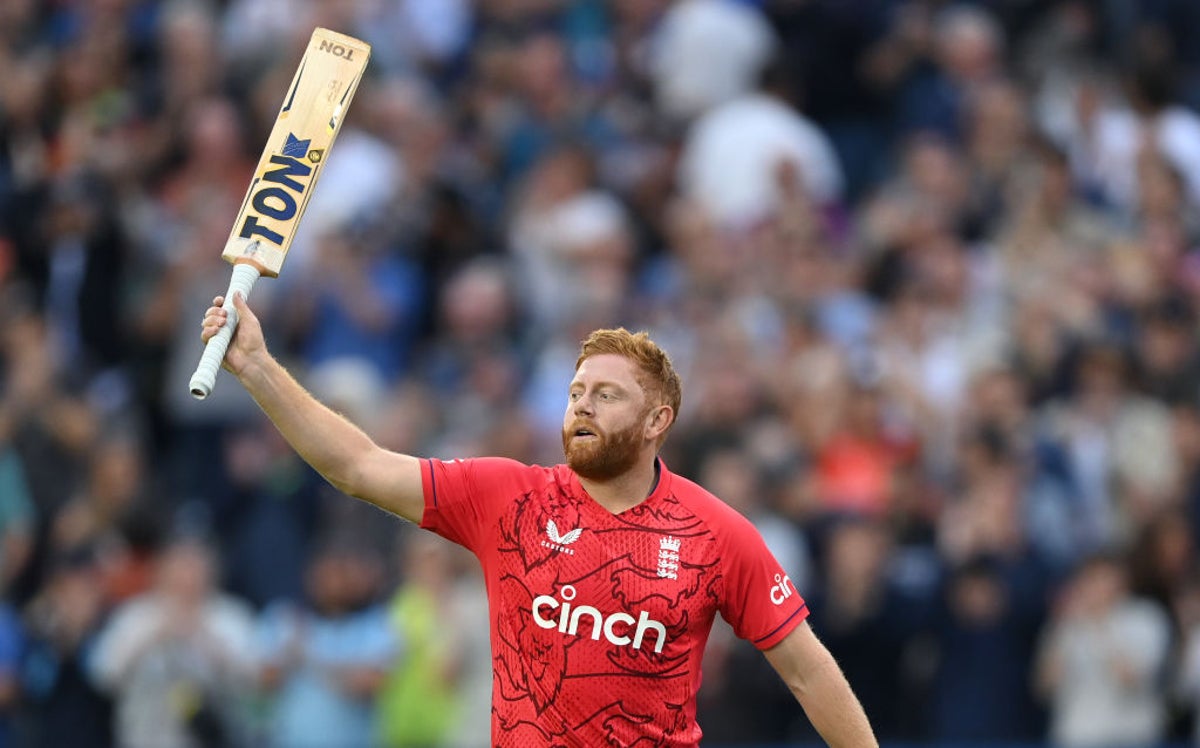 England relished the short borders at Bristol’s Seat Unique Stadium as they hit 234 to six – their second-highest total in the 20-over format and enough for a 41-run win.

They rained down a record 20 sixes, with Bairstow and Moeen (52) doing most of the damage during a dominating fourth wicket stand of 106 in 37 balls.

Bairstow has hit four centuries in his last five Test innings but narrowly missed registering his first T20 ton and potted the penultimate delivery of the innings when he attempted to take 10 from two balls. The Yorkshire man needed some luck along the way, dropping to 12, 57, 72 and 77 in a ragged fielding display, but there was nothing lucky about ball-hitting ability that allowed him to make money.

South Africa’s hopes of chasing a mammoth goal were dashed when the in-form Reece Topley knocked out Quinton de Kock and Rilee Rossouw in the second over of the reply, but a fearless 72 from Tristan Stubbs in his first international innings kept things interesting.

The hosts were fielded by David Miller, who saw Lungi Ngidi end a dangerous display from Jos Buttler and a lumbering one from Jason Roy to leave England at 41 for two.

That put Bairstow in the crease for his first T20 innings in eight months, a reflection of England’s compressed calendar rather than his first-choice status, and he was soon on the move with the first of his eight sixes.

Heinrich Klaasen could have prevented most of the damage if he’d had an early chance on a long long shot, but he lost sight of it and got out on what could have been a regular catch.

Dawid Malan chipped a flowing 43, but Moeen’s arrival in fifth took things to another level. At one point, he and Bairstow seemed to embark on a superiority game to see who could hit the ball the furthest, cleanest, and longest.

Tabraiz Shamsi ended a chaotic three-over spell by going wicketless for 49, Stubbs’ lone visit cost 20 and Andile Phehlukwayo was treated even harder as his last over shiped was 33.

Bairstow hit six straight shots early on, followed by two wides and a terrible drop from Reeza Hendricks before Moeen cleared the ropes three times in a row. Moeen’s sixth big hit saw him make 50 deliveries out of 16, and shattered one from the England record set by Liam Livingstone last summer.

He was next but had nothing to add to the tirade, instead focusing on Bairstow’s attempt to become the fifth Englishman to score a T20 Century, a pursuit that ended when he drove Ngidi deep for a restrained five to complete. wicket haul.

Topley undermined the chase with the new ball, De Kock sought cover and Rossouw hacked to a narrow third on his first shot after six years in Kolpak exile.

But they refused to lie down. Hendricks made the most of the fielding restrictions with a quiet 57 before potting to Moeen’s off-spin. Fellow spinner Adil Rashid eliminated Klaasen and Miller, but there was a new threat as Stubbs began to show his own batting range.

The 21-year-old mastered the challenge superbly, unloading against both pace and spin. Even as the required rate rose to 17, he kept his eye on her, taking Moeen for three sixes in four balls.

With 54 needed from the last three overs, Jordan’s Yorkers killed things as he conceded just three from the 18th and five from the 20th. Gleeson conceded with three wickets in between, Stubbs caught a long-off, Kagiso Rabada cleaned up and Phehlukwayo fluttered as the tourists closed well behind with 193 for eight.

Five hair tricks that can fake a facelift