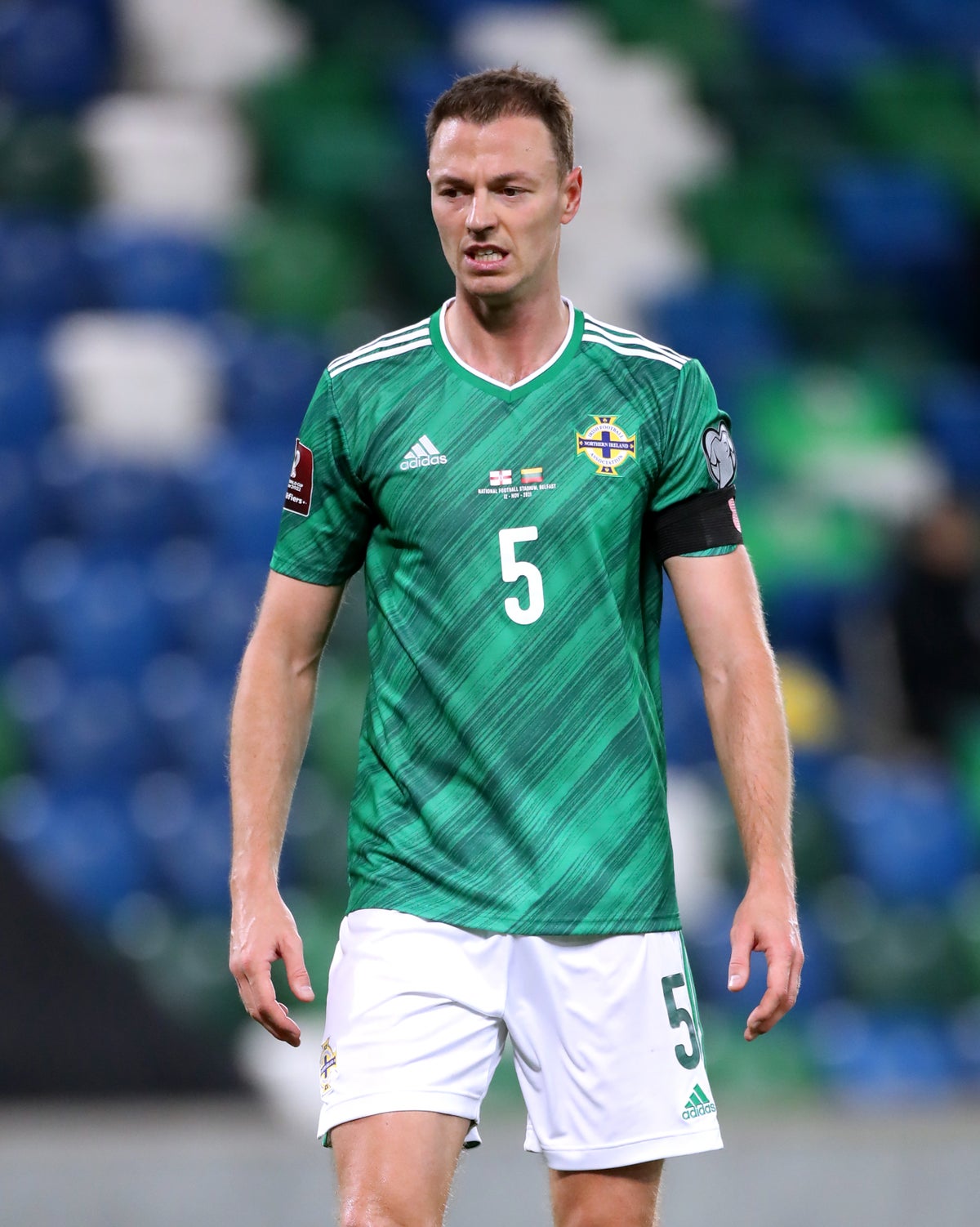 Jonny Evans insists Ian Baraclough still has the support of the Northern Ireland dressing room as attention turns to next year’s Euro 2024 qualifying campaign after a dismal Nations League run.

Tuesday’s 3-1 defeat by Greece will have an impact next year; Despite avoiding the threat of relegation, Northern Ireland will still fall back in the rankings with just one win in six and face the prospect of a more daunting qualifying draw.

After the game in Athens, Baraclough heard boos as he applauded the traveling fans, with scattered chants such as “We want Bara out”, but while the game was a far cry from how Evans wanted to celebrate his 100th cap, he believes that team is still moving in the right direction.

“Definitely,” said the Leicester defender when asked if the players support the manager. “I think he’s making progress every time, I think you could see how we defended (against Greece).

“We wanted to try to hit them on the break away and it worked well apart from two errors that led to their first two goals.

“I think it was six difficult games (across the Nations League).

“We’ve spoken before about the players who were missing for the summer games and I think those games were a great night against Kosovo to win (2-1 in Belfast on Saturday) with everyone back in the squad I think I think you might see a difference.”

Evans has endured many ups and downs since his debut 16 years ago and said Baraclough has guided Northern Ireland through a difficult period of recovery.

“We’ve had a big turnaround in players,” he said. “The summer month was difficult because we lost important players at the time and Stuart Dallas wasn’t in the squad.

But after the final whistle there was no denying the frustration of many of the guests – something Evans could understand given that Northern Ireland failed to win any of their four games in June – including home and away against basement boys Cyprus.

“You feel like you let the fans down, especially at home games,” he said. “I was disappointed in the fans. It’s unbelievable how many fans have come to Greece.

“We don’t try to win the group and they support us until the end. You have this sadness and disappointment for her.”

Such was Evans’ own disappointment at the final whistle that he completely forgot his famous cap, swapped jerseys with a Greek player and walked past his own family before he thought to look for them.

Not only the result left a sour aftertaste. Despite a friendly welcome from the majority of Greek fans, a small number of objects, including bottles, were thrown at Bailey Peacock-Farrell’s goal in the second half – a matter expected to be looked into by UEFA once the referee’s report has been sent out .

“I was disappointed with the amount of objects that were thrown onto the field,” Evans said. “This is my 100th cap now and I’ve been in some hostile atmospheres but I’ve never seen it in person.

“I don’t think it’s right, especially for Bailey in the second half, to have to accept that and deal with that. You could be hit at any time.

“There were also times with corners where you felt like you could get hit by something. The players over here seem to know how to handle that. Maybe it’s normal, I don’t know.”

12 underrated episodes about the twilight zone

Free session with gardening tips at Dobbies in Brighton