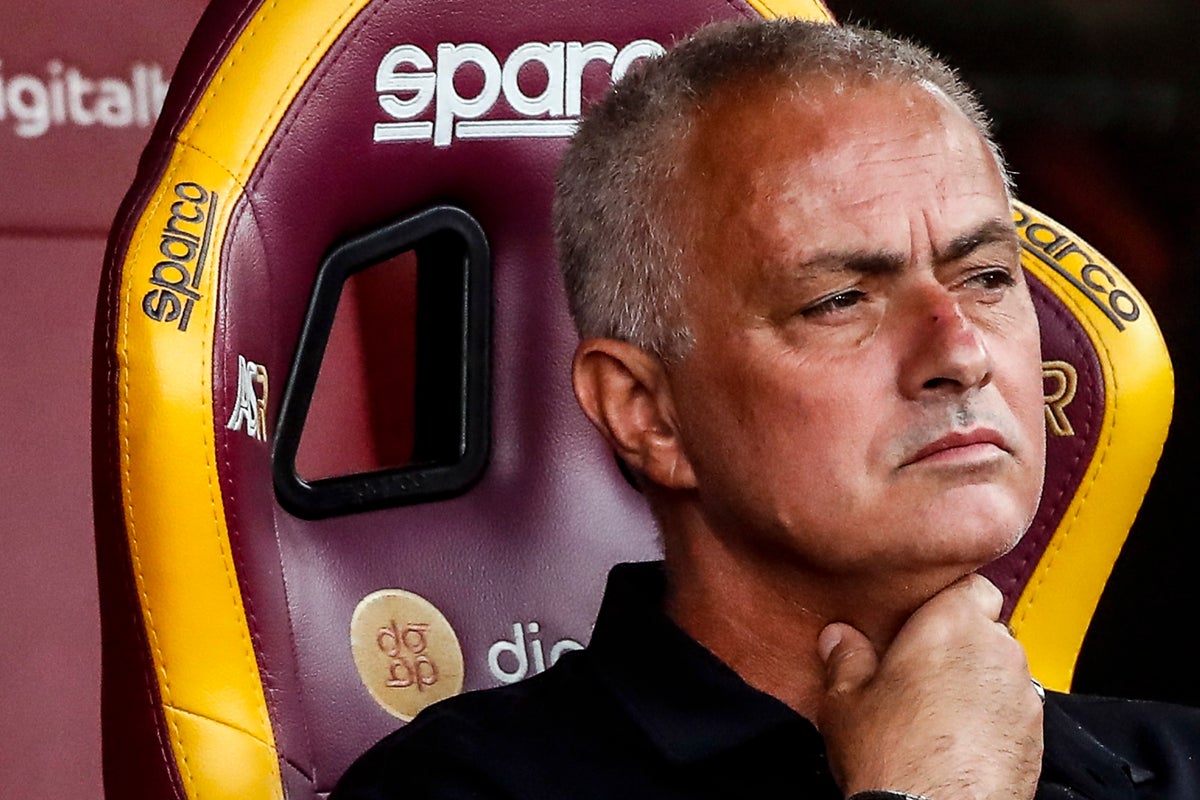 Roma manager Jose Mourinho said he will tell his players to “be clowns” to win penalties.

His comments come after he received a red card when he was furious at Nicolo Zaniolo not being awarded a penalty in the Serie A game against Atalanta. Mourinho’s side lost the game 0-1.

“There was a very clear penalty,” he said. “I asked the referee why and asked him to make it clear to me that it was because Zaniolo didn’t go down.

“That’s why I have to change my advice to my players, I have to tell them don’t try to stay on your feet, don’t play the ball, be a clown like many who dive like they’re swimming pool in this league , because that’s obviously how you get penalties.”

He was prevented from entering the pitch during his anger and said after the game it was a game his club should have won.

“It went badly because we lost a game that we should have won easily given the way we played,” he said. “If we can imagine this dominance in the last third, with many chances created, we can speculate that it would have been different with Paulo on the field.

“Nevertheless, those who played played well enough to win the game easily, but unfortunately we didn’t score and that’s why we lost.

“It’s not pleasant to go empty-handed, but it was a good performance, good vibes. We didn’t dominate Monza or Cremonese like Atalanta for 90 minutes here.”

Roma are sixth in Serie A after seven games.

https://www.independent.co.uk/sport/football/jose-mourinho-roma-atalanta-serie-a-b2170404.html Jose Mourinho tells Roma players to ‘be a clown’ to win penalties

Kate Winslet was hospitalized after suffering an injury on set