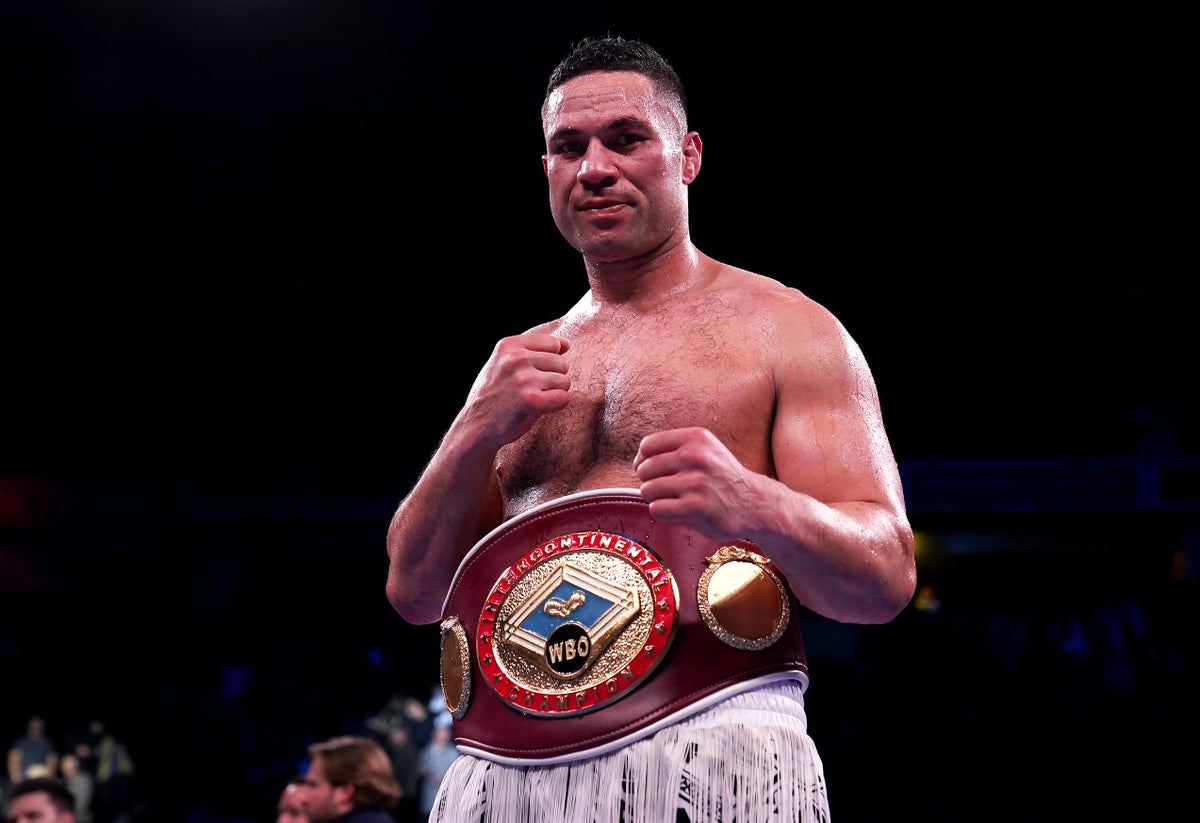 Joseph Parker has teased heavyweight rival Joe Joyce by warning the Brit that some of the crowd at Manchester’s AO Arena will support him.

The duo will face off on Saturday in a highly anticipated duel that will see the winner one step closer to a world title in 2023.

While London-born Joyce is the home fighter, most of his fights have taken place in the capital and this will be his first time in Manchester.

New Zealander Parker, meanwhile, is aiming for a fourth straight win in the arena and, having lived in Morecambe for most of the past 18 months, believes there will be a strong Lancashire following – including ‘brother’ Tyson Fury – to support him this weekend.

“I know the UK fans have been very good to me, very welcoming, so I think this is another home for me.

“I know when I fight one of their own they always support their own but there will be some that I have taken as my own who will cheer me on.

This will be Parker’s sixth fight in Britain, with his most notable competition coming at Principality Stadium in 2018, where he lost on points to Anthony Joshua in a world title match.

England have largely been the 30-year-old’s home since the coronavirus pandemic, having developed a strong bond with Fury, who is set to face Joshua in an all-British blockbuster affair later this year, although he has hinted on several previous occasions that he is going to retire.

Parker said of his training partner: “Tyson is at most training sessions, we go running and he’s in the gym.

“He lets Andy (Lee) teach me, coach me and develop game plans, but he adds his advice when and where he can. When he’s in the gym he brings that positive vibe and good energy so it’s always good to have Tyson in the gym. In his own gym, which I’ve now made my own!

“It will be good to see (Fury vs Joshua). Tyson has retired several times and come back several times but I think he’s going to stay in the boxing game for a while. He still has a lot to give.”

Former WBO champion Parker has been coached by Lee since last year and has picked up two wins out of two under his new team’s stewardship.

The long-term goal for the veteran boxer is to become world champion again and whoever triumphs in Manchester will become Oleksandr Usyk’s mandatory challenger, but a rematch clause has been inserted by Joyce’s camp.

“I don’t think the rematch clause should happen unless you’re a champion,” Parker insisted.

“I think they just needed it to feel like they were keeping their position as mandatory or number one, but that’s how much I support myself.

“I went into the fight, I know what it takes to beat him, I know I can beat him and if he wants a rematch and another spanking, I’ll give him another chance to concede again to lose.

“The two-time world champion is kind of further down the line. I can imagine becoming world champion again, but that’s not really the immediate (goal).

If Parker can defeat Joyce (14-0, 13 KOs) it could open the door to more fights with fellow British boxers and possibly revenge.

He added: “Fighting Dillian Whyte again to avenge my loss or fighting Joshua would be good but none of that is ever going to work or happen unless I get rid of this guy first.

“Joe Joyce has my 100 percent attention and I want to smack him in the face first before I smack them in the face.”

https://www.independent.co.uk/sport/joseph-parker-joe-joyce-manchester-principality-stadium-london-b2170791.html Joseph Parker is sure some Manchester crowd will support him against GB’s Joe Joyce