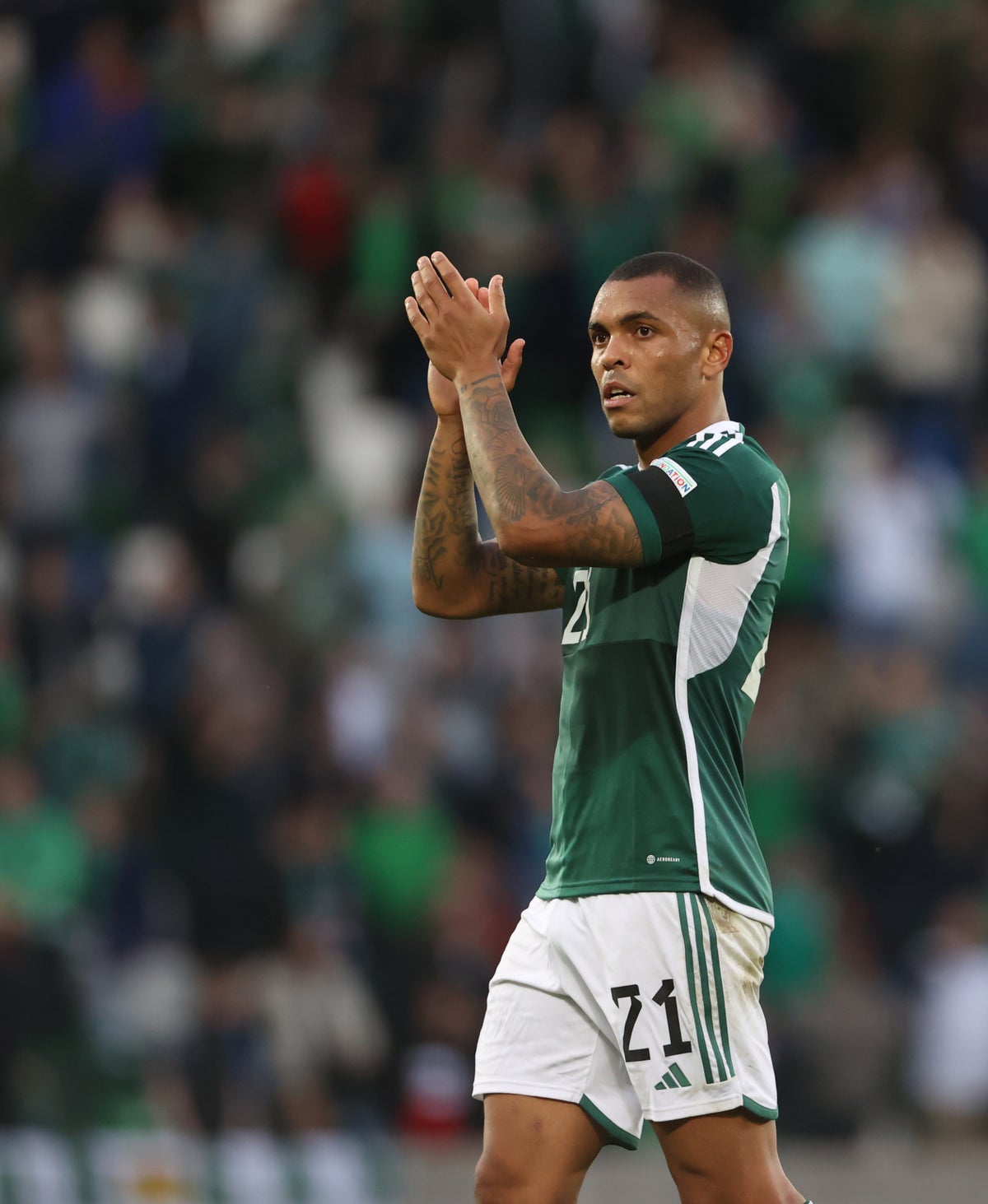 Gavin Whyte equalized Vedat Muriqi’s strike in the 82nd minute before sending Magennis’ cross home in added time to give Northern Ireland their first win of the competition on their 15th attempt and relieve some pressure on Ian Baraclough.

A small segment of the supporters had again urged the manager to go ahead of Whyte’s equalizer and this win was huge for Northern Ireland for a number of reasons after a few days of testing that saw both Kyle Lafferty and Conor McMenamin removed from the squad due to videos circulating were withdrawn, were withdrawn online.

“It was a tough, tough graft,” Magennis said. “It was close to not being toxic, but her [the fans] weren’t happy.

“I’m just glad we showed the character. The first half wasn’t the best, but in the second we had to go out and perform. Falling a goal behind at any level is tough, but equalizing and then going on and winning is massive.”

The Wigan forward admitted he didn’t actually see his header in the net but knew what had happened from the noise at Windsor Park.

“That was the kind of goal I like to try to create,” he said.

“Gavin is a winger through and through, one of the last of the old school and I knew from training all week if he gets past his defender he’ll put it in the box and thank God when it comes in I knew , if it was on target, it would have a good chance of getting in.

“Didn’t really see it go in, I was on the ground but then the place erupted. Being the winner was brilliant.”

The official announcement that McMenamin had been removed from the squad came less than an hour before kick-off and just a day after Lafferty was also sent home.

After the game, Baraclough said the problems were a distraction the squad could do without, but Magennis believes the players dealt with it properly.

“It wasn’t a difficult environment in the last few days,” he said. “The gaffer took on that responsibility and told us to just focus on playing.

“We knew everything; They are our teammates and the hotel is tight, you can’t get away from anyone for 10 days so we knew what was going on.

“But before it had a chance to get to us, Patrick (Nelson, IFA chief executive), the gaffer and (Captain Steven Davis) took it upon themselves to take care of the situation and they did.

“We knew it would always be on people’s minds and people would speak their minds, but that’s life.

“We did our best just to perform and luckily we were able to get the win.”