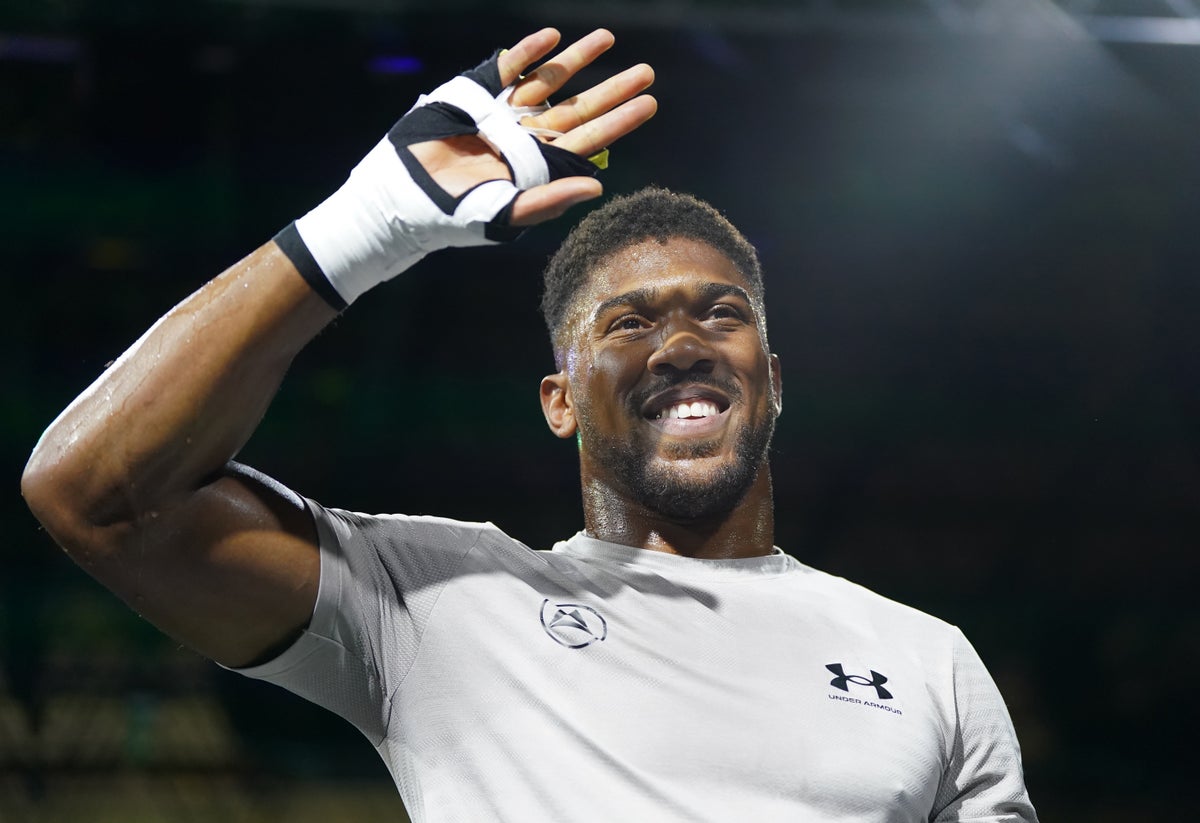 Anthony Joshua has ‘accepted all terms’ to fight Tyson Fury in December, his team have confirmed.

An all-British clash between Joshua and Fury seemed to be over for good after Joshua’s second straight decision loss to Oleksandr Usyk last month, which saw the Brit fail to regain the WBA, WBO, IBF and IBO titles from the Ukrainian.

Last week, however, WBC champion Fury offered the 32-year-old a shot at his belt, with Joshua agreeing to a 60-40 split of the purse in his opponent’s favor as talks progressed throughout the week.

Negotiations have been suspended after the Queen’s death while Joshua’s camp awaits a response from his rival.

A statement from its management company on Tuesday read: “258 and @MatchroomBoxing can confirm on behalf of @anthonyjoshua that we have accepted all terms presented to us by Fury’s team for a fight on December 3rd last Friday.

“Due to the Queen’s death, it has been agreed that all communications will cease. We are waiting for an answer.”

The Queen’s death on Thursday led to the cancellation of many sporting events in Britain, including all weekend boxing matches.

“We’ve put everything on hold at the moment,” said Fury’s UK promoter Frank Warren talk sport On Sunday. “It obviously wasn’t appropriate, that’s how we feel.

“We’ve put it on hold and will pick it up again in the next week or so. From our point of view, out of respect for what happened, we do not consider it appropriate.”

Fury then claimed to retire in the following months before informing the WBC in August that he intends to continue boxing.

The undefeated Briton has been pressuring compatriot Joshua to accept a fight in late November or early December.

Joshua would enter such a fight after back-to-back losses after both faced Usyk, who dethroned Joshua in September 2021 before retaining his belts against him this August.

https://www.independent.co.uk/sport/boxing/anthony-joshua-tyson-fury-fight-date-b2166082.html Joshua ‘accepts all terms’ to fight Fury in December