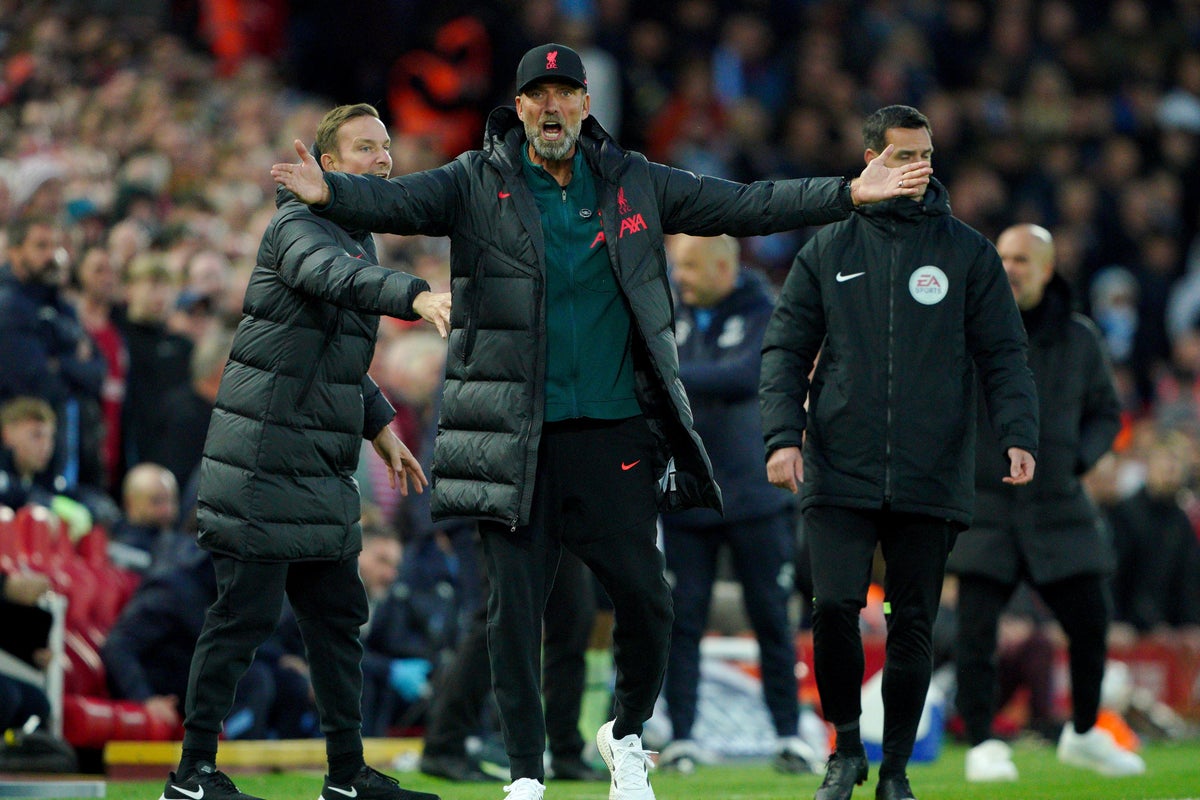 Liverpool manager Jurgen Klopp has to await referee Anthony Taylor’s report to know if he faces an additional penalty for his red card in Sunday’s 1-0 Premier League win over Manchester City.

The Reds boss was dismissed from the technical zone late in the game after exploding in anger at the official and his assistant referee after a foul was not awarded when Bernardo Silva brought down match-winner Mohamed Salah.

Unlike players, managers do not receive an automatic ban for a red card. Until Taylor’s full report is assessed, the PA news agency understands Klopp is currently free to resume touchline duties at home against West Ham on Wednesday.

The match official’s observations will determine whether no further action is required or whether a charge is filed: should it be a standard charge, Klopp would be asked to accept a one-match ban and fine.

However, he could also face a non-standard charge if his records show similar behavior over the past 12 months.

Four years ago, Klopp was fined £8,000 and warned about his future behavior after he rushed onto the pitch to celebrate with goalkeeper Alisson Becker after Divock Origi scored a Merseyside Derby winner in the sixth minute of added time had scored.

Taylor’s report is also likely to include details of coin tossing incidents after City boss Pep Guardiola complained in his post-match press conference about being attacked by fans in the main stand.

However, unless the incident has spread to a large number of fans, it is likely governing body Liverpool will be left with responsibility for identifying and sanctioning those involved.

City are also said to be unhappy that their team coach was attacked on the way home, damaging the windscreen after an object was allegedly thrown.

In 2018, City’s bus en route to Anfield was badly damaged after bottles and other objects were thrown by fans lining the streets.