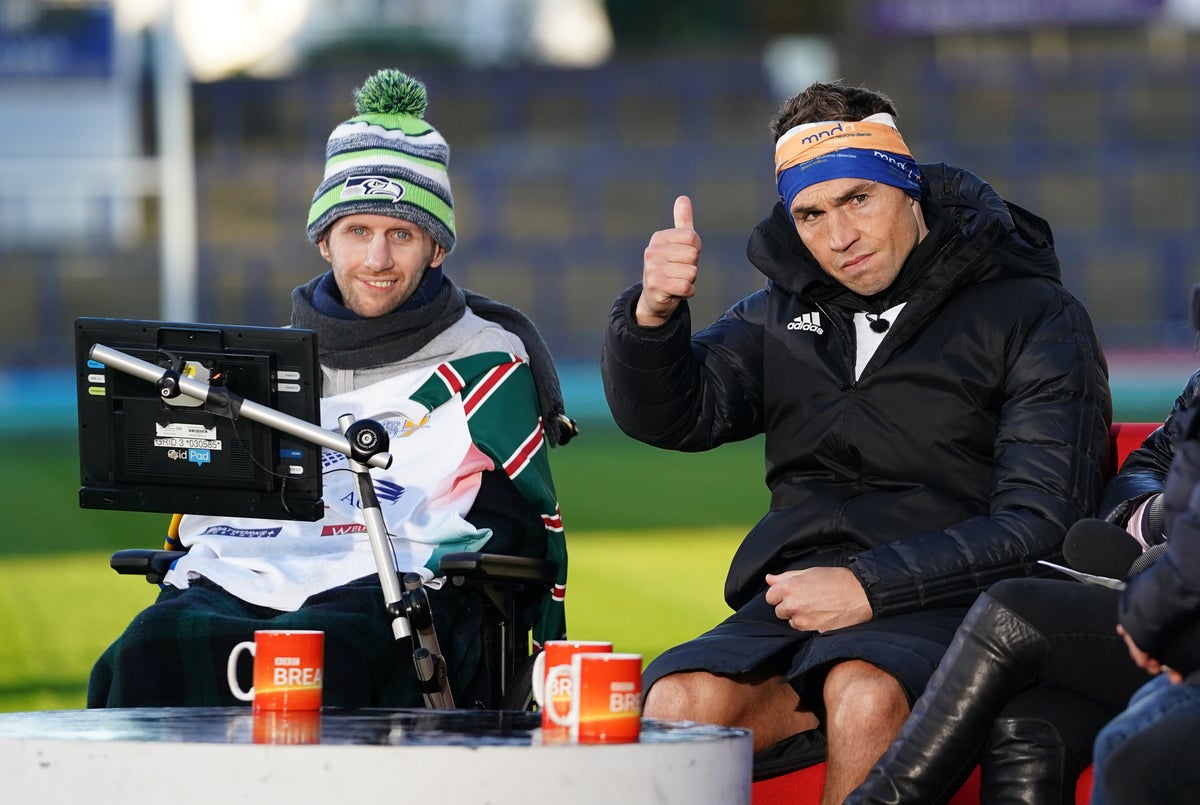 Kevin Sinfield will run seven ultramarathons in seven days in November as he continues his campaign to raise money and awareness to help people affected by motor neuron disease.

This is the third challenge in as many years accepted by Sinfield, whose great friend and former Leeds Rhinos team-mate Rob Burrow is battling the disease.

Sinfield, 42, previously ran seven marathons in seven days in 2020 before running from Leicester Tigers’ home ground of Welford Road, where he is defense coach, to the Rhinos’ Headingley Stadium and more in under 24 hours last October than raised £5 million.

He starts on Sunday 13 November and is aiming to arrive at Old Trafford for half time of the Rugby League World Cup final the following Saturday.

Burrow is one of several ex-sportsmen fighting MND, including Rugby Union’s Doddie Weir and Ed Slater, and footballer Stephen Darby.

The main beneficiaries of the challenge will be the MND Association and Leeds Hospitals Charity’s appeal to build the Rob Burrow Center for MND in Leeds, whilst there are also donations to MND Scotland, My Name’5 Doddie Foundation, the Darby Rimmer MND Foundation and the 4ED campaign.

Sinfield said on therhinos.co.uk: “This will undoubtedly be the toughest challenge yet. We tried to combine elements from our previous two events to create the Ultra 7 in 7.

“People with MND have no choice but to live with their condition every day and they are an inspiration to all of us taking part in the challenge. There has been some exciting news about ongoing drug trials over the last few days and we all feel that a breakthrough is near.

“MND is not incurable, it has just been underfunded and I believe that by raising funds we can give scientists and researchers the best possible opportunity to find this cure. We must also help those living with MND, give them hope and love so they know we are with them.”

Burrow, who celebrated his 40th birthday on Monday, added: “I’ve said it many times before, everyone should have a friend like Kevin. I’m sure this is going to be tough and I can’t wait to see Kevin and the boys out there cheering them on.

“People have already been so generous over the last two years and as Patron of the MND Association I want to say a big thank you, your support has changed the world for so many people. Make sure, Kev, and please support them as best you can.”

Gerry Giggins: Why you need to budget for food